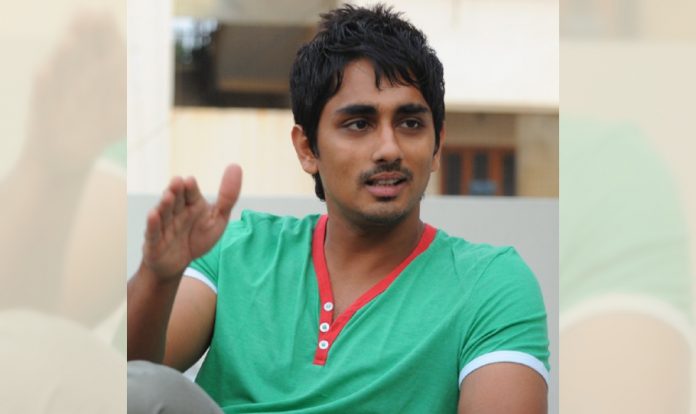 Actor Siddharth was on Monday came under severe attack over his tweet in response to badminton star Saina Nehwal’s message on Prime Minister Narendra Modi’s alleged security breach issue. Siddharth’s tweet was considered having ‘subtle’ sexual overtones and condemned by one and all.

Saina Nehwal had tweeted that the compromise on PM’s security was itself a threat to the nation and condemned the “attack on PM by anarchists”.

“No Nation can claim itself to be safe if the security of its own PM gets compromised. I condemn, in the strongest words possible, the cowardly attack on PM Modi by anarchists (sic)”.

A security breach was alleged when Prime Minister Modi was stuck on a flyover in Ferozepur in Punjab on January 5 as protesting farmers had blocked his road route. The Punjab government which was supposed to have cleared the route of all disturbances for the PM’s smooth travel had said that there was last minute change of plans from the initially planned helicopter trip which was aborted due to bad weather. The change of plans did not give enough time for police officials to clear the route.

Actor Siddharth’s response to Nehwal’s tweet was: “Subtle cock champion of the world… Thank God we have protectors of India. Shame on you #Rihanna (sic).”

Subtle cock champion of the world… Thank God we have protectors of India. 🙏🏽

Shame on you #Rihanna https://t.co/FpIJjl1Gxz

Several people were outraged at the ‘subtle sexual connotations’ in his tweet and criticised him severely.

“Absolutely unacceptable and unbecoming language to use for anyone. Whatever the disagreement, there has to be civility in discourse (sic),” tweeted Shiv Sena Rajya Sabha MP Priyanka Chaturvedi, adding, “Saina Nehwal is our country’s sporting pride, she has as much right to a political opinion as rest of the nation. You disagree-you debate, you don’t ever demean even if you strongly opposed to her thoughts and ideas. This illiberal approach to ‘liberal discourse’ is damaging (sic).”

Absolutely unacceptable and unbecoming language to use for anyone. Whatever the disagreement, there has to be civility in discourse. https://t.co/XUNYAMgd9R

Singer Chinmayi Sripaada too criticised him. “This is really crass, Siddharth. You just contributed to what a lot of us women are fighting against.”

Siddharth responded to the criticism, saying he had not intended anything “disrespectful”. “‘COCK & BULL’ That’s the reference. Reading otherwise is unfair and leading! Nothing disrespectful was intended, said or insinuated. Period (sic),” he tweeted.

That's the reference. Reading otherwise is unfair and leading!

Nothing disrespectful was intended, said or insinuated. Period. 🙏🏽

The Chairperson of the National Commission for Women Rekha Sharma too condemned Siddharth. “This man needs a needs or two. Why this person’s account still exists? Taking it up with concerned Police,” she tweeted.

The NCW has also issued a notice to Siddharth, saying the comment was “misogynist and outrageous to the modesty of a woman amounting to disrespect and insult to dignity of women on social media platforms”. It has asked the Maharashtra DGP to immediately investigate the matter and file an FIR. It has also written to Twitter to take appropriate action against Siddharth.