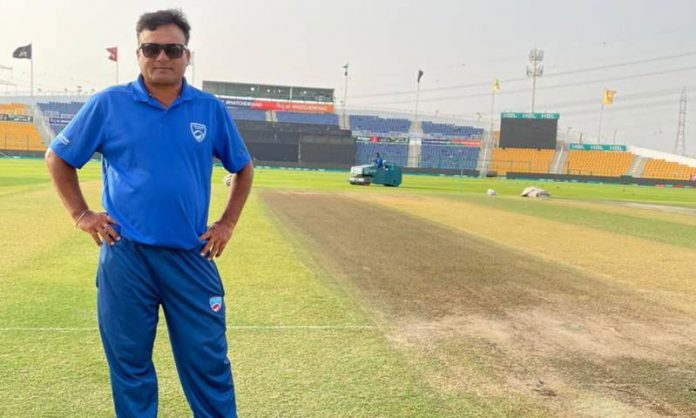 The pitch curator of Sheikh Zayed Stadium in Abu Dhabi Mohan Singh was found dead ahead of the T20 match between Afghanistan and New Zealand there on Sunday.

The cause Singh’s death, who was previously associated with the Mohali Stadium in Chandigarh, is not yet known and the police is investigating his death.

The Abu Dhabi Cricket officials have confirmed the death and said that Singh’s family have been informed and were on their way to Abu Dhabi.

The news broke even as the match between Afghanistan and New Zealand was underway at the ground. The ICC officials could not be immediately reached for a comment but it can be confirmed that the world body had used the services of Indian origin curator for the global event.

“It is very shocking news, he was very well known to me,” former chief curator of BCCI Daljit Singh was quoted as saying by Cricbuzz. “He was very a hard-working, committed and ambitious person. My condolences to the family,” he added.

Mohan worked under Daljit for more than 10 years before moving to UAE. “He would be in touch with me regularly and I will check with his family,” Daljit further said.

Mohan, in his mid-40s, was employed by the Abu Dhabi cricket authorities. The ICC, which is hosting the World Cup, in three grounds in UAE, which include Dubai, Sharjah and Abu Dhabi, has engaged with the ground staff of the Sheikh Zayed Stadium.

Meanwhile, India crashed out of the ICC T20 World Cup 2021, as New Zealand defeated Afghanistan by eight wickets, in its last Super 12 match in Abu Dhabi on Sunday.