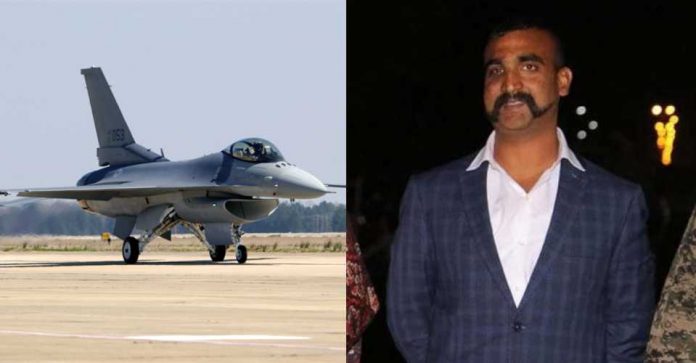 In order to commemorate Wing Commander Abhinandan Varthaman’s encounter with the Pakistan Air Force’s F-16 aircraft in February this year, the MiG-21 Bison Squadron, which he belongs to, will now have special uniform patches. The squadron has assumed the sobriquet –Falcon Slayers. Along with the MiG 21 squadron, no 51, the Sukhoi-30 squadron that successfully countered the air attack by Pakistan through the AMRAAM missiles of the PAF F-16s has been assigned the name ‘AMRAAM Dodgers’.

Varthaman, who shot down the F-16 on February 27 in Jammu and Kashmir, ejected safely in Pakistan, but he was captured in the territory, only to be released a couple of days later.

Patches or cloth badges indicate the role of the squadron apart from representing its most significant engagement. Depicting the type of aircraft the squadron flies, patches adorn the flying overalls.

The patch shows a MiG-21 Bison in the foreground and a red F-16 in the background depicted in crosshairs.

Group Captain Anupam Bannerjee, IAF spokesperson, told The Indian Express, it was common for squadron pilots to wear patches that connect to a feat which the unit has performed. “Patches instil a sense of pride in not only the present generation of pilots but also future ones. It gives a sense of achievement to the pilot,” he said.

The patches have designed by a young aviation enthusiast, Saurav Chordia, who has designed a variety of patches for several IAF squadrons in the past, as well as air exercises.