The four accused in the Hyderabad rape and murder case were shot dead by the police in an encounter on Friday (December 6) morning, reports said.

Cyberabad Police Commissioner VC Sajjanar said the encounter took place between 3 am and 6 am, almost 100 metres from the spot on Highway 44 near Shadnagar, where the victim’s charred body was found on November 28.

DCP of Shamshabad Prakash Reddy told ANI that the accused had been taken to the site for the reconstruction of the crime. But, they tried to escape by snatching the weapon of the policemen and firing at them. The police opened fire in retaliation, killing the four accused on the spot.

DCP Shamshabad Prakash Reddy: Cyberabad Police had brought the accused persons to the crime spot for re-construction of the sequence of events. The accused snatched weapon and fired on Police. In self defence the police fired back, in which the accused were killed. #Telangana https://t.co/4wAH9W8g3O

On November 28, the charred body of 27-year-old veterinarian Disha was recovered from under a culvert near Highway 44 on the outskirts of Hyderabad.

The accused Jollu Naveen, Chintakunta Chennakeshavulu, Jollu Shiva and Mohammad Areef, all aged between 20 and 24, were lodged in a high-security jail after being arrested on November 29, within 36 hours of the crime.

On November 30, they were produced before the Shadnagar court and remanded to 14-day judicial custody.

On December 4, the court granted Cyberabad police seven-day custody of the accused. The police have been interrogating them since then.

The same day the Telangana government had issued orders for setting up a fast track court for the trial of the four.

The encounter killing comes in the wake of a growing chorus of demand for capital punishment for the perpetrators of the horrific crime.

Also read: When will we go beyond drama to end rapes?

The encounter has elicited mixed reactions from several quarters, with some lauding the “instant justice” served to the accused and others criticizing the police for executing the accused before trial.

“I am extremely happy with this punishment. Police have done a great job and I demand that no action should be taken against the police personnel,” said Asha Devi, the mother of the 2012 Delhi gangrape victim Nirbhaya. 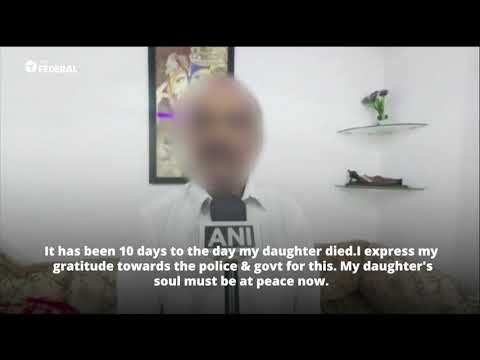 Friday’s encounter is reminiscent of a similar killing of the accused in an acid attack case in Telangana’s Warangal town about 11 years ago.

In December 2008, two engineering students were attacked with acid outside the gate of their college in Warangal in a suspected case of spurned love.

Amid massive public outrage over the incident, the three suspects were swiftly gunned down by the police in what was widely seen as a fake encounter. Though the encounter was clearly stage-managed, the killing of the attackers was largely welcomed by the people.

Incidentally, VC Sajjanar, a 1996 batch IPS officer who was the Warangal district superintendent of police when the incident occurred, is now the commissioner of Cyberabad police under whose jurisdiction the gruesome crime had occurred.

In a similar encounter, Mohan alias Mohanraj, the prime accused in the abduction, sexual assault and murder of two siblings, was gunned down by the Tamil Nadu police in an encounter on the Podanur-Vellalore road on November 9, 2010.