As many as 18 people including two pilots were killed and 127 hospitalised after an Air India Express flight from Dubai with 190 on board overshot the tabletop runway in Kozhikode airport in Kerala on Friday (August 7) night while landing amid heavy rains and fell into a 35 feet deep gorge and broke into two portions.

Confirming the deaths on Saturday (August 8) morning, Civil Aviation Minister Hardeep Singh Puri said the government’s “task would have been much more difficult if the plane had caught fire.”

“Under the Vande Bharat Mission, the flight was coming from Dubai carrying 190 passengers. Pilot must have tried to bring the flight to the end of tabletop airport’s runway where it skidded due to slippery conditions owing to monsoon,” Puri told ANI before leaving for Kerala.

Minister of state for external affairs V Muraleedharan has also reached the site to take stock of the situation.

18 people, including two pilots, have lost their lives in the incident. pic.twitter.com/r1YRiIkbrM

Kerala Chief Minister Pinarayi Vijayan and Governor Arif Mohammad Khan are slated to visit the spot where the crash happened.

Officials confirmed that the rescue operations at the site have been completed and the injured transferred to hospitals in Malappuram and Kozhikode.

The pilot-in-command Captain Deepak Sathe and his co-pilot Akhilesh Kumar were among those who died, police and airline officials said. Sathe was a former Wing Commander of the Indian Air Force (IAF) and had served at the forces flight testing establishment. “Unfortunately the pilots have passed away and we are in touch with their families in grief,” said an Air India Express statement past midnight. The national transporter also reported on Saturday that the four cabin crew members were safe and are undergoing treatment at Kozhikode hospital after suffering some injuries.

17 people, including two pilots, have lost their lives in the incident. pic.twitter.com/UUWTjAlTgZ

The Civil Aviation Ministry said the Boeing 737 aircraft on a flight from Dubai to Kozhikode overshot the runway at Kozhikode airport at 7.41 pm on Friday. “No fire was reported at the time of landing,” it said.

There were 184 passengers including two pilots, 10 infants, and four cabin crew members on board the aircraft, the ministry added. It was a repatriation flight operated by the Centre under the Vande Bharat mission to bring home Indian nationals hit by international travel restrictions due to the spread of COVID-19.

Two special relief flights – from Delhi and Mumbai – have been arranged to render humanitarian assistance to passengers.

Personnel of the Aircraft Accident Investigation Bureau (AAIB), DGCA and Flight Safety Depts have reached the spot to investigate the crash.

Civil Aviation Minister Puri on Friday had said that a formal enquiry will be conducted by AAIB into the incident.

Malappuram District Collector K Gopalakrishan said the identity of the victims was not immediately known. He said some of the injured were in a critical condition. Riyas, one of the passengers, who was rescued, said the flight went around the airport twice before attempting to land. “I was in the back seat. There was a big noise and I don’t know what happened after that,” he told a TV channel. Fathima, another passenger, said the flight landed with heavy force and moved forward.

A statement by civil aviation regulator DGCA said the airplane after landing at Runway 10 continued moving to the end of the runway amid heavy rains and “fell down in the valley and broke into two pieces”.

The Air India Express is a wholly-owned subsidiary of Air India and it has only B737 aircraft in its fleet.

TV footage from the accident site showed the aircraft split into two pieces and the debris lay scattered on the ground.

The flight was carrying 190 people; injured shifted to hospitals in Malappuram & Kozhikode. Death toll in the flight crash landing incident is at 16. pic.twitter.com/ZrDQDjfOSg

The mishap brought back memories of the crash of Air India Express flight IX 812 on May 22, 2010 at Mangaluru International Airport. The flight from Dubai had overshot the runway and plunged down the cliff into a wooded valley, killing 158 people. The probe into the 2010 crash had found that the Captain misjudged the height while landing, resulting in the flight overshooting the runway located on a plateau.

Help centres have being set up in Kozhikode, Sharjah and Dubai.

The helpline numbers for relatives or passengers are: 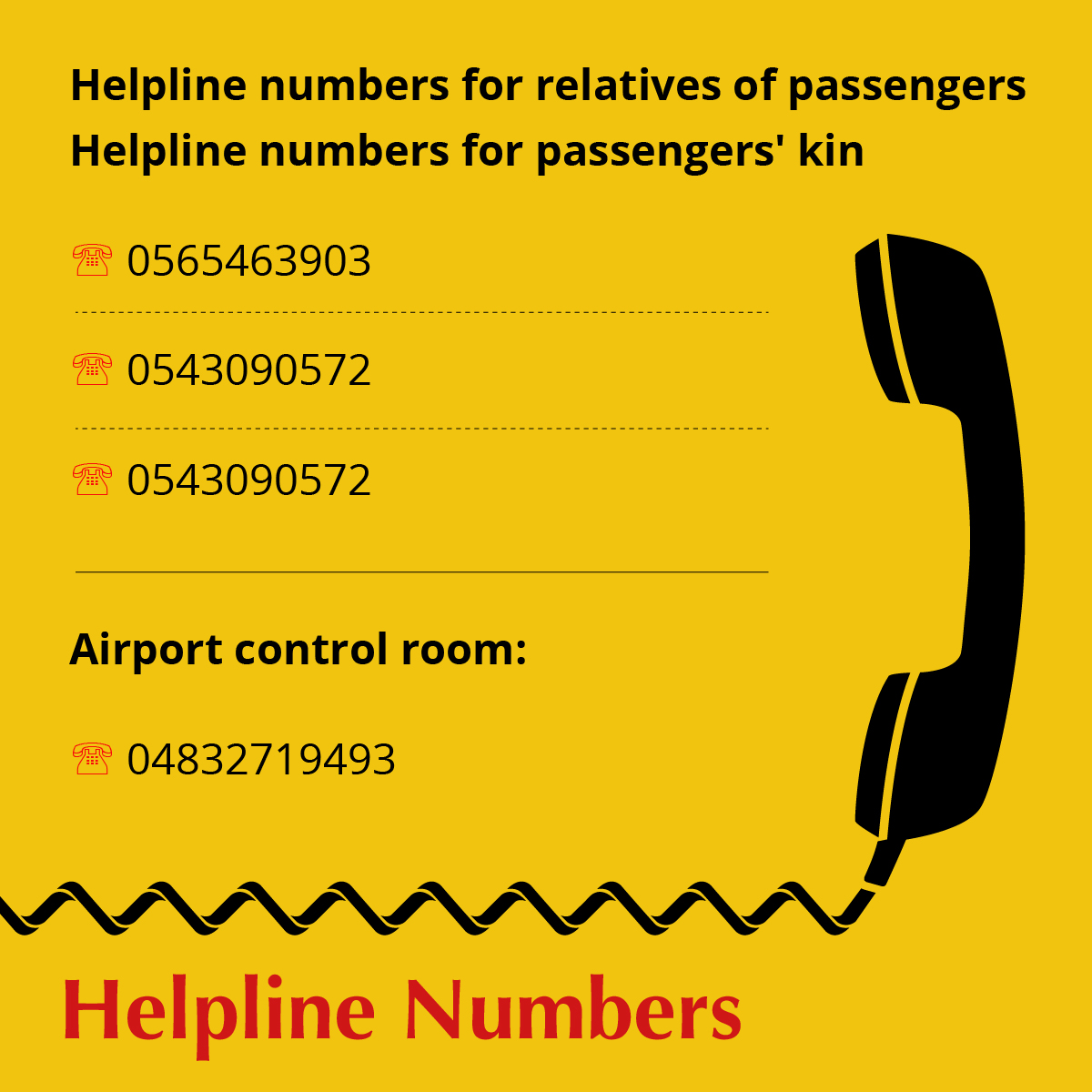 The Consulate General of India in Dubai said the consulate will be open on Saturday at 8 am to help those who want assistance to travel to Kerala or any information related to the incident.

“Pained by the plane accident in Kozhikode. My thoughts are with those who lost their loved ones. May the injured recover at the earliest,” the prime minister tweeted.

Authorities are at the spot providing all assistance to the affected, Modi said.

Ken Juster, the US Ambassador to India has expressed his grief over the incident.

“On behalf of the US Mission, we are deeply saddened by the news of the Air India accident in Kozhikode. The victims and their loved ones are in our thoughts and prayers,” he said on Saturday.

A night of painful shrieks

Screams of pain, blood soaked clothes, terrified children and the blare of ambulance sirens captured the distressing scene that unfolded after the ill-fated plane fell into the valley with a deafening sound.

Amid heavy rain, rescue personnel, including the local civil police, rushed to pull out the injured people from the aircraft while the passengers were stunned to even comprehend what had happened in a matter of moments that led to chaotic moments.

Children, some as young as four or five years clung on to the rescue personnel while things strewn around, from shoes to baggage, bore tell-tale signs of the agonising moments endured by passengers. The scene was similar in hospitals where the injured were rushed as screams rent the air with health workers trying to provide succour.

People living nearby pitched in on time to lend a helping hand to the shocked passengers. A local man said he rushed to the airport after hearing a “terrible thud” when the airplane fell.

“Small kids were trapped under the seats and it was such a distressing sight,” he said. “When we reached there some were deplaned.

“Many of them were seriously injured. Legs were broken….My hands and shirt were soaked in the blood of the injured persons,” he said. Another man in the rescue operations, who could not be immediately identified, told a TV channel that the “injured pilot of the aircraft was taken out from the cockpit after breaking it.”

By the time ambulances started reaching the spot, the locals had already started shifting injured passengers in cars to various hospitals in Kozhikode and Malappuram districts, he said.

The Karipur airport is a tabletop runway facility that is deemed relatively dangerous for landing aircraft. An ill-fated Air India aircraft skidded off the runway while landing at the Mangaluru airport, another tabletop runway site, killing 158 passengers on May 22, 2010. The flight, which overshot the runway, hit a sand bar first and then a concrete tower before falling off the tabletop and catching fire.

The runway is on a ‘tabletop’ in Karipur. If any plane overshoots it, it will fall off the hill seen here. This photo was taken by former Kerala DGP Jacob Punnoose.

In India, Karipur in Kerala, Mangaluru in Karnataka, and Lengpui in Mizoram are tabletop runways.

The DGCA had raised safety concerns about the Karipur airport in July and flagged issues like ‘excessive rubber deposits,’ cracks and stagnating water on parts of the runway.

These issues are said to be dangerous for landings, especially when Kerala is witnessing heavy rainfall, since these factors reduce friction during landings. The aviation regulator had given 15 days to the Airports Authority of India (AAI) to respond to the audit.

An AAI spokesman told Times of India that runway friction was being maintained at a higher value, as per the DGCA requirement. “We have procured exclusive rubber deposit removal vehicles costing 5.5 crores,” the TOI quoted the official as saying.

100 planes landed on Kozhikode’s tabletop runway since May 7: Union ...