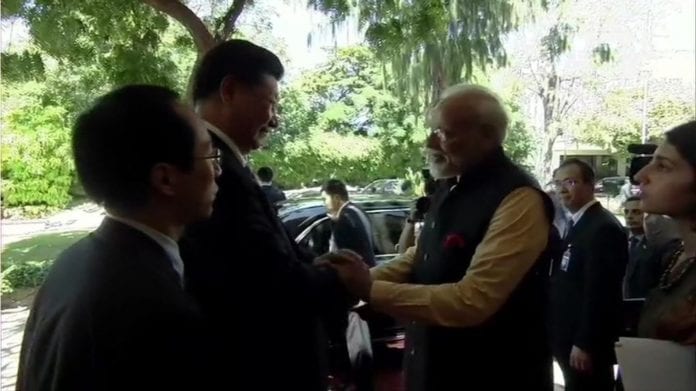 On completion of his two-day informal summit with Indian Prime Minister Narendra Modi, Chinese president Xi Jinping left for Chennai airport, on Saturday (October 12), from where he took off to Nepal.

Foreign Secretary Vijay Gokhale is briefing the press about the informal meet and the decisions taken during the meet.

Earlier, after two-and-a-half hours of one-on-one talks on Friday (October 11) in the coastal town of Mamallapuram in Tamil Nadu, Modi and Xi held their second round of talks in the morning at the Taj Fisherman’s Cove Resort and Spa.

The meeting was followed up by delegation-level talks involving top officials from both the sides led by their respective leaders. At the end of it, the prime minister took Xi on a tour of handloom exhibition and gifted him a stole. Thereafter, lunch was hosted by the Indian premier to the visiting dignitary.

The two sides are expected to issue separate statements on the outcomes of the two-day  summit.

You don’t rule the world any longer: China hits back at G7 nat...

Cabinet reshuffle on the cards? PM Modi, Shah & Nadda in a hudd...

Centre hits back at Mamata, may file FIR against Chief Secretary