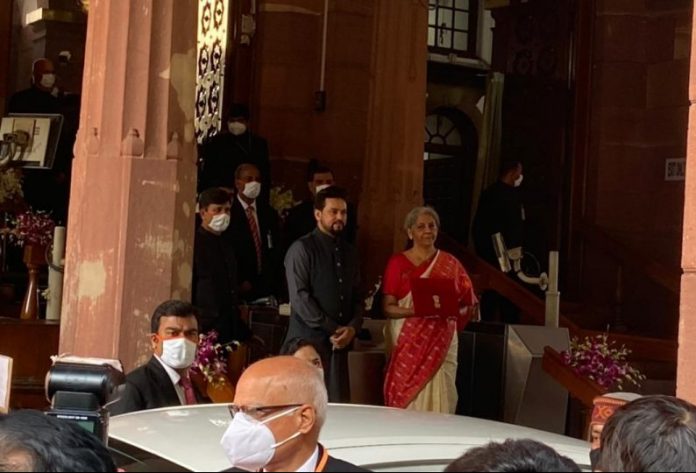 Finance Minister Nirmala Sitharaman’s budget for 2021 strives to strengthen the current recovery in the economy post the COVID crisis through huge government spending, especially in infrastructure. It also laid emphasis on health by announcing an outlay of ₹2,23,846 crore, against ₹94,456 crore, an Increase of 137%. Sitharaman also announced the PM Atmanirbhar Swasta Bharat Yojana withy an outlay of 64,180 crore over six years.

She also announced a slew of measures for infrastructure, like new economic corridor, sticking to the tried and tested method of reviving economy through government expenditure.

The capital expenditure for FY22 has been estimated at ₹5.5 lakh crore, up 34.5 per cent from the revised FY21 estimate of 4.39 lakh crore.

The fiscal deficit for the year FY21 is pegged at 9.5% of GDP, necessitated by the measures needed to tide over the unforeseen crisis caused by COVID, finance minister Nirmala Sitharama said in the budget.

The finance minister announced an increase in FDI limit in insurance to 74% and also allowed foreign ownership. She said consumers will have more options to choose power distribution companies.