Manmohan Singh's first Budget was regressive in many ways. Liberilisation appeared as a side product of the need to address the shortage of foreign exchange

Why the 1991 Budget was not reformist 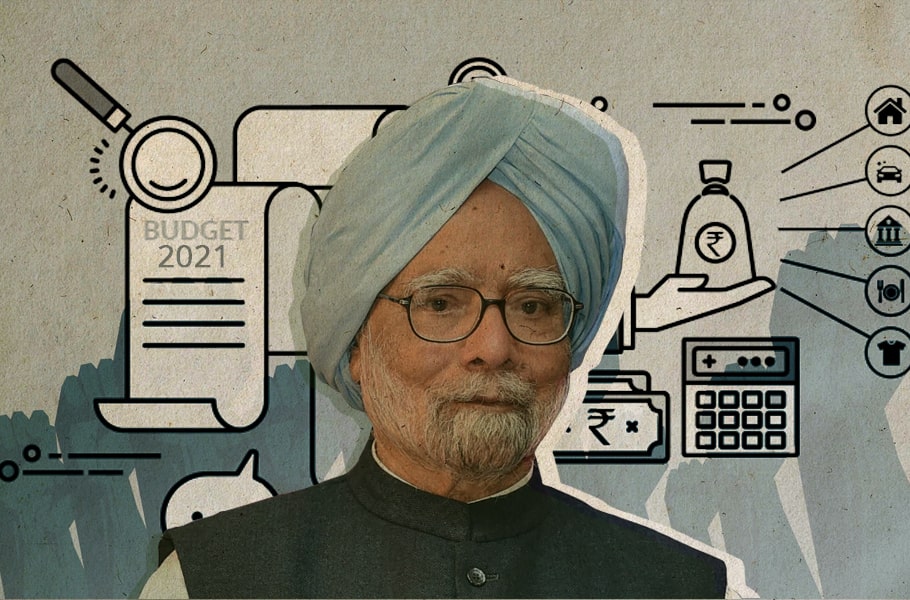 Over centuries, legends and myths are built on events, which are layered by half-truths, even falsehoods. Sometimes, this process can happen within decades, and leads to a distortion of history in dastardly ways. In recent economic memory, everyone blindly accepts that Finance Minister Manmohan Singh’s first Budget in July 1991 epitomized the reforms that he initiated with the industrial policy, and double devaluation of the rupee a few weeks earlier.

As the current finance minister, Nirmala Sitharaman, readies to present her third Budget, the 31st since Singh’s first, and thirty years after reforms kicked in, this may be an opportune time to look at the initial legacy of Manmohan Singh. There are no doubts that the 1991 Budget was seminal in several ways. It continued the process of opening of floodgates for private investments, both Indian and foreign, and gave enough flexibility to entrepreneurial endeavours.

But, at the same time, Budget 1991 was also regressive. There were measures that Singh announced, which harked back to the socialist-planning era more vehemently than the previous four decades. In fact, there were several industrialists, who hated it – and this isn’t about the Bombay Club, a close-knit group that had profited from the earlier controls, quotas, and licence regimes. Even the middle class, which elevated Singh to the status of an economic God, was peeved.

After the new Industrial Resolution that did away with most of the constraints of the licence-quota policies, Singh’s first Budget allowed foreign investment, up to 51%, in “specialized high-priority industries”. He promised a “prompt approval, if equity inflows are sufficient to finance the import of capital goods at the stage of investments, and if dividends are balanced by export earnings”. Focus on the caveats, rather than the overall measure.

Non-resident Indians (NRIs) were wooed to even buy real estate. A fifth of the government’s holdings in select PSUs would be offloaded to state-owned institutions and mutual funds. Yet another caveat! The interest rate regime was further freed, as the government decided to fix a floor rate, and allowed lenders to charge interest “on their perceptions of risk”. In essence, interest rates went up, and not down, which had a hammer-blow impact on the business community.

However, what not many people, including experts, remember is that Budget 1991 hiked the corporate tax rate. In his speech, the finance minister claimed, “I feel disappointed that the phenomenal growth in the output, value-added and profits of the corporate sector in recent years has not been appropriately reflected in corporate tax collections.” Hence, he advocated a 5% increase in the tax rate – to 45% for “widely-held” firms, and 50% for “closely-held” ones.

If this wasn’t enough, he extended a tax that was introduced in 1987 to other areas. This was the contentious move to curb, as the socialist would say, “ostentatious expenditure”. Four years before Singh’s Budget, the tax was limited to hotel room rent that exceeded Rs 400 a night. The finance minister extended it to “expenditure incurred in restaurants providing superior facilities like air-conditioning”. Obviously, the aspirant middle class hated this move.

Days before the Budget, Singh, through the central bank, announced steep devaluation of the rupee in double dosage. The idea was to reflect the real value of the country’s currency, and boost exports. As was inevitable, this led to the abolition of the export subsidies. The new trade policy, which was announced a day before by none other than P. Chidambaram, the man credited with the maximum of budgets in the past three decades, compensated exporters in other ways.

Any economics student can tell you that devaluation helps exporters, but ruins a country’s imports, which become exorbitant. In a bid to safeguard the government’s finances, which could be decimated by higher value of imports, Singh unabashedly raised the prices of “petroleum products for domestic consumers”. His justification in the budget speech: “This would also help restrain the growth in consumption of petroleum products.” No cars and bikes, please.

Petrol, LPG, and aviation fuel, went up by 20%. Other products, except diesel and kerosene (thank God!), were up by 10%. Singh did announce a 10% reduction in kerosene, which was then used by poor families, but it implied only “a 50% roll back in relation to the increase in the price that came into effect on 15 October 1990”. Kerosene became dearer for the rural folks less than nine months ago, and the 1991 Budget gave them a small reprieve.

Of course, if the finance minister had showcased the increase in fuel prices as reforms, as an attempt to reduce the huge fuel subsidies, it could have made sense. But hikes to control consumption, to force people not to take flights and long car trips, wasn’t connected to liberalization in any manner whatsoever. The better step he took was to “free price and movement controls” in the case of a few fertilizers. And hike the prices of the others by 40% to curb subsidies.

Decades later, most of us still remember the voluntary disclosure scheme, which was announced by Chidambaram in the late 1990s, and allowed the holders of black money to convert their ill-gotten wealth into white, without the payment of taxes. It was appropriately criticized by many experts, and even the Comptroller and Auditor General concluded that the scheme was misused. People nefariously used the scheme to hoodwink Chidambaram.

However, most of us do not remember that in his first Budget, Singh announced, not just one, but several measures to give relief to the dishonest taxpayers. For example, one of the schemes allowed remittances in foreign exchange, whose sources “would not be subject to scrutiny” under the country’s tax laws. “In other words, I propose to provide immunity for such remittances...,” he said. Even if the money was gifted, it lay outside the purview of the gift tax.

There was another scheme, which allowed the State Bank of India to issue India Development Bonds. These could be bought by NRIs and companies that were registered abroad. There was no ceiling on the amount that could be invested in these bonds; the only restriction was a maturity period of five years. As expected, black money flew from the country to tax havens, and came back in the form of India Development Bonds, with no questions asked.

Clearly, Singh’s strategy was not that of a reformist. His first Budget was a more complex affair, and the finance minister tried to juggle several balls in the air, and balance extreme, even contradictory, expectations among the business community and middle class. His reforms were aimed to counter a crisis, the huge shortage of foreign exchange that forced the country to ship out its gold. The liberalization was to put the country’s finances in order.

It is ironic that Sitharaman finds herself in a similar situation in 2021. A debilitating crisis, though not a financial one, has crippled most global economies, including India’s. Reforms are the need of the hour, as was the case in 1991. But there are several sections, like farmers, which hate how the market-oriented policies are being forced down people’s throats. The same was true for Singh. Can Nirmala Sitharamn play the Singh’s game, and please several quarters.