As part of our ongoing series on 30 years of reforms, we look at how MGNREGA, a welfare scheme for rural poor, led to huge changes in labor and social dynamics, which included higher school enrolments of girls and, hence reduced dropout rates

I earn you learn: Unintended consequences of MNREGA on rural India 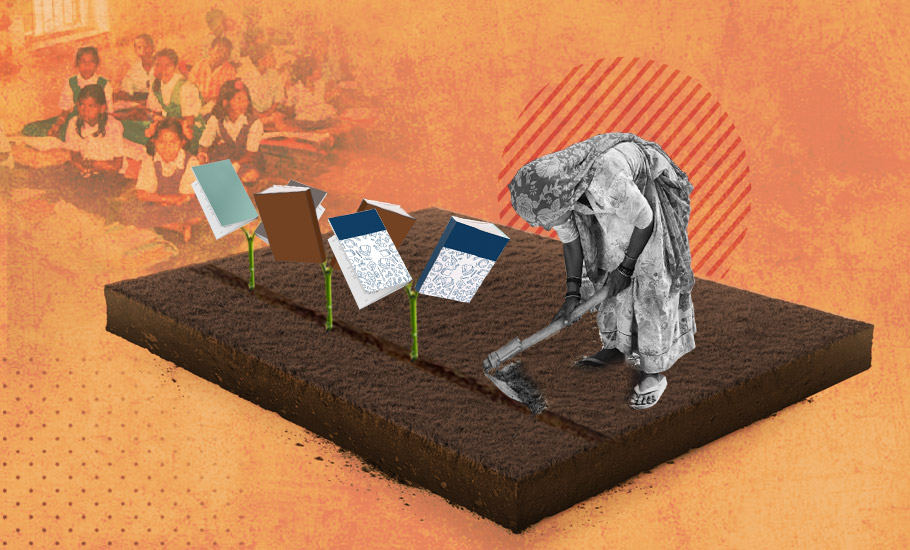 It is now firmly established that economic reforms, which were pursued in an off-and-on fashion by several central and state governments in the past three decades, have led to unexpected consequences on labor and wage markets. Some of these changes are for the good, and others unsavoury. Some help, others create larger, complex issues. This upheaval is most evident in the Mahatma Gandhi National Rural Employment Act (MGNREGA), which was passed in 2005.

The Act creates job opportunities, although temporary and short-term, in rural India. This is crucial because women find it extremely tough to find “appropriate” work in the post-reforms era. MGNREGA paves the way to guarantee part-employment, ensure minimum income, and fight starvation. One of its overarching objectives is to empower women, through higher wages, which are the same as men. Hence, women incomes can shoot up by two-three times.

Here are a couple of examples of the changes that were documented by the researchers. Lungibai of Sirohi district (Rajasthan) admits that her family now allows her to work outside the home for the first time because of MGNREGA. This is because work is available in the village, and it is monitored by the government. For Lungibai and others, the scheme enables them to join the job market, and that too when most women are consciously willing to opt out of it.

Bejni Devi, another rural woman, says that the scheme enables her to stay in her village. As she tells the researchers, minus it, she will have no option but to “migrate with my four-month-old child”. Clearly, in some pockets, and among some sections, MGNREGA reduces migration, especially among the females. Instead of an en-mass movement of the entire family, henceforth, only the men travel in search of work. The women and younger children stay back.

Reduced migration hikes wages due to labor shortages, and benefits those who venture out of their villages. In Punjab and Himachal Pradesh, agriculture salaries are up several times. This changes the migration patterns. For example, in Himachal Pradesh, the apple growers shifted to cheaper workers from Nepal, rather than depend on Indians from nearby states. In the villages too, women earn 2-3 times more, as the government fixes equal wages for males and females.

Other localized variations are visible as more women join the MGNREGA workforce. Their share out of the total annual person-days is now more than 50%. Over a period, lower migration among women leads to more employment in the villages, either around their homes or under the welfare scheme. In hilly areas, a large number of women, who stay back, join MGNREGA because of the shortfall of male labourers, who habitually migrate to the plains for greener pastures.

Incomes from MGNREGA and local sources, which are lower than what the women can earn if they migrate to urban areas, prove to be more critical. The reasons: the purchasing power of the local wages is higher because of the lower cost-of-living in the villages, and these incomes are independent of the husbands, who move out of the homes in search of urban work. The combined effect is to inculcate financial empowerment and “bargaining power” among rural women.

In an article on www.ideasforindia.in, Subha Mani talks of the enhanced bargaining power, and other researchers conclude that the women take personalized decisions on how to spend their earnings. A majority, as some surveys show, collect and keep their wages. They become “individual workers in their own right”, and do not earn on behalf of their families as “secondary earners”. Thus, these incomes differ from situations where the wives work with their husbands.

Ultimately, the women earners decide the “allocation of the financial resources”. In various surveys, women candidly admit this. More cash in hand helps some to “buy rations in bulk at cheaper rates”, and negotiate better terms with the local retailers. Others purchase medicines for the ailing family members, and repay loans. A few say that they use the extra money to enhance incomes and productivity through purchases of items such as sewing machines and agricultural inputs.

The importance of the “bargaining effect” in family decisions is well-documented. In a 2013 study, Farzana Afridi, Abhiropp Mukhopadhyay, and Soham Sahoo, quote several papers to contend that resources are decided on a “collective” basis in a family, and “usually depend on the bargaining power or weights attached to the preferences of the members of the household”. Individual and independent incomes of the members are important determinants in such decisions.

As women gain more leverage thanks to MGNREGA and its financial gains, they influence the decisions. One of the most important ones, where they effect huge changes, is in education. Studies are now conclusive that the welfare scheme increases school enrolment, and dramatically decreases the dropout rates at the secondary stages. This is especially true for girls, who spend more time in schools. More importantly, such social benefits accrue more to the poorer households.

According to a 2009 study by economists Jean Dreze and Reetika Khera, 38% of the surveyed women said that MGNREGA helps them to send their children to schools. In another study (2012) by Laura Camfield and Uma Vennam, a sarpanch (official head of a village) admits that the scheme increases the number of households that send their children to schools. The latter adds that families opt for the “good schools in the towns”, rather than rely on the low-quality local ones.

In Andhra Pradesh, a study finds that the impact is greater on the poorer households, and helps girls, more than boys. Girls spend more time in the schools, get better grades, and their mothers spend more money on books and stationery. The hours spent on the studies affect child labor. “Anecdotal evidence from Rajasthan suggests a 20% reduction in the incidence of migration amongst children... but there is a lack of clear empirical evidence”, says N. Burra in a 2006 study.

One of the reasons for this cause-and-effect between MGNREGA and education may be the less time available to parents. As the father migrates to the city, and the wife stays home and works on MGNREGA projects, the mother is forced to leave her children in safe places. Schools offer an attractive low-cost option. It adds to the social image of the family, which is perceived as a progressive one. However, this attitude has to impact both boys and girls, which isn’t true.

More importantly, if the less-time hypothesis is true, the higher school enrolment among girls has to be more visible among families with younger children, below five years, and those that don’t have additional support systems like grandparents. This too isn’t evident. In reality, girls’ enrolment goes up, more than the boys, and the former’s dropout rates fall across households. Hence, the less-time impact is possibly an additional and subordinate factor, and not the major one.

What surprise experts is that the commonsensical “substitution effect” didn’t happen. One assumes that if the mothers work, and fathers are away, the former neglect the household work, or are unable to perform them efficiently. They are inclined to shift a part of this burden on to their children, especially the elder daughters. But this didn’t happen because the mothers deliberately choose to send the daughters to school, rather than to make them work at home.

Clearly, the objective of MGNREGA is to fight employment and starvation in rural areas, but it has tremendous impact on labor, wage, and migration dynamics. In addition, it affects women empowerment, independence, and bargaining power within the family. More importantly, it enhances the education of girls.

Next: How the rich learned to game the system