As part of our series on three decades of liberalisation, today we look at how India's crown jewels were sold off to finance deficits and pursue populism 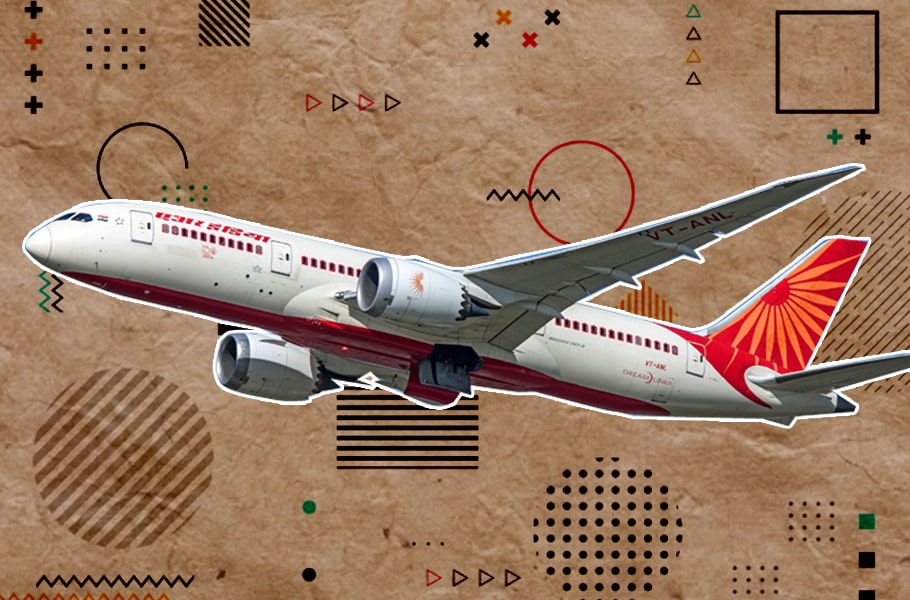 Once upon a time there was a Maharaja who was famous, wealthy, and controlled his territory with enormous clout. Like is the case with most powerful rulers, there were charges of corruption, inefficiencies, and patronage against him. Still, he was not only a mascot that showcased the country, but an example of both what was right and wrong with it. Today, the same Emperor is without his clothes, saddled with debt, and pauperised to the extent that there are few takers for his depleted assets.

However, the crucial lessons from this riches-to-rags story aren’t only about how the Maharaja lost fame, glory, and money, but the manner in which his assets are being auctioned off. The saga of Air India is about how to junk the family jewels, which were accumulated with the blood and toil of the taxpayers, and sell them at the wrong time, and in the wrong way. Liberalisation grounded the once-monopolistic state-owned airline; and reforms may ensure that it is hawked off at a low price.

It is easy to contend that Air India was mismanaged, besieged with political interference, and didn’t stand a chance in a competitive world. But there was a simultaneous plot to ensure that the Maharaja was run to the ground because of policies that encouraged the private players. Since 1991, airlines such as East-West, Air Deccan, Kingfisher, SpiceJet, Jet Airways, Tata Group, and IndoGo gained at Air India’s expense. It is ironic that many of them do not exist today.

What was done to the state-owned airline by the various aviation ministers to stall its engines in mid-flight is another, larger, and intriguing story. In this article, we will document how the efforts to sell the now-ailing Air India are fraught with problems. They represent how not to disinvest, and how not sell precious assets. Over the next few weeks, the name of the new owner of Air India will be known – Tata Group, Air India employees backed by a financier, or a mysterious dark horse.

No one can deny that this is possibly the worst time to sell an airline. In the post-pandemic era, aviation suffered the most. CAPA – Centre for Aviation states that the number of global passengers from and to India in 2021 will be 35-40% of the levels witnessed in the pre-COVID period. In the case of domestic travellers, the figure may be more than 80%. In fact, the aviation sector may be among the last ones to recover, and that too in 2022. So, why should an owner sell now?

In such a scenario, one can also argue that if Air India isn’t sold now, it will be grounded forever. There were whispers in the corridors of power that it should cease operations. In the past three years, even before the viral crisis, it did not receive any offers. At least, there are multiple bids to buy it today. This may be an opportune time to get rid of it. Of course, there are a few interested parties now – they know that they are likely to get good assets at the cheapest possible prices.

Even if one wants to get rid of Air India, one can do it the smart way. The easiest way is to auction the assets in one go. The Air India Group has five entities – three airlines, Air India, Air India Express, and Airline Allied Services, and two ground-and-cargo handling entities, Air India SATS, and Air India Air Transport Services. It is logical to assume that the whole is more attractive to a global player with eyes on the India, Middle-East, North America, East Asia, and Europe markets.

Between the three airlines, they cover global and domestic routes, as well as spoke-and-hub ones from the metros to Tier-2 and Tier-3 cities (Airline Allied Services). The ground-and-cargo firms handle operations at the five large airports (Air India SATS), and those at 69 other airports. The whole seems to be larger than the sum of its parts. Another option was to sell the three airlines to one buyer, and the two handling entities to another one. Yet again, the idea is to combine the strengths.

On the auction block, however, are the two airlines, Air India and Air India Express, and one of the cargo firms, Air India SATS. Since 2018, the government decided that it will only sell these assets in, what is possibly, the first round. This does not make too much sense. It is not surprising that such efforts came to nought as not a single bid was received. Only a few months ago, when several key parameters – largely related to burgeoning debt of Air India – were diluted did the buyers evince an interest.

Let’s for a moment agree to the government’s contention that it was easier to put the assets that they did on the block. The three companies were interconnected – Air India Express is a subsidiary of Air India, and the parent has a 50% share in Air India SATS. Hence, these could be sold as a single bundle without having to tinker around with the existing holding structure, and other integrated issues such as finance, assets, employees, etc. But this is exactly the problem with India’s disinvestment.

Any seller – well, every seller, unless she is desperate – beautifies the assets before they are sold. Even a vegetable seller cleans his wares with water and cloth to shine them. It is imperative to clean up the balance sheet and operations, rather than put a weak firm on the block. For example, every balance sheet can be legally cleaned up by, say, a transfer of its debt into a separate company, so that the original company becomes debt-free. This helps in forcing the buyer to cough out more money.

This was marvellously demonstrated by China. In its privatisation drive, the assets of only the smaller, less-leveraged and profitable state-owned firms were sold outright. In the cases of the larger enterprises, the shares of the companies were sold. In several instances, the government retained stakes in them. But before the sales, the larger companies restructured themselves. For example, the excess workers, obsolete plants, and debt burden were transferred to a newly-created holding company.

According to a FICCI study, the result was that the Chinese companies up for sale were clean, polished, shiny, and profitable. Restructuring Air India’s balance sheet made imminent sense. This was because until recently, both Air India Express and Airline Allied Services made money. The parent, Air India incurred losses, but this was largely because of its huge debt. In 2016-17, Air India as a standalone company earned a profit before interest and tax. If its balance sheet is re-jigged, the net loss too can turn positive.

To be fair to the government, it partially tried to restructure Air India’s debt. First, it transferred a part of the debt to a new holding company. But there was still a sizable chunk of loans on the balance sheet. Between 2018 and most of 2020, no bids were received. Only recently did the government, said a media report, give the “freedom to potential suitors to decide how much of the airline’s debt they would take on as a part of the transaction”. It is after this critical change that the number of bids went up in December 2020.

Finally, there is another way to sell family jewels, or precious assets. Corporate raiders have proved that the sum of the parts can be greater than the whole. Hence, if the companies are stripped of their individual assets, which are sold separately, one can make more money than selling the entities. Remember Gordon Gekko, the famous-infamous protagonist in Hollywood’s Wall Street (1987) – a corporate carnivore – aggressive, hostile, ambitious, greedy, manipulative, blackmailer, and corrupt.

Gordon Gekko bought companies cheap, and ripped and stripped them apart to sell the assets to different buyers. One of his targets was Bluestar Airline. Before the deal was done, the strip-strategy was in place. As Gekko’s investment banker explained, “No sweat, we already got the Bleezburg Brothers lined up to build condos where the hangars are, we can lay off the planes with Mexicana, who are dumb enough to buy ‘em, and Texas Air is drooling at my kneecaps to get the slots and the routes.”

Is it possible to do the same with Air India? Two years ago, Air India owned 62% of the aircraft, which was the highest among the Indian carriers. The next best figure, according to government details given in 2018, was 28%. Most of Air India’s planes were new, and would be in service for almost a decade, even two decades. Add to them, the over 3,700 domestic slots, and more than 2,500 global ones. The state-owned airline has bilateral rights with several nations that entitle it to over 970,000 seats per week in each direction.

Equally crucial are the other assets that are ignored in most valuations, like the real estate owned by Air India. In 2017-18, the value of its “gross block” of land and building was over Rs 90 billion. It can easily fetch 3-5 times more, if sold intelligently in the open market with clean titles. The earlier mentioned FICCI report categorically stated that in most sales of public assets, “core assets including housing, leasehold townships... were either ignored or not valued. This led to under-valuation of PSUs....”

The extent of such undervaluation is enormous. A 2013 IMF Report stated that the largest untapped resources of national assets lay in “land, building, oil and gas, and ‘non-financial’ (plant and machinery, and parts) resources”. On an average, these accounted for 75% of GDP in advanced economies – from 40-50% in Germany to 120% in Japan. The report added, “In most countries, they are worth more than the financial assets, like stakes in listed companies, sovereign-wealth, and securities holdings, and the like.”