As part of our series on three decades of liberation, we look at the number of missing women from the workforce...

How liberalisation failed to resolve the mystery of “Gone Girls” 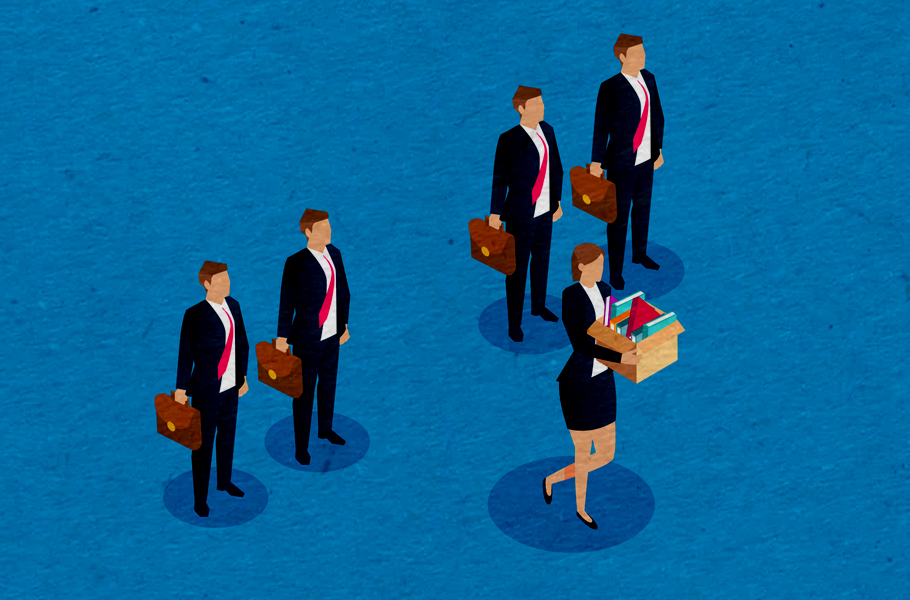 We are obsessed with work, especially in this era of COVID-19-related job losses. We always were, especially during the past three decades. The reasons are obvious, as spelt out by the World Bank a few years ago. One zealously believes that pro-market policies spur growth, and generate highly-paid jobs. They reduce poverty. Higher literacy levels and lower fertility rates, especially in urban milieu, further force people to give up the sanctity of homes, and opt for the sacredness of offices.

These trends are visible, and well-documented. Unfortunately, at the same time, we witnessed a series of economic crises, which included years of jobless growth, a long stretch of economic slowdown, and the final decimation due to the Corona-virus. A few months ago, one in four willing-workers was out of a job. Before that, the unemployment rate was lower, but the highest in the previous four decades. Hence, we are also possessed by the possibility of lack of work.

Shockingly, there is a development, and its sordid, scary and frightening implications haven’t been totally recognized and understood. This is the known, but complex, mystery of the vanishing labor. Apart from the millions who are unemployed, there is a huge section of Indians, which willingly, consciously, and deliberately opted out of the rat race. It decides to stay put at home, and does not seek jobs. The numbers are excruciating, and inflict women more than men.

Chew these indigestible facts. Across gender, age groups, and socio-economic strata, people refuse to enter the job market. Between 2005 and 2018, the drop in the number of work-seeking women in the 15-59 year age-group was a steep 20%. In the same period, the number of females between 30 and 59 years, who were busy only with household work, zoomed from 46% to 65%. In 2018, a tad under three-fourth of rural females remained out of the labor market, and the percentage was higher in urban areas.

In the developed world, female participation in the labor market is unusually high. The percentages in Switzerland, Japan, and the US are 80, 73, and 68, respectively. According to a blog by Deepa Krishnan, the figures are impressive even in the non-developed nations. In Bangladesh, the percentage shot up from 24% in 1991 to 36% in 2017. India is among the bottom 10 nations, and only ranks above the nine nations in the Middle-East and Africa, in terms of women’s workforce participation.

Any rational reader can discern three obvious reasons for these trends – economic (higher household incomes), social (more literacy), and cultural (status symbol and family pressures). However, research over the past decade concludes that there are several nuances and layers to these overall observations. While some of them are positive, others tend to be negative. More importantly, the Indian context and situation is quite different and varied from other nations.

Consider the income-substitution effect. Economist Claudia Goldin explains that as household incomes go northwards, i.e. when the males find more lucrative jobs, women “withdraw from the workforce”. This is the income effect. But as the economy becomes mature, especially after reforms, women “join the paid workforce” because of education, higher salaries, and breakdown in ideological barriers. This is the substitution effect. The curve is U-shaped – a reduction, followed by a hike.

While the income effect is evident in India, the substitution one is not. The financial reason can be that married females are unable to later find work, which fits in with their “preferences”, or at attractive wages. Despite consistent high GDP growth, except in the past few years, the number of white-collar jobs desired by women came down. This, contend researchers Stephen Klasen and Janneke Pieters, leads to the “crowding-out effect” as men grab these scarce opportunities.

Mitali Nikore, an academician and alumnus of London School of Economics, supports both contentions. An ADB study (2019) proves that men “access a greater proportion of emerging occupations in India”. Another one shows that less than a fifth of the jobs in the 10 fastest-growing occupations “were taken up by women”. Females, who take a break, become insecure as they feel that former colleagues are likely to be in better positions once they rejoin their firms.

Now look at the education effect. Literacy rates improved. This was more so in the case of girls, and school dropouts grew dramatically. Apart from the income effect, which allows children to spend more years in school, there is the security factor. IMF’s MD Kristalina Georgieva felt that a factor for the lower numbers of females in education and workforce was that they “don’t feel safe to go to school or to go to office”. But this was largely addressed by the ongoing Swachch Bharat campaign.

Experts say that the higher education levels at all the stages resulted in yet another U-shaped curve. “Across both rural and urban locations and for all years, women with secondary education had the lowest participation rates,” says a recent ILO report. Those with minimal education attainment were the most interested in jobs, and those with the highest education too entered the marketplace in good numbers. This is both a prominent and an intriguing observation.

Recent research ascribes this to the “rising marriage market returns”. Klasen and Pieters believe that within the mid-level section, education improves the women’s marriage prospects, i.e. their in-laws and husbands either have higher social status, more finances, or both. Thus, the aspiration for “improved marriage(s) rather than employment prospects” leads to lower demand for jobs. The mobility restrictions due to marriages add to the overall negative impact.

Education’s positive upshot is further diluted by mechanization of agriculture, and commercialization of allied segments such as poultry and animal husbandry. According to Krishnan, both displace females, and men replace them. Similar moves in manufacturing, and greater automation in the services sector, “affected women disproportionately”. By 2030, McKinsey Global Institute estimates that 12 million Indian women can lose their jobs due to technology.

While there is social stigma against working women, there is also a contradictory perception of enhanced social status. Both achieve the same results – the stigma acts as an external pressure from families, and the status as an external encouragement to work seclusion. Nikore says, “Families take pride when female members withdraw from work, demonstrating that male members can provide a comfortable life for the family.” They perceive women as secondary earners.

Status can work in a complicated manner. For example, females with moderate (10-15 years) education, says Krishnan, are “valued for their ability to manage domestic tasks that require literacy, such as schooling children, and many of these women feel more productive devoting themselves to these responsibilities than working outside the home”. Anyway, females generally spend 10 times more time on household work compared to their male partners and family members.

Post Script: In surveys, a majority of working women claim that they are self-employed. Many claim that their designation is either a director or CEO of a company. Economists contend that this is a “fancy-sounding way” to describe personal enterprises, in which they have no other employees. An Azim Premji University working paper concludes that a third of such CEOs and directors are “unpaid family workers”. They may be engaged in self-help groups and cooperatives as partners.