As part of our series on 30 years of liberalisation, we track the journey of Indian black money to tax havens havens, and then back

How black money came back legally as foreign investment 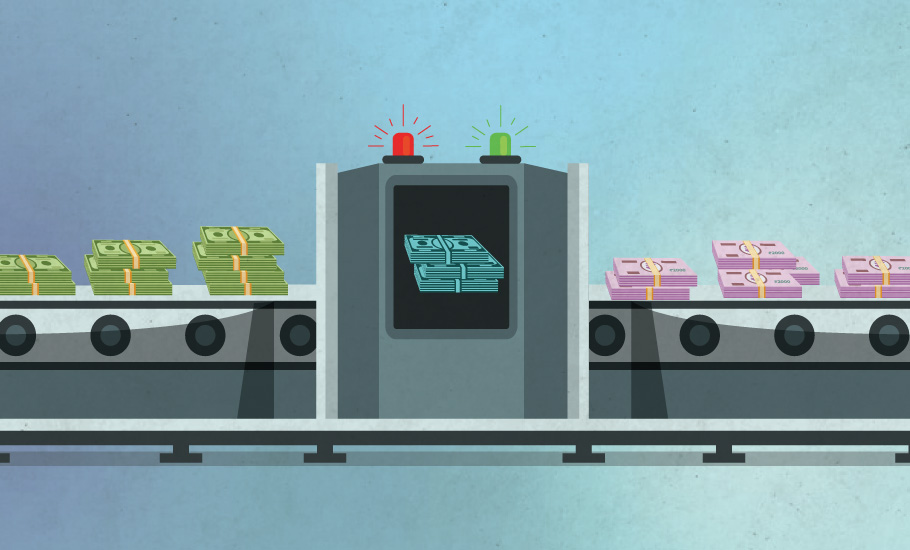 During the 1990s, Indian finance ministers were quizzed about the flow of illegal money into the country through the foreign investment route. They were nonchalant, and with a straight face maintained that it didn’t matter if the capital’s direction was inwards. What was objectionable was if it moved out, either legally or illegally. Capital flight was dangerous; reverse capital flows, even if illegitimate, were welcome.

Those were the days when policy-makers obsessed with foreign exchange. The Indian crisis of 1990-91, which forced the country to embark on the liberalisation path, was caused by the paucity of the dollars, pounds, and yen. From top to bottom, except for a few diligent individuals, the priority was to attract foreign investment. The colour of the money – black grey or white – didn’t matter.

Hence, it wasn’t shocking that between 1991 and 2019 Indians gaily routed back black money hidden abroad, and re-routed the local ill-gotten wealth, which went out and came back in. Both were disguised as foreign investments. Some finance ministers encouraged the practices, others watched, and a few delayed moves to plug the policy loopholes. Conscientious critics made the right noises, and took the right steps. The powers-that-be weren’t interested; the judiciary sided with them.

The first question is why. Until the 1980s, black money was hidden as either cash or deposits in secret bank accounts abroad. The owners needed the money to finance their lifestyles, and pay bribes to further their business interests. The wealth was used to buy assets like gold, real estates, planes, and boats. Money didn’t beget money. The returns from investments in developed nations were minimal, and even negative. High Indian taxes forced people to hide the cash.

Once India was forced to opt for reforms, and wooed foreign money, the scenario changed. Several business sectors, along with the stock markets, boomed. Annual returns on investments were as high as 30%. It made immense sense for the owners of illegal money to use it, rather than allow it to stay idle as cash or deposits. But they had to hide the origins of the money – cash generated locally or deposits held abroad – and launder it into white. Then they could invest it legitimately.

Which brings us to the next question – how? As foreign investments, of course, since India bent over backwards to attract them! There were additional benefits: Indian cash could easily fly out and, along with illicit foreign deposits, laundered through banks. The source of the black-turned-white money could be hidden if it came through tax havens like Mauritius, and tax-friendly nations such as Singapore and Cyprus. An additional advantage: profits on the investments were tax-free.

Experts dubbed this as round-tripping. In a 2019 paper, B.K. Pandey said that Indians would “first take their funds out of the country, and then bring them back in the form of foreign investment”. He explained, “It was suspected that funds that escaped taxation in India may have been laundered abroad, and were making its way back to India through Mauritius-resident entities in the guise of foreign direct investment.” The illegal money that was already outside was included in the process.

Foreign direct investment (FDI), which implied straight-forward investment in an Indian company, was only a part of the story. The other was the use of round-tripping to buy Indian stocks on the bourses. A 2007 IMF Working Paper contended that there were financial instruments, like Participatory Notes (PNs), which allowed “round-tripping of copious monies”. This aspect was highlighted by several reports initiated by the Indian finance ministry.

According to government estimates in 2019, almost half of the FDI and a quarter of foreign inflows in Indian stocks came through Mauritius and Singapore. Pandey estimated that between April 2000 and March 2019, almost a third of the FDI was accounted for by the tiny tax haven of Mauritius which, between 2000 and 2016, was responsible for a fifth of the overall foreigners’ purchases of stocks. Substantial portions of these huge amounts were pumped in by the Indians.

Tax havens and tax-friendly nations were integral cogs in this capital wheel. One could buy a shelf company, a firm that was registered and waiting to be transferred to a new owner, in these territories. The laundered money could be routed to India through it. The secrecy laws of the havens allowed the promoter to hide his identity. The double-taxation treaties that these countries signed with India allowed profits on the Indian investments to be taxed not in India, but in the countries of origin, where the tax rates were zero or minimal.

It was a win-win for an investor. He or she would not be regulated by India, which could also not investigate his or her money source. This helped to safely and easily launder money. In addition, the tax liability, whenever the shares bought through the FDI or stock market routes were sold at huge profits, was zero or meagre. Everything was legal, both the initial investments and subsequent profits. Illegal money generated unquestionable legal returns. What a system!

PNs, which were used to buy stocks, helped the Indians in other nefarious ways. These notes, which had no jurisdiction in India, but were issued by foreign entities registered with Indian market regulator, SEBI, helped outside investors to buy Indian equities. The buyers remained nameless and faceless as the PNs were issued in tax havens. Since Indian promoters could use PNs, they would buy their own stocks, manipulate prices, and flout the Indian insider trading laws.

The IMF paper stated that PNs helped Indian firms to wriggle out of the limits imposed on foreign loans. The modus operandi: An owner of an Indian firm, A, pledges his shares with a global subsidiary of an Indian bank. The bank provides a loan against the shares to a global company, B, owned by the same businessman. Company B uses the money to buy shares in Firm A through PNs. The paper added that a “large size of PNs... may in part be stemming from such structures (mechanisms)”.

Investigations by this author proved that Indians used half the cycle of round-tripping to buy shares in their companies that were listed on global stock exchanges. Such listings included American Depository Receipts (ADRs), which are listed on the US exchanges, and Global Depository Receipts (GDRs), on the European ones. Both ADRs and GDRs are instruments that are converted into the shares of the underlying companies after fixed periods as per pre-fixed ratios.

Several years ago, the family members who owned the liquor company, Jagatjit Industries, used GDRs to bring back their money through companies in tax havens. They were two companies, Higro Trading and Orissa Holdings, which were allegedly owned by the family patriarch and registered in British Virgin Islands. It was revealed in the Indian courts that the two held GDRs in Jagatjit Industries that were equivalent to 25 million shares and 1 million shares, respectively.

Early on, the tax sleuths were on to these shenanigans, and focussed attention on Mauritius. They realized that the Indians or foreigners, who purchased shares in Indian firms through FDI paid no taxes on the profits (capital gains, or increase in valuations) when they sold them. The same was true for those who transacted on the stock markets. But Indian policy-makers turned a blind eye to round-tripping.

In 1994, the government issued Circular 1, which stated that Mauritius entities would pay capital gains as per the laws of the tax haven. In a paper, Ashrita Prasad Kotha wrote that Circular 2 (2000) legalized and legitimized tax avoidance. A Joint Parliamentary Committee, which investigated the technology stock scam in the early 2000s, admitted to the “misuse of the Mauritius route”. But it let Mauritius off the hook as similar clauses existed in bilateral treaties with other nations.

Attempts by finance ministers to change domestic laws were thwarted by fears when foreigners dumped stocks, which led to massacres on the Indian exchanges. A Budget’s Finance Bill of 2013 tightened the noose around Mauritius inflows. Uproar in the stock market forced the government to clarify that the new law “would not affect the Mauritius Route” and, not surprisingly, it “never saw the light of the day”.

Since local laws were unchanged, and the bilateral treaty remained in place, the judiciary reused to intervene. According to researcher Sanjay Kumar Yadav, in the seminal Azadi Bachao Andolan case (2003), the Supreme Court ruled that as the bilateral treaty allowed foreigners to invest through Mauritius, the investors’ motives were “irrelevant”, and would not “affect the legality of the transaction”. In the Vodafone case (2012), the Court “reaffirmed the validity” of this route.

In fact, the Vodafone case forced the hands of the policy-makers. In this deal, the India-based Essar Group sold its minority holding to Vodafone, which led to a loss of billions of dollars in taxes. Still, it took years before new laws came into force in April 2017, which sidetracked the Mauritius investment gravy train. Even these were implemented gingerly, and investors got two years to put their houses in order.

Obviously, round-tripping and other practices have not stopped. They can now be taxed, if the Indian authorities can prove irregularities. But one can still launder money through the foreign investment route.