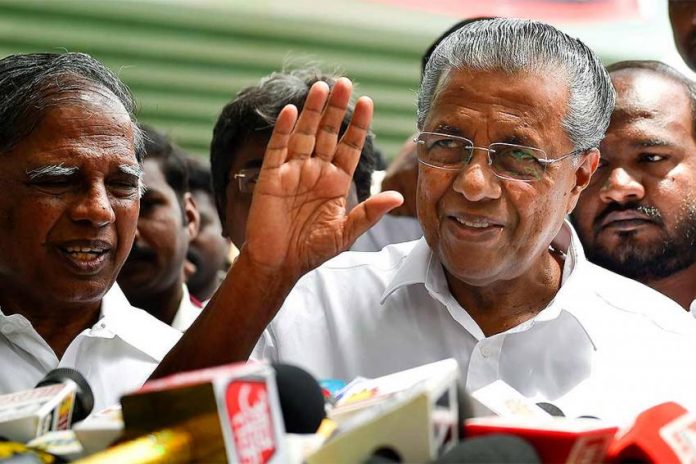 There is a clear message in the Kerala Assembly results: The ruling Left Democratic Front led by Pinarayi Vijayan won with 99 seats – eight more than its previous poll tally – out of the total 140. The United Democratic Front led by the Congress managed to win 40 seats while the BJP drew a disastrous nil. The voters seem to have gone by the simple logic of performance, rejecting parties beset with factionalism, delivering a resounding rejection of communal politics. They also chose to reject the turncoats.

Aggressive Hindutva has not worked. The BJP’s consistent communal campaign turned out to be BJP’s Waterloo. The BJP lost the only seat it had held. The vote share of the party has dropped to 11 per cent from 15 per cent in 2016. The party had stood second in seven constituencies in 2016. In 2021, this count came down to five. Party chief K Surendran – the poster boy of Sabarimala – had contested from two constituencies and lost both.

The BJP made Sabarimala as a major theme of its campaign. In public and private meetings organised by the party, it went the whole hog. The party’s stridency was reflected from its one-line sloganeering: “The Left Front government headed by Pinarayi Vijayan has played with the Hindu sentiments by allowing women inside the Sabarimala shrine.” To the voters, it seemed the party had no other issue to highlight.

On the other hand, the Congress-led UDF tried to outshine the BJP by announcing to bring a law to protect Sabarimala from ‘women in menstruating age’. The draft bill prepared by the Congress stipulated two-year imprisonment for women who violate the custom. In constituencies where Muslim League is strong, the UDF invoked religious sentiments by pointing to Sabarimala as an example for how the religion is being crushed under the Left rule.

IUML sources said the Congress took the ‘Sabarimala card’ to family gatherings and at booth levels, warning Muslims that their religious freedom too will be curtailed if the Left came back to power. The Left initially appeared intimidated by the high voltage communal campaign and steered clear of any question bordering on Hindu faith and customs. Pinarayi Vijayan consistently focused on the performance of his government as the CPI-M further sharpened its narrative of welfare activities and infrastructure development brought about by the government. The voters clearly found the Left logic more convincing.

Amid a pro-Left wave, the voters rejected a few LDF individuals. Jose K. Mani, chairman of the Kerala Congress (Mani) was defeated whereas five of his party members were elected. The KCM was a UDF ally till last year, but later joined the LDF. The decision to give a dozen seats to the KCM was widely criticized as many in the left felt that showing such benevolence to KCM, known for switching sides, would be a “menace” to the LDF.

Mani C Kappan, who was fielded by the LDF in the by-election in 2019, made a historic victory against Jose K. Mani who was with UDF that time. Pala constituency had never elected anyone other than former minister and late K M Mani, the legendary leader of Kerala Congress since the constituency came into being. Yet the LDF denied Pala to Kappan, even after an alliance with Jose K. Mani. Result: The voters gave a solid victory to Kappan who was supported by the UDF.

The defeat of M.V. Sreyams Kumar, the LDF candidate in Kalpetta constituency in Wayanad, also gives a similar message to the LDF. Sreyams Kumar, the son of M V Veerendrakumar former MP of LJD (Lokthanthrik Janata Dal) and Managing director of Mathrubhumi daily, lost the seat to K. Sidique of UDF. Sreyams was with UDF in 2016 and contested from the same constituency against C.K. Saseendran of CPI(M). Saseendran was popular among the CPI M cadre. However, this time, LJD broke away from UDF and Sreyams Kumar was given Kalpatta.

“The entire party machinery worked hard for the victory of Saseendran in 2016 and won. How could they work for the same man this time who was a rival candidate in 2016?” A senior journalist in Wayanadu tells The Federal that party workers’ resentment was visible on the ground during the campaign. Sreyams Kumar represented Kalpatta constituency twice — in 2006 and 2011. Sreyams’ party was with LDF in 2006 and later shifted to UDF and contested as a UDF candidate in 2011.

Again, he was fielded by the UDF in 2016 but lost. “This consistent shifting only to retain power will not work in Kerala, We have not done anything deliberately to defeat him, but we all knew that he would not be getting through this time,” says a CPI-M local leader in Kalpatta who hopes that party leadership would get the right cue from this.