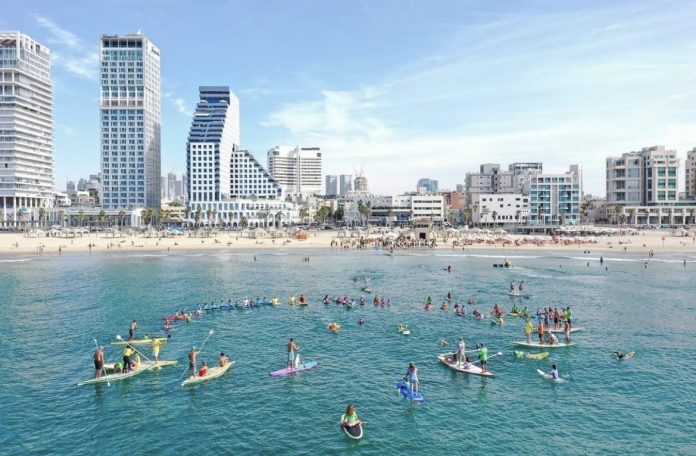 Tel Aviv witnessed a spike in grocery and transport prices, which moved it to the most expensive city rank. Pic: Twitter

The Israeli capital of Tel Aviv has overtaken Paris as the most expensive city in the world to live in, the Economist Intelligence Unit’s biannual report has revealed. From the fifth spot last year, it jumped to the first this year, even as Paris and Singapore tied for the second place.

The EIU survey attributed Tel Aviv’s ascent to the strengthening of the shekel, the Israeli currency, which soared against the US dollar. And behind the rise of the shekel was by Israel’s successful COVID vaccination drive, which set the nation far ahead of the rest of the world in containing the pandemic.

The top 10 costliest cities are:

Damascus, the capital of Syria, remained the world’s cheapest city to live in. This was because of prices falling in US dollar terms since last year as the Syrian economy grappled with the war, said the report. Damascus was preceded on the list by Tripoli, the capital of Libya.

Newly released, #worldwidecostofliving 2021 survey finds one city from the Middle East topping the rankings for the first time. With inflation of tracked prices the highest in five years, we reveal what else affected the rankings: https://t.co/BcGhEDQDPD pic.twitter.com/zDslv1rIxb

The EIU is the research and analysis division of The Economist Group, the sister company to The Economist newspaper. It offers data-backed information to businesses, financial firms and governments.

For the Worldwide Cost of Living (WCOL) survey, the EIU tracked inflation rates across 173 cities, taking into account 200 products and services. On average, prices for the goods and services covered by WCOL rose 3.5% year-on-year in local currency terms, against 1.9% this time last year. The 3.5% increase represented the highest in five years, said the EIU report.

The latest survey data were collected between August 16 and September 12, 2021, when freight rates and commodity prices were continuing to rise across the world, said the EIU report.

Most cities saw costs rise due to supply chain issues and fluctuations in currency exchange rates. “Transport costs rose most rapidly in this year’s survey, mainly because of rising oil prices driving a 21% increase in the price of unleaded petrol, but the recreation, tobacco and personal care categories also showed strong increases,” said the report. “These numbers exclude four cities suffering from very high inflation—Caracas, Damascus, Buenos Aires and Tehran.”

While the increase in cost of living in Tel Aviv may be worrisome for its residents — about 10% of goods became costlier over the year —it has been caused by Israel’s rigorous approach to contain the virus spread. Our World in Data figures reveal that nearly two-thirds of the population is fully vaccinated. Thanks to this, the shekel has performed well against the dollar, which is again cause for cheer for the Israeli economy.

Tel Aviv witnessed a spike in grocery and transport prices, which moved it to the most expensive city rank. While it jumped from rank 5 to rank 1, the city that witnessed the biggest jump was Tehran, said EIU. The capital of Iran climbed from the 79th rank to the 29th, as US sanctions triggered shortages and increased prices.

The top ranks are still dominated by European and developed Asian cities, “while North American and Chinese cities remain relatively moderately priced”, said the report. The cheapest cities are mainly in the Middle East and Africa, or the poorer parts of Asia, it added.

Going forward, the EIU expects the cost of living to increase some more in many cities as wages go up in key industries. “However, we are also expecting central banks to raise interest rates, cautiously, to stem inflation,” said Upasana Dutt, Head of Worldwide Cost of Living at EIU. “So, the price increases should start to moderate from this year’s level.”