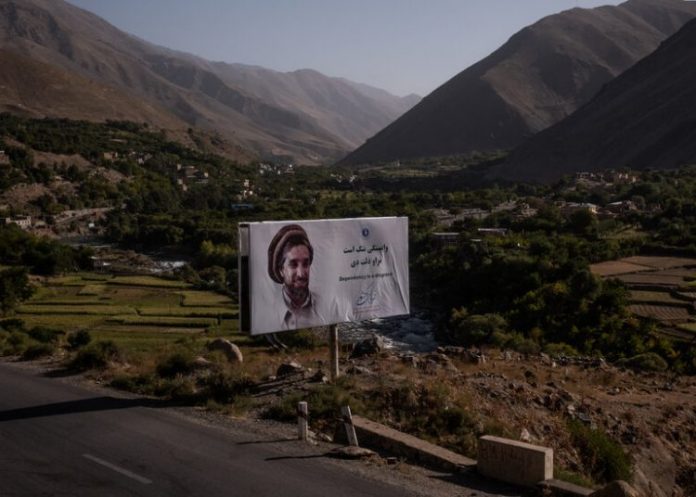 Anti-Taliban resistance fighters at Panjshir Valley continue to hold out against the Taliban. The Taliban suffered heavy casualities in the recent clashes against the resistance groups

The anti-Taliban resistance force seems to be putting up a formidable fight as they inflicted heavy casualties on the Taliban in the most recent round of clashes that broke out between the two forces in Afghanistan’s Kapisa province.

The resistance force under former vice-president and self-styled resistance leader, Amrullah Saleh, which is courageously holding out against the Taliban, has given the fundamentalist group a “fitting reply” at Kapisa province and at Khost Wa Fereng district in Baghlan, said media reports on Sunday (August 29).

The resistance group in Panjshir province too is fiercely fighting back forcing the Sunni Pashtun Taliban group to pull back. The counter-attack is a result of violation of ceasefire by the Taliban in Panjshir, said a report in Hindustan Times.

The Panjshir Valley is the lone area in Afghanistan that has firmly resisted the advance of the Taliban. The Taliban had easily defeated the government troops in the other provinces and had practically walked into Kabul. But, Panjshir valley, is fast becoming the epicentre of the early stirrings of the formation of a guerrilla movement to challenge the Taliban.

Local media reports have quoted resistance fighters from the valley boldy throwing a challenge stating that they will rub Taliban’s faces in the ground.

Meanwhile, the Taliban has shut down the internet in Panjshir valley ostensibly to prevent former vice president Amrullah Saleh from sharing his messages on Twitter.

After the terrorist attack at Kabul airport where more than 175 Afghans died, Afghanistan’s ousted vice-president Saleh had tweeted, “The world must not bow to terrorism. Let’s not allow Kabul airport to be the site for humiliation of humanity & “rules based world order”. Let’s believe in our collective effort and energy. Defeatist psyche puts you under risk more than terrorists. Don’t die psychologically”.

Saleh also slammed the Taliban for washing their hands off the massacre and said that they have learnt it from their master Pakistan to deny their links with ISIS.

The world must not bow to terrorism. Let’s not allow Kabul airport to be the site for humiliation of humanity & “rules based world order”. Let’s believe in our collective effort and energy. Defeatist psyche puts you under risk more than terrorists. Don’t die psychologically. https://t.co/pVOeheQAKp

“There is every evidence to show that Islamic State-Khorasan Province (IS-K) has links with the Taliban and the Haqqani network,” he said adding that the Taliban have learnt it from their master Pakistan to deny their links with ISIS.

After former Afghanistan president Ashraf Ghani fled the country on August 15, Saleh had declared himself as the legitimate caretaker president of Afghanistan according to the country’s constitution. However, he has not been recognised as the head of the caretaker government by any other country or any international body.

Confusion however reigns among the different factions of the Taliban, even as reports said the dreaded Haqqani network, known as the most radical and violent branch of the Islamist movement, has taken control of the capital city Kabul. The group was formed by Jalaluddin Haqqani, a valuable CIA asset in the 1980s, who later allied with the Taliban and also served as a minister between 1996 and 2001.

Meanwhile, Ahmad Massoud, the son of the late Ahmad Shah Massoud, who was one of the main leaders of Afghanistan’s anti-Soviet resistance in the 1980s, is rounding up mujahideen fighters in the Panjshir prepared to take on the Taliban.

Ahmad Massoud, who closely resembles his father, is leading the National Resistance Front of Afghanistan. Social media images have revealed a meeting between Saleh and Massoud, and it seems the duo is in the process of establishing a guerrilla movement.

In an opinion piece he has written for the Washington Post, Massoud said that he is ready to follow in his father’s footsteps, with mujahideen fighters who are prepared to once again take on the Taliban. They have plenty of ammunition and arms that they have patiently collected since his father’s time, “because we knew this day might come,” he wrote.

According to Massoud, the Taliban is not a problem for the Afghan people alone. He feared that Afghanistan under the Taliban will become ground zero of radical Islamist terrorism and sought the help of the West.

“We have fought for so long to have an open society, one where girls could become doctors, our press could report freely, our young people could dance and listen to music or attend soccer matches in the stadiums that were once used by the Taliban for public executions — and may soon be again,” he wrote from the Panjshir valley.

It seems history is repeating itself, as Ahmad Shah Massoud, Afghanistan’s most influential mujahideen commander, had led the strongest resistance against the Islamic fundamentalist group from this very Panjshir valley, until his assassination in 2001 by the Taliban and Al Qaida.