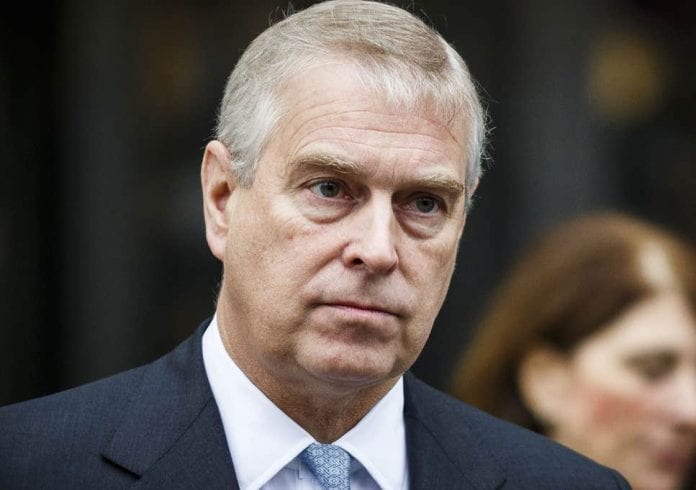 London Britain’s Prince Andrew is to defer an honorary Royal Navy promotion after he stepped back from full royal duties over his links to convicted sex offender Jeffrey Epstein, Buckingham Palace said on Friday (February 7).

The former naval officer, who saw service as a helicopter pilot during the 1982 war with Argentina in the Falklands Islands, was set to become an admiral for his 60th birthday on February 19.

But a palace spokeswoman said Andrew would push back the promotion until he can resume full royal duties. He retreated from his royal roles in November after denying allegations that he had had sex with a 17-year-old girl procured by Epstein, a wealthy financier found dead in a US prison last August while awaiting charges of trafficking minors.

Senior royals are treated as serving military members. “By convention, the Duke of York (Andrew) would be in line for military promotion on his 60th birthday,” the spokeswoman said.

The announcement came hours after the British government said it had changed the policy of flying flags on royal birthdays. The government said there was “no requirement” for local officials to raise flags for Andrews 60th because of his decision to step back from public duties.

But Westminster Abbey — the historic central London location of every royal coronation since 1066 and host of 16 royal weddings — said it would still sound its bells for the prince.
“The bells are rung for the birthdays of HM the Queen and HRH the Duke of Edinburgh and their children,” a spokeswoman said.

The landmark birthday comes weeks after a backlash against Andrew, Queen Elizabeth IIs second son, for a television interview in which he defended his friendship with Epstein. A US prosecutor last month said Andrew had provided “zero cooperation” to the investigation into Epstein’s activities.

Defence allocation needs a big boost. Is the FinMin listening?