Sri Lankans voted on Saturday (November 16) to choose a successor to President Maithripala Sirisena amid multiple poll-related incidents, including an attack on the minority Muslim voters, in an election that will decide the future of the country that struggles with security challenges after the Easter Sunday bombings and increasing political polarisation.

As many as 12,845 polling stations were set up across the country for 15.9 million voters. Polls opened at 7 am local time and concluded at 5 pm with overall voter turnout at “almost 80%,” the National Elections Commission said. 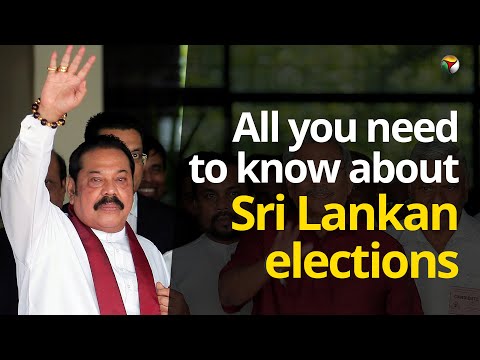 In the northern districts, the turnout was as large as the previous election held in 2015 when Tamils opted to vote for the incumbent Maithripala Sirisena, officials said. “We have ensured a free and fair election process. This is an achievement we all can be happy with,” Prime Minister Ranil Wickremesinghe told reporters after conclusion of the polls.

A record 35 candidates were in the fray for the top post with the main contenders being former wartime defence secretary 70-year-old Gotabaya Rajapaksa and the ruling party candidate 52-year-old Sajith Premadasa. Anura Kumara Dissanayake from the National People’s Power (NPP) coalition is also a strong candidate.

This poll will make record as the election with the largest number of polling stations and the longest 26-inch ballot paper. The preliminary results are expected after mid night, officials said. The final results will be announced on Monday.

According to observers, with pro-China Gotabaya Rajapaksa in the fray, India is keeping a close watch on the election results as its outcome will have a bearing on the country’s presence in the Indian Ocean region where Beijing is increasingly making its inroads.

Also read | Lanka polls to decide who is winner – India or China?

China, which has acquired Sri Lanka’s Hambantota port in 2017 as a debt swap, has been ramping up its ties with the island nation and expanded its naval presence in the Indian Ocean with an established logistics base in Djibouti. China in July has gifted a warship to Sri Lanka, in a growing sign of its deepening military cooperation with the strategically located island nation in the Indian Ocean.

Around 400,000 election officials have been placed on duty and over 60,000 police personnel and over 8,000 Civil Defence Force (CDF) personnel deployed to maintain law and order. Despite tight security, multiple election-related incidents were reported around the country just before voting began and during voting, election monitors and the police said.

The Colombo-based Centre for Monitoring Election Violence (CMEV) reported 69 incidents till 10 am. This included a report of unidentified gunmen attacking a convoy of buses carrying Muslim voters from north-western Puttalam district to the northeastern region of Mannar where they were registered to vote. No casualties were reported in the incident.

There were also reports of voters at polling centres in Buddhist temple being influenced to vote in particular ways by monks tying pirith (sacred) strings.

The Chief Observer of the EU Election Observer Mission (EOM) Marisa Matias told reporters that it will gather information from their observers around the country and present its findings on Monday. The EU has a long history of accompanying the electoral process in Sri Lanka and has deployed EOMs on five previous occasions, the last in 2015.

The two front runners, Premadasa and Rajapaksa voted in their respective home districts, Hambantota in the Deep South and near capital Colombo. Sirisena, who is supporting neither candidates, voted in his home district Polonnaruwa.

The candidate who obtains over 50% of the votes will win the presidency. The ballot also allows voters to choose their three top candidates in order of preference, which will determine the winner if no candidate secures over half the first-place votes.

Those preferences will be used to tally votes for the top two candidates to decide the winner. Such a process has not happened in previous elections because one candidate has always crossed the 50% mark.

In the election, Premadasa, the ruling United National party (UNP) candidate, banks on his ‘man of the commoner’ image – a legacy of his father Ranasinghe Premadasa, the country’s president between 1989 and 1993 until the LTTE assassinated him in 1993. Premadasa senior was considered as the ‘man of the poor’.

The Rajapaksa senior’s legacy of ending the Tamil separatist war has made him the darling of the Sinhala Buddhist majority. His younger brother Gotabaya was his top defence ministry official who supervised the military operations against the LTTE. While doing so he acquired the reputation of a ruthlessly efficient administrator.