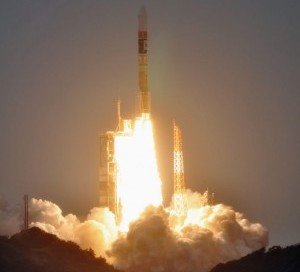 A Japanese aerospace startup funded by a former internet maverick has successfully launched a small rocket into space.

Interstellar Technology Inc. says the unmanned MOMO-3 rocket has exceeded 100 kilometers (60 miles) in altitude before falling into the Pacific Ocean. The company says it proves that a rocket using mostly commercial parts can reach the space.

The rocket, about 10 meters (32 feet) long and 50 centimeters (1.5 feet) in diameter, weighs about 1 ton. The rocket is capable of putting payloads into orbit. The company, founded in 2013 by former Livedoor Co. President Takafumi Horie, aims to develop low-cost commercial rockets to carry satellites into space.

Saturdays success came after two failures in 2017 and 2018. It is Japans first privately developed rocket to reach the outer space.

Richard Branson is now an astronaut, but did he actually go to space...

Chinese rocket debris likely to hit Earth today. When and where is a...