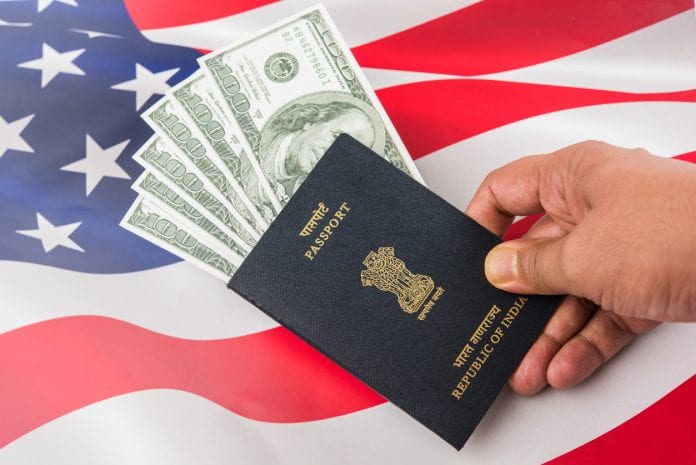 An Indian woman has filed a lawsuit against the US Citizenship and Immigration Services for the alleged delay in issuing work permits, accusing the authorities of sitting on a backlog of at least 75,000 unprinted Employment Authorisation Documents.

Ranjitha Subramanya, who is on an H-4 dependent visa and her husband Vinod Sinha on H-1B work visa, in a lawsuit filed before a federal court in Ohio said that while her application to extend her H-4 status and Employment Authorisation Document (EAD) was approved on April 7, she did not receive the work authorisation card till date.

As a result, she was forced to stop working for her employer after her initial EAD expired on June 7, 2020.

To date, she has not received her EAD and remains unable to work. Worse, her employer has notified her that she will lose her job if she does not provide proof of employment authorisation by August 9, 2020, said her lawyer Robert H Cohen in the lawsuit.

An H-4 visa is a visa issued by the US Citizenship and Immigration Services (USCIS) to the immediate family members of the H-1B visa holders. Spouses on an H-4 visa can apply for an EAD.

The lawsuit alleges that the USCIS is sitting on a backlog of at least 75,000 unprinted EADs.

By delaying or refusing to provide EADs to plaintiffs and class members, defendants have abused their power in an egregious and outrageous manner, without any reasonable justification in the service of a legitimate governmental objective, and with either an intention to harm plaintiff and class members or deliberate indifference,” the lawsuit said.

Early this week, the USCIS said it has “reduced its capacity to print secure documents,” such as work permits and permanent residency cards, after ending its contract with a third party company that previously printed the cards.

Noting that generally, the EAD is produced and sent to the applicant within 48 hours of the approval, the lawsuit said it has been over 105 days since the USCIS approved Ranjithas application but did not print and send her the EAD.

Military’s medical staff are saviours at US hospitals cracking under...

India’s COVID-19 situation improves, but it still has a long way to ...