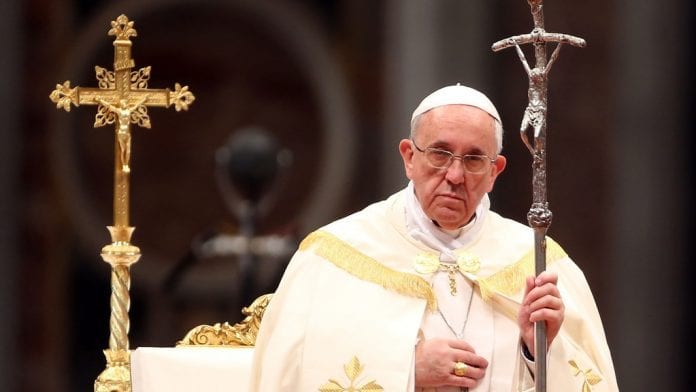 The Pope had made similar remarks about couples prioritising pets in 2014.

Pope Francis has angered pet lovers the world over by suggesting that people who substitute pets for kids exhibit “a certain selfishness”.

Speaking on parenthood on Wednesday at the Vatican, the Pope, 85, rued that pets “sometimes take the place of children” in society.

“Today … we see a form of selfishness,” he told the audience, according to a BBC report. “We see that some people do not want to have a child. Sometimes they have one, and that’s it, but they have dogs and cats that take the place of children. This may make people laugh, but it is a reality.”

The Pope’s remarks echo the Catholic Church’s teachings about the importance of couples either bearing or raising children – and the potential demographic consequences of not doing so.

According to Francis, couples who cannot biologically have children should consider adoption. “How many children in the world are waiting for someone to take care of them. Having a child is always a risk, either naturally or by adoption. But it is riskier not to have them. It is riskier to deny fatherhood, or to deny motherhood, be it real or spiritual,” he reportedly said.

Drop my kids off with the pope for the weekend then see what he has to say come Monday.

Interesting words from the Pope, who has apparently forgotten he has himself deliberately chosen not to have children.https://t.co/MFvcRi0U7s

Worry about all those sexual abuse allegations against the church instead of childless people pic.twitter.com/5ggoAJTpGr

The Pope had made similar remarks about couples prioritising pets in 2014. He had then said that having pets instead of children was “another phenomenon of cultural degradation”, and that emotional relationships with pets was “easier” than the “complex” relationship between parents and children.

The Pope’s recent remarks triggered strong reactions on social media, with some people agreeing with him and some irked by his words.