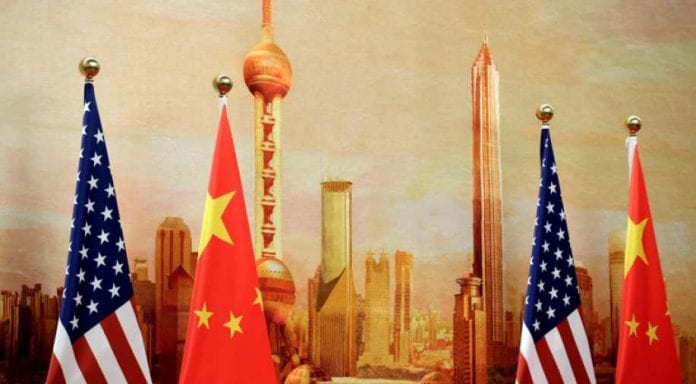 The media spat between China and the US amid fiery exchanges over the origin of COVID-19 heated up on Monday (May 11), with Beijing threatening “countermeasures” for a new “discriminatory” American rule tightening visa restrictions for Chinese-origin journalists.

The US Homeland Security Department issued new regulations on Friday limiting visas for Chinese journalists to a maximum 90-day stay, with the possibility to request an extension.

Reacting to Washington’s move, Chinese Foreign Ministry spokesman Zhao Lijian told a media briefing here that, “this will severely affect Chinese media’s normal coverage in the US. We urge the US to immediately correct its mistake. Otherwise, China will have to take countermeasures.”

“China deplores and rejects the erroneous move by the US side, which is an escalation of its political suppression of the Chinese media,” Zhao said.

“For a while, the US, entrenched in the Cold War mentality and ideological bias, launched one round of suppression after another against the Chinese media,” he said.

“Now it is resorting to discriminatory restrictive visa measures, severely disrupting Chinese medias normal reporting in the US and affecting bilateral people-to-people and cultural exchange, he said.

The latest move by the US comes months after China expelled three journalists of The Wall Street Journal in February in retaliation to the newspaper article on coronavirus titled China Is the Real Sick Man of Asia.

The US State Department designated all the five Chinese official media outlets as “foreign government functionaries”.

After that China expelled more than a dozen American journalists from the New York Times, the Washington Post, and the Wall Street Journal in retaliation to the US restricting the number of Chinese media personnel.

The war of words over the media adds to the growing public spat between the world’s two largest economies over the origin of the coronavirus, which first surfaced in the central Chinese city of Wuhan in December last.

In recent weeks, the US has intensified its attack on China, blaming it for the spread of the virus and accusing it of withholding important information.

US President Donald Trump and Secretary of State Mike Pompeo have also claimed that the virus originated from a lab in the Chinese city of Wuhan.

America and the world welcome the 46th President, Joseph Biden

No crowds, no parade: Here’s how Biden’s inauguration will be ...