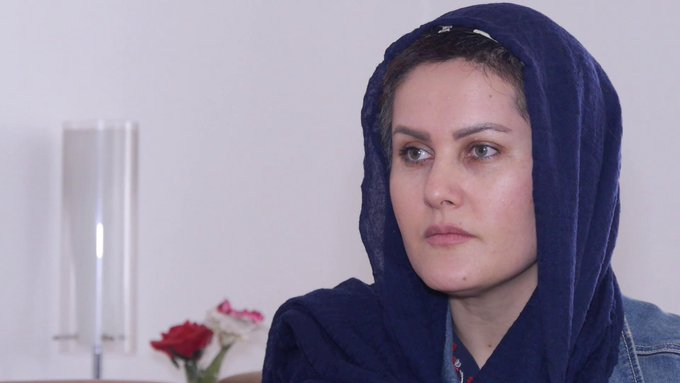 Sahraa Karimi, director general of a state run film company, questioned the 'silence' of the international community at the humanitarian crisis unfolding in Afghanistan

As a shocked world watched as Afghanistan’s former president Ashraf Ghani fled and Kabul fell into the hands of the Taliban, an Afghan filmmaker has made a passionate and desperate appeal to the international community not to stay silent. She painted a grim and horrifying picture of what Taliban was already unleashing in her country and urged people to stand by creative people like her who will “stay and fight for my country”.

This letter of appeal by Sahraa Karimi, director general of Afghan Film, a more than half-a-decade-old state-run production company, was posted on social media by filmmakers Geetu Mohandas and Anurag Kashyap, said a report in Manorama Online.

In her message, Karimi detailed the atrocities Taliban was already committing on the people of the provinces they had gained control over. They were selling little girls as child brides to their fighters, they had kidnapped children, gouged the eyes of a woman and murdered a woman for the kind of clothes she was wearing.

Besides, she said that Taliban has been eliminating people who had been affiliated to the Ghani government like the head of the culture and media for the government, historian poets, and a beloved comedian.

Since the Taliban have displaced many families, people were living in unsanitary conditions in refugee camps in Kabul, said Karimi. Babies were dying in these camps and there is a major humanitarian crisis unfolding in the country. And, “yet the world is silent”, she wrote with eloquent emphasis.

Karimi questioned the “legitimacy” of the peace deal with the Taliban, which had empowered them to return to power. She wanted to know why the media, governments and the world humanitarian organisations were conveniently silent.

They had grown accustomed to this silence, “yet we know it is not fair”, she said, adding that this decision to abandon them was wrong. And that this hasty withdrawal of troops was a betrayal to the Agfhan people who had supported the west during the Cold War. Moreover, the twenty years of gains the country had made would all be lost in this abandonment. Especially, the younger generations would face the brunt of the Taliban’s draconian rule.

The Taliban would ban art and Karimi wrote that all she had worked so hard to build was at risk of crumbling. According to her, filmmakers like her and others would be on Taliban’s “hit list”. “They will strip women of their rights and we wil be pushed into the shadows of our homes and our voices and our expressions will be stifled into silence, “ she warned.

There were no girls in schools when the Taliban had bene in power last time. But, today nearly 9 million Afghan girls were studying in schools and in Herat, which fell to Taliban, had nearly 50 per cent women in its university. The world hardly knows about these strides made in women’s empowerment. However in a matter of few weeks, the Taliban has destroyed many schools and 2 million girls have been affected. We need your voice, she pleaded and urged people to come forward to protect them, which included the filmmaking community.

Earlier too, she had posted a video on Twitter filming the chaos that ensued after Taliban entered Kabul. In the video that she shared on Instagram on Sunday (August 15), she could be seen running amidst lot of frenzied activity on the street. “This is not a clip from a scary movie, This is the reality in Kabul. Last week the city hosted a film festival and now they running away for their lives. Heartbreaking to watch but the world is doing nothing,” Iranian journalist Masih Alinejad wrote sharing the video on Twitter, said a Hindustan Times report.

Meanwhile, media reports are emerging from Afghanistan that women have started to stock burqas. During the Taliban regime in the late 90s, women who had failed to wear the burqa would be publicly lashed by Taliban’s moral police. A Guardian article quoted a 60-year-old Fawzia in Herat city shopping for burqas for the younger women in her family saying how hard it had been in the past to live under the Taliban rule. She remembered how they used to beat the women and girls who left their homes without their burqas.

The report added that after Herat city fell into the hands of the Taliban, a Taliban declaration was circulated online informing women that burqa was mandatory in all public spaces.

Amul, who is a model and designer had fought all her life against the image of the Afghan woman as a faceless figure in a bluq burqa. “I never thought I would wear one but now I don’t know. It is like my idenity is about to be scrubbed out,” she said, added the Guardian article.