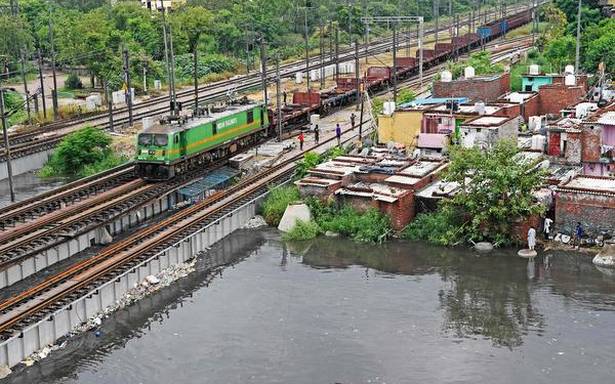 The BJP MLAs will raise the issue of removal of 48,000 slum dwellings along the railway tracks in the national capital during the one-day session of the Delhi Legislative Assembly on September 14, Leader of Opposition Ramvir Singh Bidhuri said on Saturday (September 12).

BJP legislator O P Sharma demanded that the session should be extended and be hed for three to five days for discussion on issues like growing cases of coronavirus infection in Delhi.

In a press conference, Bidhuri said, “During the Assembly session, the BJP will vociferously raise the issue of 48,000 slum dwellers ordered to be removed from railway land.” The BJP has a clear stand that the 48000 slum dwellers should be rehabilitated in the vacant flats of Delhi government, he said.

The Supreme Court, in its order on August 31, directed for removing the 48,000 slum dwellings along railway tracks in the national capital, within three months.

The governments agency Delhi Urban Shelter Improvement Board (DUSIB) has written to the Railways saying the responsibility of rehabilitation of slum dwellers lies with it.

The Railways will have to pay the cost of land and construction as well as relocation charges to DUSIB if it is entrusted the rehabilitation work, the agency said in the letter.

Bhiduri also said the BJP MLAs will raise during the Assembly session the issue of “huge” power and water bills being sent to the people.