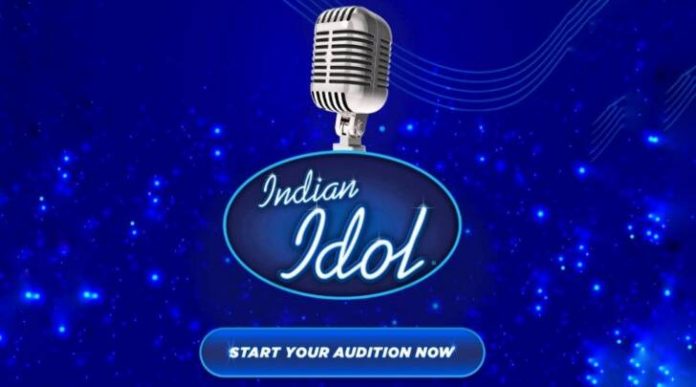 The sprawling swanky stage, the iconic Unidyne mic at the centre, and singing alone with the spotlight on you before a celebrity jury, quite frankly, became the dream of millions of aspiring singers

In the early 2000s, when singing reality show Indian Idol stormed the Indian television arena, so far dominated by family and social soaps, it instantly made a connect with the youth. The sprawling swanky stage, the iconic Unidyne mic at the centre, and singing alone with the spotlight on you before a celebrity jury, quite frankly, became the dream of millions of aspiring singers.

I was one of them. Having performed in local gigs and won college and inter-college music competitions, it took me idols like Abhijeet Sawant and a Sandeep Acharya – not to forget songs like Sawant’s post-win Mohabbatein Lutaunga which used to play on the TV in a loop – to dare to dream and try my luck in the glitzy reality show.

So, there I was in 2005, standing in a queue of hundreds, outside a five-star hotel in Bhubaneswar, when the crew of Indian Idol Season 3 flew to Odisha for their first-ever audition in the state.

After buying an audition pass in black for ₹500, and waiting for the better part of the day, I made it to the last audition room, and made it through to the first round too. The final round to shortlist top contestants from the state was to be held at Konark, almost 70 km from Bhubaneswar and an additional half-an-hour from my hometown Cuttack. We were asked to report at the hotel at 4 am in the morning from where a bus would take us to Konark.

It was an impossible proposition for me and the beginning of a dramatic journey – all of which Indian Idol is so popular for tapping. So, I fought with my father, took the earliest bus from Cuttack, reached Bhubaneswar and rode with my elder brother all the way to Konark. It was 11 am by the time we reached and by then the audition was over. I came across despondent contestants in the team bus who were eliminated – some were weary with grief –while others were trying to cheer them up. The finalists were shooting near the Sun Temple.

In a last ditch attempt, I asked the organisers if they can let me audition, and they surprisingly agreed after a brief team discussion. I don’t remember the number of songs I sang before the jury, but I do remember being told that ‘you are tired, but you still sang so well. You are in’.

The auditions over, it was time to act now. The makers started recreating and fictionalising my journey. With cameras poised at me, I was asked to literally plead before them to give me a chance to audition. The person in charge feigned to refuse and then gave a reluctant nod. For the post-audition reaction, I was asked to hug my brother and show how happy I was. I spent the remainder of the day shooting for the show’s promo at the Konark Sun Temple, along with the other four finalists from the state. Extremely snobbish, the crew walked all over the place – from snapping us for not knowing how to face the camera to scaring tourists off to criticising the food that was catered.

The next round of audition was in Kolkata, following which the qualifying contestants would get an opportunity to enter the Mumbai round. The five of us reached the venue on the D-day. But, we were not taken to the audition room. We were literally whisked away in a car with the camera crew, and found ourselves being driven through the iconic places of Kolkata – we hopped on to the tram cars and sang medleys, we pretended to be best friends even though we barely knew one another and we re-shot interviews till it was done right.

Dead tired and hungry, by afternoon, we were directly driven to the venue and had the audition within minutes of reaching. There was no provision for refreshments nor were we allowed to meet our parents. My father sat somewhere alone holding lunch, trying to pass it on to me through someone. He was snubbed, and like other clueless parents kept quiet, not wanting to make a scene.

The fateful hour arrived when I was supposed to face the judges. I opened the door and entered a huge room. The judges of the season – Javed Akhtar, Anu Malik, Alisha Chinai and Udit Narayan – sat in an extremely illuminated corner of the dark room. The camera crew was huddled in a corner. After the usual niceties and remarks about how my eyes were full of dreams, I was asked to sing. I sang a Lata Mangeshkar number, then another song. While the other judges remained silent and seemed to give me another chance, Anu Malik broke it to me – “You aren’t melodious enough. In fact, you can never be a playback singer, so forget about it. Maybe, you can sing before your friends, but not as a professional.” Moment of truth! Or was it? I still wonder.

For a teen who was supposed to chase dreams at this age, the words rang like a death knell. I sank into a stupor that lasted for days – the only good gesture I remember was being hugged by host Hussain Kuwajerwala who consoled me with an ‘it’s okay’.

Later I learned that two among the five of us were selected – one of them was pushed into the pool as part of a prank meant to garner TRPs. Both the selected contestants from Odisha were eliminated in the Mumbai rounds.

The cue for writing this piece was the controversy around Indian Idol 12, mostly the row over judges being asked to strictly follow the script, contestants being incessantly trolled and Indian Idol 1 winner Sawant calling out the creators of the show for allowing drama to overshadow talent.

Also read: A woman is more than her body: Indie artiste Tribemama Marykali

No doubt, talent hunts like Indian Idol are excellent platforms for aspiring dancers, singers and other performers. But the baggage for the ‘also-rans’ is quite heavy to carry. The culprit is the non-realism or the over-dramatised format of these shows that promise you ‘reality’. But the irony is, they end up cloning this ‘reality’.

Over the years, such talent shows have tried to conjure up ‘reality’ and stir emotions in the audience by showing contestants an illusionary dream and in return feeding on their miseries – if a contestant is poor or has a sick parent, they leave no stone unturned to focus on how much that person needs the fame and money the show offers. And the build-up is so dramatic and far-fetched that the idea of rejection is almost unendurable.

So, when you see small children crying uncontrollably on reality shows when eliminated, it is not the grief of losing, but the fear of not being the phenom that only the show could have made them into.

Despite the glitz and glamour of these shows, many winners have disappeared into oblivion, while the ‘losers’ have persevered towards stardom. Singer Arijit Singh, for instance, was eliminated from 2005 show Fame Gurukul, while Kashmir’s Qazi Touqeer and Bengal’s Ruprekha Banerjee went on to win the show. But today, Arijit is known as the ‘king of playback singing’, and has reduced his loss in the past to a footnote on his list of accomplishments. These shows also face allegations of having their fair share of nepotism.

My brief brush with Indian Idol taught me that it needs unlimited patience, ability to perform under extreme duress, bear scathing insults (online trolling included) and at the same time look attractive to make the proverbial cut. In hindsight, I have realised this clearly is not the idea of music for me and definitely a very dangerous way to success and fame.

Vaccine procurement ‘cannot be a battle among states’: Patnaik