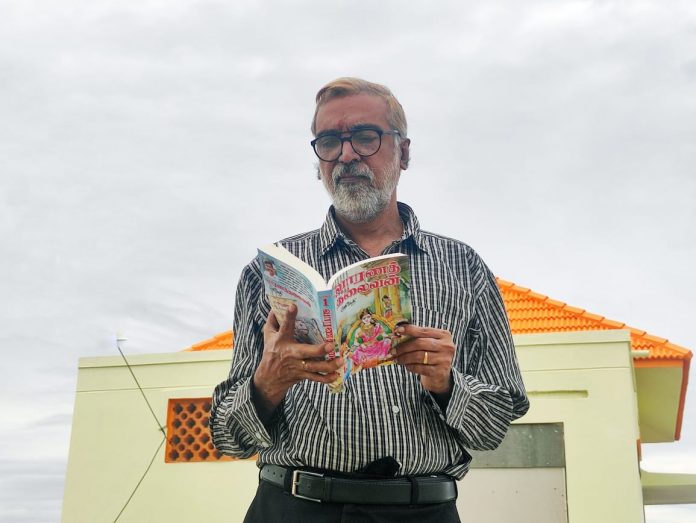 Software engineer and history enthusiast, Sundar Krishnan, has digitised more than 800 historical novels in his collection. At least 400 of them belong to the golden era of the 1970s and 80s

It is a widely believed that Tamil historical fiction as a genre begins with Kalki (R Krishnamurthy) and ends with Kalki. But a walk into Sundar Krishnan’s private library in Tiruttani, a town 90 km from Chennai, reveals otherwise.

A software engineer and history enthusiast, Krishnan maintains a collection of more than 1,250 historical fictions that he has collected from various book stalls and libraries in India, as well as abroad since 1990.

Book collectors are not uncommon but what makes Krishnan different is that he has digitised more than 800 of them, among which, at least 400 belong to the golden era (1970s and 80s) of historical novels in Tamil. Most historical novels, published between 1940 and 1970, have been lost due to lack of care and support. However, Krishnan maintains copies of some significant novels, written by writers such as AP Nagarajan, Jegasirpiyan, Sengai Azhiyan and Lakshminarayanan, which have all gone out of print.

It’s his love for history that made this 57-year-old widen his search, from old book stalls to international libraries. Krishnan first started reading historical fictions that appeared in Tamil popular weeklies. “Magazines like ‘Kalki’ and ‘Kumudam’ introduced me to history through the fictions serialised in them. I slowly started collecting historical fictions from second hand book stalls. It was during this time, I focused on books which had gone out of print. The search eventually widened to libraries in India as well as abroad,” says Krishnan in an interview to The Federal.

To prove his point, Krishnan shows the photo copies of two historical novels that he has managed to collect from the libraries of Australia and Singapore through his friends recently. It was while browsing the Internet that he got to know that a rare copy of Kalai Arasi, a historical novel based on the Chola-era written by A P Nagarajan and published in 1961, was available at the National Library of Australia.

“I contacted the library through a friend in Australia and managed to photocopy the content with its permission,” says Krishnan, who has also reprinted the book. Arulmozhi Nangai, which talks about the story of the Pallava dynasty, written by Jegasirpiyan and published in 1960, was another important novel Krishnan found in the National Library, Singapore. He also managed to get photocopies of Kadal Kottai and Gandhavel Kottam, authored by Sengai Azhiyan and published in 1970 and 1971 respectively, from a library in Sri Lanka.

“I couldn’t find a copy of his works anywhere in Tamil Nadu. It was through a writer friend that I got to know about the availability of his works at a library in Sri Lanka,” he says.

It was after moving to Chennai in 2000 that Krishnan strengthened his search for historical novels, particularly those which were out of print. As his collection grew, he decided to document the novels so that he could hand them over to some publishers later.

In 2018, he had a collection of only 800 novels, among which only 200 had been documented. But today, the number of historical novels in his collection has increased to 1,250, of which 800 have been digitised.

Why does he document historical fictions?  “Even though I maintain a collection of more than 1,250 historic novels, some 400 novels among them are rare pieces written between 1945 and 1985. The prints of many of these are not available today. Even if some are available, they are not sufficient. I document them mainly for keeping a record of the genre,” says Krishnan, whose dream project is the digital documentation of historical fiction genre. 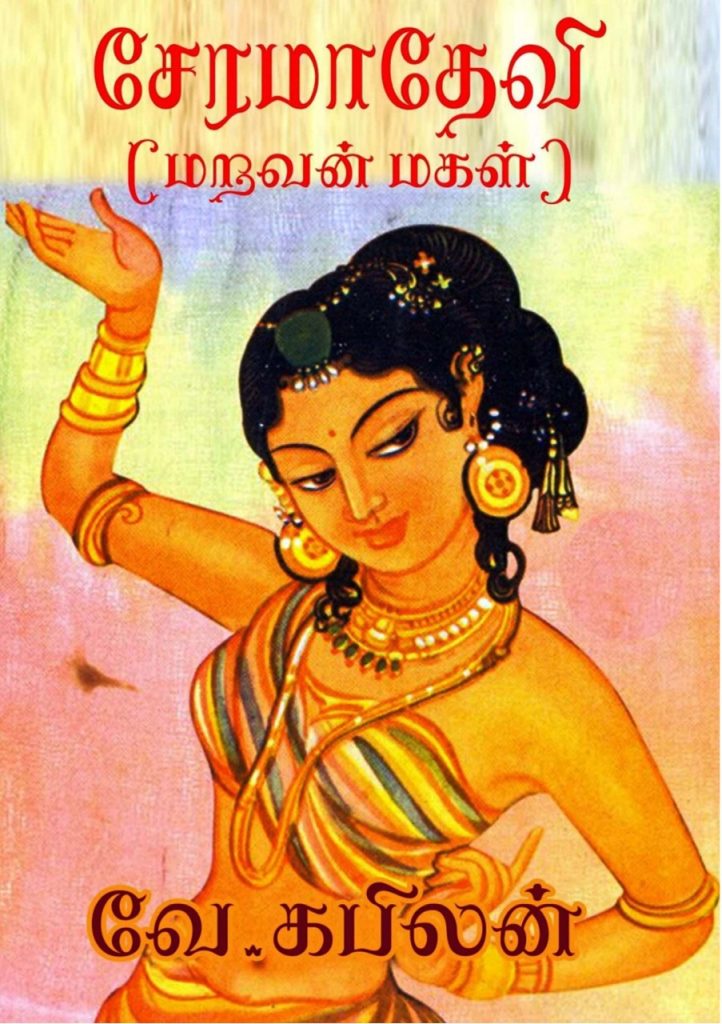 His experience as a software engineer enabled him to document the novels. “To begin with, I started with one scanner. But today, I have more than 20 scanners. I document the historic novels in two formats, a PDF and an A4-size version,” he adds.

Even though digital documentation of historic novels is progressing, what worries Krishnan is that he is unable to find the publisher or legal heirs of the writers of more than 150 historic novels written before 1990. “Finding a publisher for old historical novels is difficult. There are also legal hurdles if we do it without getting a clearance from the old publisher or the legal heirs of the writer,” he points out.

Tamil-teacher-writer Kabilan has written 18 historical novels, his best works being Ezhisai Vallabhi, Madhuranthaki, and Sera Madhevi. Krishnan has digitised 14 of his novels. In Tamil, historical novels are based on the major dynasties that ruled the region such as the Cholas, Pandyas, Pallavas and Chalukyas.

“Nearly 90 per cent of these novels are based on the story of Chola because the dynasty maintained a proper record of its day-to-day activities in the form of inscriptions. The novel Sera Madhevi is however based on the Chera dynasty. I want to reprint all the significant novels written by Kabilan. I have been trying to contact his son (he had only one son), but I haven’t got any clue of his whereabouts,” says Krishnan.

The novel Sera Madhevi is significant in another way because the great Tamil poet Kannadasan had written a novel called Seraman Kadali, in which, he had referred to Kabilan’s work.

Also read: Death of an ‘Adikavi’ and his influence on Tamil Dalit literature

Even though many, particularly software professionals, write historical novels, only a few know the art of writing. “Writing fiction based on history needs a lot of research and reference. We have lots of youngsters who are serious about their work, but at the same time, some take it for granted. They don’t do their homework well,” avers Krishnan.

Krishnan is happy that he could do justice to history and the genre he is fond of, but he says his search will continue. “There are more than 150 historical novels that I am unable to collect. I am not going to stop, my search will be on,” he says.