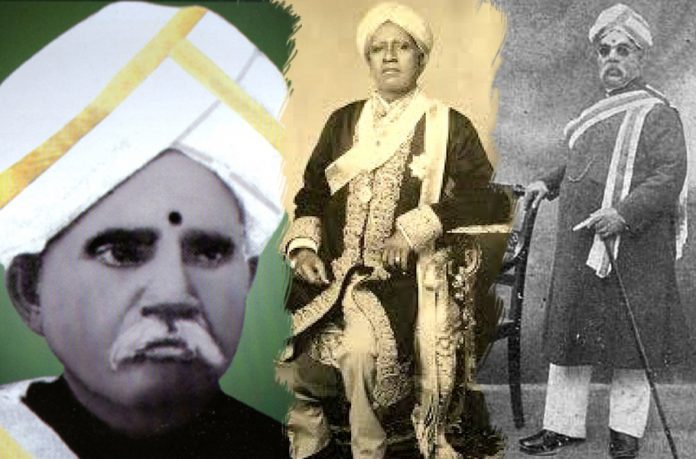 A newly-released Tamil book on Bengaluru talks about little known historical facts about the city, and more importantly, throws light on the prominent people behind the birth of modern Bengaluru. What the book says is that while Kempe Gowda may be widely accepted by historians as the founder of Bengaluru, many illustrious Tamils too have contributed their mite in shaping the modern city.

Titled ‘Naan Kanda Bengaluru’ (The Bengaluru I saw), the book has been written by a well-known writer and translator Pavannan and published by Chennai-based Sandhiya Pathippagam. Born and brought up in Tamil Nadu’s Villuppuram district, Pavannan’s real name is Baskaran. After completing his higher education, Pavannan moved to Bengaluru and joined the department of telecommunications.

Having worked in the city for more than three decades, Pavannan learnt Kannada on his own and translated major works of Girish Karnad, Siddalingaiah, etc. In fact, he had won the Sahitya Akademi Award in 2005 for the translation of Kannada writer SL Bhyrappa’s ‘Parva’ in Tamil, which was called ‘Paruvam’. 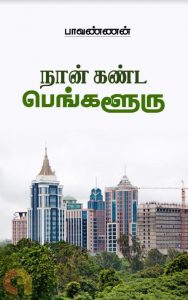 In his latest work ‘Naan Kanda Bengaluru’, Pavannan reminisces about his life and times in Bengaluru between 1989 and 1992. In the 40 chapters, he introduces popular personalities of Karnataka, who he comes across through conversations with his colleagues and friends. They also tell him about the history behind some of the iconic places in the city such as Cubbon Park, MG Road, Begum Mahal etc.

As an avid morning walker, Pavannan used to walk on the banks of the Ulsoor and Hebbal lakes fascinated by finding water bodies inside the city. He explored the city walking through the streets of Bengaluru coming across not just famous landmarks like Cubbon Park, MG Road, Holy Trinity Church and Lal Bagh, but also places like Murphy Town and temples like Domlur Chokkanathaswamy temple (one of the oldest temples in the city built by Cholas).

After settling in Lakshmipuram, Pavannan slowly starts making friends both in his office and neighbourhood. And, they introduce him to the history of when Tamils first came to Bengaluru.

It was some 100 or 150 years ago, many Tamils came to Bengaluru, in order to carry out menial jobs for the military such as skinning the dead goats and cows, dhobis, as pottery makers, etc. The government made them settle near the Ulsoor lake. An officer named Knox (Lt Col Stuart George Knox) had allotted this land to them and the area was named after him as Knoxpet.

This area lacked proper water distribution and toilet facilities and it was at this time, plague spread in the city and many of the people from this area succumbed to the disease. After which, the area was demolished and the officials started to build proper houses. An engineer named Murphy (WH Murphy) headed this project and after the completion of the project, the people started referring to the area Murphy Town.

Another friend takes Pavannan to one of Bengaluru’s landmark places – MG Road. As Pavannan soaks in the beauty and the hustle-bustle of the place, his friend Ramdev starts to narrate its history. It was once called as Parade Ground and the name continued until after the Independence. It was only after Gandhiji’s death on January 30, in February they changed the name to MG Road.

Also read: Journeying with Mahasweta Devi – a film that captured the writer’s essence

It was again through his friends, Pavannan learns about the architects of modern Bengaluru. At first, he hears about Kempe Gowda, who was a chieftain under the Vijayanagara Empire, who had fortified the city and built a lot of temples, ponds and lakes, and laid the foundation for the modern city of Bengaluru. And, who had never changed his deity, which was the tradition of rulers at that time. “Goddess Annamma Devi remained his traditional deity,” says his friend.

Pavannan then learns about other personalities who had impacted Bengaluru’s culture such as Karim Khan, who played an important role in establishing Karnataka Janapada and Yakshagana Academy; KBK Rao, the man behind ‘Select Bookshop’; Gubbi Veeranna, who started Karnataka’s first theatre group; BR Manickam, the chief engineer who designed Vidhana Soudha in a Dravidian architecture style during the chief ministership of Kengal Hanumanthaiah and Ferdinand Kittel, a missionary famous for producing a Kannada-English dictionary.

What stands out in the book however for Tamilians is how three Tamils – T Ananda Rao, Arcot Narrainswamy Mudaliar and K Seshadri Iyer – helped in building the city and are referred to as the ‘makers of modern Bengaluru’.

It is Pavannan’s friend Balaram who narrates Ananda Rao’s history in the book. Originally from Thanjavur, Rao’s father served as a Diwan in Travancore and Baroda kingdoms. After completing his education in Chennai, Ananda Rao joined as an assistant commissioner in Bengaluru and entrusted with handling the Mysuru palace accounts. Later, he served as a chief secretary under the Mysuru Diwan and he eventually became the Diwan himself.

Ananda Rao had constructed a reservoir for the Sir Seshadri hydel power station at Shivanasamudra and it was he who had invited M Visvesvaraya and gave him the responsibility of constructing the Krishnarajasagara Dam.

During the course of his early morning walks, Pavannan learns about Arcot Narrainswamy Mudaliar.

His father Muniyappa Mudaliar worked under Tamil Nadu’s Gingee Kings. During a fire accident, he lost all his assets and he migrated to Bengaluru along with his three children. Being the first child, Narrainswamy started to help his father by doing petty jobs. Later, he entered the vegetable selling business and worked hard. He made money but he didn’t keep his money to himself.

Also read: Cardamom days: From a labourer to teacher, this Idukki girl eyes IAS next

Mudaliar was a philanthropist and engaged himself in various social service activities. He started building one of the very first schools – ‘Thirukulathar School’ (1883) in Halasur for the students from Scheduled Castes (SC) since existing schools were not admitting SC children. He also built one of the very first girl’s school – ‘Govindammal Girls School’ (1886) also located in Halasur.

During his time, he saved many people dying from drought in Mysuru. In appreciation, the then Viceroy of India, Lord Lytton gave him the ‘Rao Bahadur’ title. The then Mysuru King (Chamaraja Wodeyar X) conferred him the title of ‘Dharmarathnakara’.

K Seshadri Iyer, who is known as ‘Creator of Modern Bengaluru’, was the first person to bring electricity to the city and initiate hydro-electric power in Asia. Though he was born in Kerala, he had his roots in Tamil Nadu. His great-grandfather Gowri Seshan Pattu migrated to Kerala from Thanjavur in the 19th century.

Iyer did his schooling in Calicut and his college education in Madras. After completing his education, Seshadri moved to Mysuru and started working as a judicial secretary. He then went  on to become the judicial commissioner, assistant commissioner, deputy commissioner and sessions judge and later the Diwan of Mysuru. By serving 18 years as the Diwan, he was the longest serving Diwan of the princely state. He created towns like Malleswaram and Basavanagudi.

In memory of him, an area in the city has been named as Seshadripuram.

It is interesting to note that Sir Seshadri Hydel Power Station was named after Seshadri since he was the first in Asia to generate hydropower. The power supplied from Shivanasamudra was used during the construction of Tamil Nadu’s Mettur dam. It is unfortunate that both Tamils and Kannadigas forget these histories and constantly fight with each other. But that is another story.