In September 2016, Akbar Padamsee’s ‘Greek Landscape’ sold for a staggering ₹19 crore at an auction organised by Indian art gallery, Saffronart. It ranks among Indian artworks with the highest ever selling prices in the world. The 4.3X12 ft painting is a remarkable composition because it is painted entirely in shades of grey and was made by the artist when he was merely a 23-year-old man in the 1950s.

But his age seems not to have affected his confidence in his work. Revisiting it years later after that record-breaking auction, he had said, “My methodology is absurd. That is why I succeeded in doing this. Otherwise, I would have failed miserably… It’s perfect.” 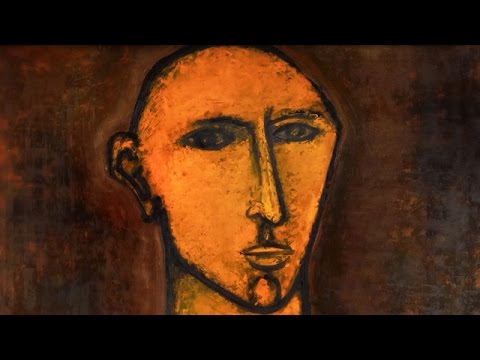 In fact, when another one of his nude-themed works – the ‘Reclining Nude’ – sold for a record-breaking $1,426,500 at Sotheby’s in New York in 2011 and Indians hailed it as a great achievement for the national art scene, it must have felt like sweet redemption for the artist.

Padamsee hailed from Bhavnagar district of Gujarat and was one among the eight children of Hassan and Jenabhai Padamsee. The famous adman and theatre personality, Alyque Padamsee was his sibling.

A young Akbar trained in the fine arts from erstwhile Bombay’s famous JJ School of Arts and was soon winning prestigious international scholarships, including one from the Rockfeller Foundation and later the Lalit Kala Akademi. Other awards and recognitions followed through the years with him winning the Kalidas Samman from the Madhya Pradesh government in 1997, and the Padma Bhushan in 2010.

Of lines and no lines

Counted among one of modern India’s great masters, Padamsee was part of the Bombay Progressive Artists’ Group (PAG), alongside Tyeb Mehta, FN Souza, SH Raza and MF Husain among others. While much of Padamsee’s work embodied the PAG ethos of avant garde art, he was impossible to classify or label.

Over the years, he experimented with a cast number of styles and mediums. Indeed, his long career is a testament to his diverse oeuvre that comprises works in watercolour, oil painting, plastic emulsion, sculpture, printmaking, computer graphics, photography, filmmaking, engraving, and lithography.

Padamsee was well known for the vibrant tones of his work. He has been called, among many things, a master colourist because of his large and vibrant ‘metascape’ paintings. These metaphysical landscapes often juxtaposed mirrored diptychs, contrary colour palettes, and used elemental motifs borrowed from classical Sanskrit poetry.

However, he was equally well known for his monochrome paintings, especially the signature grey heads that he painted by the dozen. In fact, he expressed his love for the ‘non-colour’ when he once said, “Grey is without prejudice. It does not discriminate between object and space.”

Other notable things that Padamsee will always be remembered for are his establishing the Vision Exchange Workshop (VIEW) for printing and film making between 1969 and 1971, and making two films titled ‘Syzygy’, and ‘Events in a Cloud Chamber’.

As with alternate mediums and forms, Padamsee was also always interested in alternate ideas. His art was deeply informed by Indian philosophy, and he spent his final years increasingly associating with the Jaggi Vasudev’s Isha Foundation. In fact, he was living at the foundation’s Coimbatore centre when he passed away on January 6, 2020. The new decade may have started with the loss of an old master, but Padamsee’s defiant colours will live on.

(The writer is a scholar of Interfaith Studies at the University of Wales. She researches and writes about Indian culture, history and mythology)