Much before Irrfan Khan wowed the world with his acting talent, the actor was a shy, passionate and sincere person, who was meant to be all things great, say friends and colleagues from his early days.

Irrfan passed away on Wednesday after losing his battle with a rare form of cancer at the age of 54. The industry dubbed the actor’s untimely demise as an emotional void, which will be hard to fill.

Much of Irrfan’s journey to become the actor he eventually did, began when he got into the National School of Drama (NSD) in 1984, where ‘Taare Zameen Par’ actor Vipin Sharma first saw him. 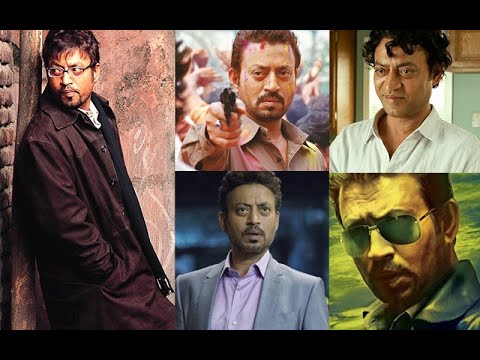 “I had already graduated but used to hang out in the hostel. I was friends with Tigmanshu Dhulia, Sanjay Mishra and would often be with them in their rooms.

“Irrfan was my junior and I remember he had done a play in one of the students’ productions, and when I saw it I was totally blown away by his performance,” Sharma told PTI.

The actor said back then Irrfan and Tigmanshu weren’t the best of friends and barely used to chat. “I remember telling Tigmanshu that Irrfan was a great guy and he should connect with him. We all know how that turned out,” he said.

Tigmanshu and Irrfan went on to form a solid cinematic partnership, with consecutive acclaimed work, from “Haasil”, “Paan Singh Tomar”, for which the actor won a best actor National Award, to “Saheb Biwi Aur Gangster Returns”.

Sharma recalled the actor had a small room to himself in one corner in NSD. “He was a very private person from the beginning. Normally in the hostel, two-three people shared a room. Irrfan had picked up this room, which was single occupancy. It was in the back, right in the corner.

“We would see him sitting by the window, reading a book. He was in his own world. It wasn’t that we spent a lot of time in NSD but strangely our bond grew after college. I felt like he was a brother to me.”

When Irrfan graduated from NSD, the actor came to Mumbai looking for work and fortunately, got cast in Mira Nair’s award-winning 1988 film “Salaam Bombay”.

For the film’s workshop, Irrfan was flatmates with another actor, who would go on to cement his position in the coming years: Raghubir Yadav. 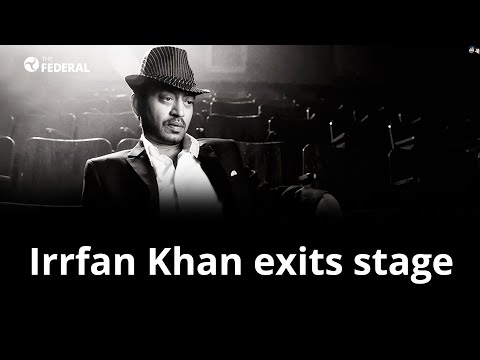 The “Peepli Live” actor said though Irrfan was his junior in NSD, the duo met during the workshop in 1987, which lasted for nearly six weeks.

“There was me, Irrfan, Mira, writer Sooni Taraporevala, Barry John and 130 kids. We lived in an apartment behind Jaslok Hospital. Shyam Benegal would live right above us. Irrfan was an extremely hardworking person and incredibly passionate. Every day after finishing workshops, he’d say ‘Raghu bhai, let’s go to the streets, explore.”

“Both of us were new to Mumbai and were supposed to play local city characters. We just didn’t know the culture, the lingo, and lifestyle. We would travel by bus, locals and spend so much time on Grant Road. Just observing people, studying how they talk, walk. There was so much learning with him,” Yadav said.

For the film, where Yadav played a character named Chillum, the actor had to learn how to smoke which he had never done in his life.

“I remember Mira had asked us to light a bidi, my first, and it was Irrfan’s duty to get two bidi bundles every day, which we would finish in 24 hours. We would smoke one and talk so that we remain in character,” he recounted.

Yadav said Irrfan was hoping he would get a role as one of the kids in the group in “Salaam Bombay!”, and when that didn’t happen, heartbreak and tears followed.

“I was already signed for Chillum but he was devastated. He cried so much that night. I calmed him down, told him we have just started. Everything that’s broken can be fixed. He didn’t get the role because of his height. Though Mira had told him he’d get something else, he was inconsolable.”

The actor recalled the director came over with beer to console him and the duo made him realise that this wasn’t the end of his journey.

“I told him this is just the beginning. This is the same city which will one day embrace him. Of course, I had said that to soothe him but he was sincere and I’m not surprised my words turned prophetic. He had such passion to learn, surrender and adapt, I knew he would go far. It was his sincerity, which took him ahead, so far.”

From a cameo in “Salaam Bombay!”, Irrfan went on to headline films like “Maqbool”, Nair’s “The Namesake”, “The Lunchbox”, “Piku”, “Hindi Medium” and his last outing, “Angrezi Medium”.

Even as he grew in stature, Irrfan remained deeply connected to all those he met in the beginning of his journey, his friends said.

Sharma remembered how Irrfan was “instrumental” in getting him back to acting after he had briefly quit the industry.

“When ‘Maqbool’ came, he asked me to watch the film and said how cinema was changing and great things were happening. I saw the film and told him I loved it. He said, ‘If that’s the case, come back to Mumbai and start acting.’ I kept thinking about what he had said and eventually returned.

“I last met him when I visited him in London during his treatment. We kept in touch through messages. He told me he was coming to India in August and would meet me. I kept waiting, but it never happened… Memories are the only thing left now,” he said.