At 3 in the afternoon, an old Bollywood song Saajan Saajan… blares out of a shady basement of one of the many deserted buildings in Pune’s red light area Budhwar Peth.

As Akka (used to refer women in charge of brothels) opens the iron gate of the house, two girls sitting in the room run inside, while one them watches us from behind the curtains. Akka hands over a bottle of sanitiser and offers us a seat. The pink lights in its rooms are suggestive of the tantalising mood of the place. On the left hand corner of the room sits an old box TV set flanked by a shelf with oil lamps, oil, kumkum and other paraphernalia. On the right side is a window and a small refrigerator alongside a vegetable rack. Empty chairs along the sides of the room look as if they have been waiting for a guest for long.

Akka mutes the TV and comes straight to the point. “Batao kya chahiye tumko? (What brings you here?)”

Our answer is simple. The nationwide lockdown due to COVID-19, which brought giant industries to a standstill has severely hit those who eke out a living from flesh trade in several red light areas of the country, raising questions as to how these women are faring sans clientele for the past few months.

Akka’s answer is full of anguish. “I have been living here for more than 15 years, but haven’t seen such times ever in my life. We haven’t got any customer since the last three months,” she laments.

“We would get customers even during the day and they would keep coming till 1 am at night. But right now, there is nobody in sight for months,” she says. 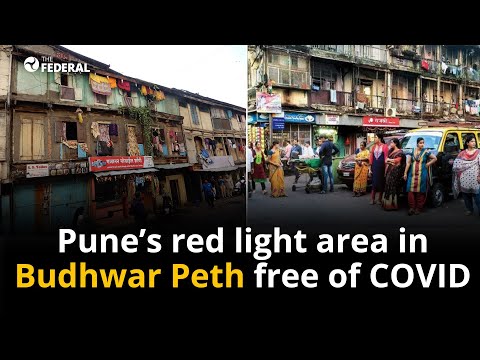 She says the trade is similar to any other business – sometimes you get more money, sometimes a little less. But, the COVID-19 crisis has brought an unprecedented setback never seen before, she says. When things were normal, each house used to get at least 10-12 customers every day.

Incidentally, the area has not reported even a single case of coronavirus since the beginning.

Akka says she used her savings to buy supplies. The police and municipal corporation had also supplied food kits. Along with that, they themselves had to buy a few things like gas cylinders, soaps, and cosmetics among other things.

“We haven’t got the electricity bill yet, but sooner or later we will have to pay it,” she says.

Same is the case of house rent which is ₹20,000 a month. “Even though the owner asks for rent, we hardly have any money to pay it right now,” she adds.

Akka gives a sigh of despair when asked about her daily routine, now that there are no clients.

Another house located right opposite the same building that houses three sex workers has no different story. Pema (name changed) who had been residing in the area for more than 25 years says, “We are getting food/ration, but haven’t earned a paisa for months. Police are not even letting us go outside, so we stay inside closed doors.”

She says the two girls with her play with mobile phones all day long.

Most of them, including a few others that The Federal spoke to, feel that corona has destroyed their business completely and they hardly see any hope of restarting it.

But they are keen on restarting the business, citing aggravating financial troubles.

When asked about the reopening of the business Pema says, “It is next to impossible in this business to maintain distance or follow all the government rules. The disease is such that it will spread to all of us if one gets it, you tell me how can we not touch a customer and still get our work done? It is just impossible here! So we really don’t know how it is going to happen but we will follow as the world goes.”

Pema summed it up in just one sentence saying, “Jo duniya ka hoga who hamara hoga (Whatever happens with the world will happen to us)”

The street outside her house, of Budhwar Peth, which once bustled with activity, wore a deserted look. Pema and her sisters now sit idle in search of patrons. They don’t know how long the wait will be. 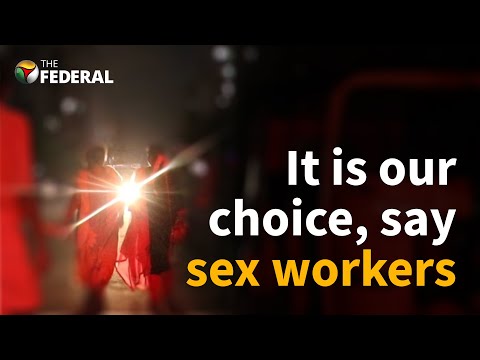