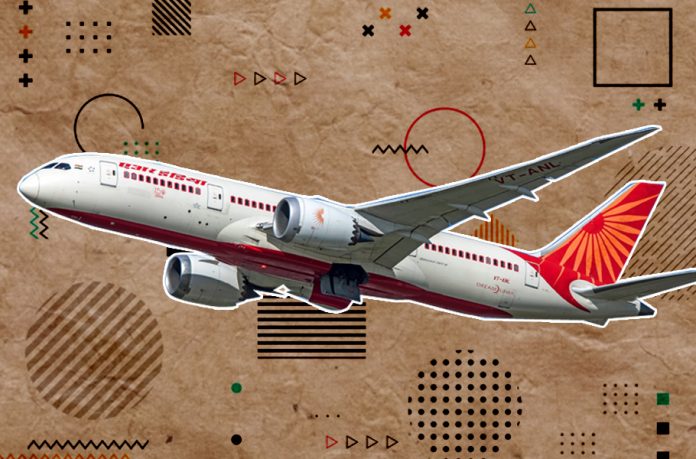 The question is, has Air India been sold for a song?

Air India is finally back with the Tatas. That Tata Sons will win the Air India bid was never in doubt, not among the prospective bidders, nor among the officials overseeing the sale process.

Also, it was generally acknowledged that the airline’s sale will not fetch a bounty for the government and this prediction has also come true. The airline has been won by Talace, an SPV of Tata Sons, for a total consideration of Rs 18,000 crore. Talace will acquire 100 per cent each in Air India, Air India Express (the low-cost international arm) and 50 per cent of the government’s equity in ground handling JV AISATS.

But here’s the catch: the government will get just Rs 2,700 crore cash upfront, with the remaining Rs 15,300 crore being the debt that Talace will take on. So, has the airline been sold for a song?

Tuhin Kanta Pandey, secretary in the Department of Investment and Public Asset Management (DIPAM), said the government had set a reserve price of Rs 12,906 crore – this was the price below which no bid would have been considered.

While Talace’s bid was Rs 18,000 crore, that of the only other successful bidder – Ajay Singh of SpiceJet in his individual capacity – was for Rs 15,100 crore. Singh had offered Rs 2,265 crore upfront and was willing to take on Rs 12,835 crore of debt.

Pandey explained the rationale behind the deal this way: the government has, in just the last one decade, infused over Rs 1 lakh crore in Air India in the form of cash support and credit guarantee support. But the airline continued to make losses, which stood at over Rs 19 crore a day or Rs 7,046 crore for 2020-21. And debt on its books was also ballooning. Accumulated losses as of March 2020 stood at over Rs 70,000 crore. Auditors had, once again, voiced their doubts over the airline remaining a going concern. So, the choice before the government really was to either sell the airline or shut it down.

The price the Tatas offered was not in wide variance with what the only other bidder offered; it was also closer to perhaps the current value of Air India assets – value of aircraft, monetised value of parking slots, routes, etc. Clearly, no legacy liabilities are being taken on by the Tata Group.

And for the government, there are further liabilities. Pandey said Rs 46,262 crore worth of debt on Air India’s books – which has not been taken on by the bidder – will be transferred to an SPV floated by the government. This SPV will also house those parts of the airline which have not been sold – its independent ground-handling subsidiary, subsidiaries for engineering and hotels and also Alliance Air.

Also read: What Tatas bring to the table in Air India acquisition

The assets which will be housed in this SPV are worth Rs 14,718 crore. Even if the government were to succeed in monetising these assets, it would still be shouldering nearly Rs 30,000 crore of liabilities from the sale of Air India.

While Pandey said that this nearly Rs 30,000 crore was not a write-down, since it is backed by sovereign guarantee and will have to be repaid by the government, this is surely the bill the taxpayer will foot in the Air India sale.

So, in effect, the government will get Rs 2,700 crore in cash, nearly Rs 30,000 crore in debt which will have to be repaid and freedom from an airline which was perennially being funded through taxpayer money.

In all, there were seven entities, including Talace and SpiceJet promoter Ajay Singh (in his personal capacity), which had evinced interest in acquiring Air India but only two qualified to reach the bidding stage: Talace won the bid, by offering Rs 18,000 crore in total for the airline against Singh’s Rs 15,100 crore.

After the government announced that Talace has won the bid this evening, Ratan Tata tweeted an excited welcome to Air India, which is back into the Tata fold. JRD Tata had launched the airline in 1932 as Tata Air Services. After World War II and just before India gained Independence, the airline was converted into a public company and renamed Air India Limited.

In 1953, the government decided to nationalise all Indian airlines and created two corporations – one for domestic service, called Indian Airlines Corporation (merging Air-India Limited with six lesser lines) and one for international service, Air India International Corporation. The latter’s name was abbreviated to Air India in 1962. In 1977, JRD Tata was removed from its chairmanship and since then, Air India has been run by babus from the central government.

Ratan Tata not only welcomed the return of an airline started by the Tatas, he also said “considerable effort” will be required to rebuild the airline. It will be a considerable effort indeed from here on for the Tatas to make some sense of their newest acquisition. The group will need to clearly set short-term, medium and long-term goals to get Air India fully integrated into its existing aviation business.

Remember, the Tatas already own a majority stake in ultra low-cost airline AirAsia India; the group is also in a 49:51 joint venture with Singapore Airlines in full service carrier Vistara. How will three airlines be integrated, if at all?

The government has made it clear that the Tatas cannot dilute their stake beyond 51 per cent in Air India for one year after the deal has been signed; the brand name and other logos of the airline cannot be transferred for five years. Even the 13,500-odd employees of Air India and Air India Express together cannot be retrenched for one year and can only be asked to leave after a VRS is offered thereafter.

Now that Air India will cease to be a government airline – the transfer to the new owner is expected by December, after all clearances etc, are finished – the expectation is better service standards for consumers and lower cash burn for the new owners. A tough call, indeed.

Also read: From the Tatas to the Govt and back to Tatas? Legacy of Air India