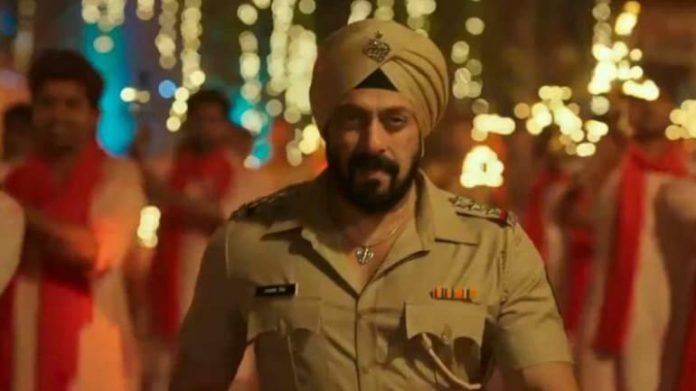 Salman Khan plays an honest cop in his latest film Antim: The Final Truth, a remake of a Marathi film on the plight of farmers

The ‘bhai’ of Bollywood, Salman Khan, today scoffed at the idea that the era of superstars is winding down with the advent of OTT platforms.

Claiming that he has been hearing for the last four generations that ‘this is the last generation of stars’, he said that superstars like him would go, but somebody else would emerge and take their place. “ I don’t think that era of stars will go. It will never go. It will always be there,” reiterated Khan, who along with Bollywood actors Shah Rukh Khan and Aamir Khan, has been dominating Bollywood and Indian cinema for more than three decades.

According to the actor, who made his debut in 1988 and became the nation’s teenage heartthrob with the love story, ‘Maine Pyar Kiya’, said that today to retain the superstar status depends on a lot of things such as “selection of movies, what you are in real life, and more. It’s a whole package of things.” This younger generation too will have their superstars, he added, said an Indian Express report.

However, the actor, who is promoting his current film, ‘Antim: The final truth’, in which he plays an upright police officer, also added in a tongue-in-cheek fashion that he is not willing to let go of his superstar title so lightly to the next generation.

“We will not leave it for the younger generation to take it easy. We will not hand it over to them,” he said telling the younger generation of actors to work hard since actors like him at over 50+ were working very hard. “Mehnat karo bhai, pachas plus me mehnat kar hi rahe hain, toh aap bhi mehnat karo (work hard, we are working hard at the age of 50+, you should also work hard),” Salman said.

Salman Khan, who had helmed a number of films that were huge box office hits, and done a wide variety of roles, firmly entrenched himself as a leading superstar with his role as the swaggering cop, Chulbul Pandey, in the ‘Dabangg’ films. In his latest film, ‘Antim: The final truth’, he is however playing a very ‘un-Salman like character’, without songs and sans a heroine.

The director Mahesh Manjrekar reportedly has stripped him of his superstardom, said Salman Khan in the IE report. The director did that since they could not make this character in ‘Antim’ like ‘Dabangg’. If he had wanted to do that, he would have easily made Dabangg 4, he said. This character has a seriousness that is similar to his character in the 2004 ‘Garv’, in which he also played a honest cop.

According to Khan, the character is “very Hindustani”. He is rugged but will take orders and get humiliated as well and will wait for the right time to strike, he said. The film is a remake of the Marathi film ‘Mulshi Pattern’, directed by Pravin Tarde. This Marathi film centers around the plight of the farmers, who sell their lands to builders and not being savvy enough about savings slip into poverty soon after. And how the younger generation from these farming families take to crime. In the Marathi film, the cop had only four or five scenes. But Manjrekar and Salman have taken the plot and made a different film.

Incidentally, this Marathi film is being made in Tamil, Telugu and Kannada.

Salman Khan, who has done sober roles in films like ‘Bajrangi Baijaan’ and ‘Baghban’, said his role in ‘Antim’ may be larger-than-life with action scenes but it will be “realistic”. The director and Salman Khan realised this character is best alone and have not given him any songs or much-younger heroines hanging on to him.