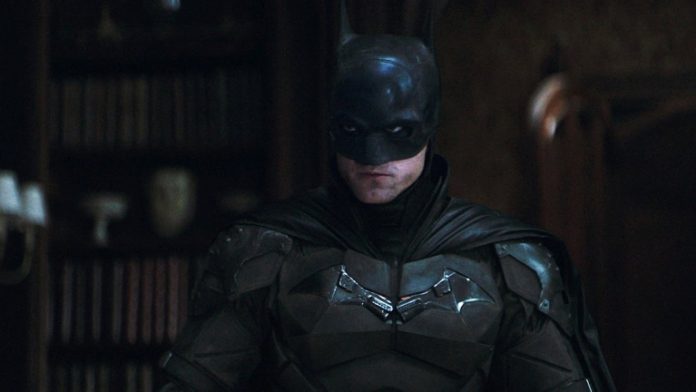 The Batman directed by Matt Reeves pits the superhero against the Riddler. The film will hit the theatres in March

The first trailer of The Batman with Robert Pattison playing the caped crusader made its debut on Saturday (October 17) at the DC Fandome virtual fan event. Most film experts are calling it probably the ‘darkest, most violent and the craziest’ outing for one of Hollywood’s favourite superheroes fighting injustice, Batman.

Set amid the rain and gloom of Gotham City, this film ostensibly takes off a year after he donned his role as a costumed vigilante. The trailer shows Batman pursuing who we believe to be the Riddler (played by Paul Dano), attacking his enemies with new-found, unhinged brutality that earlier Batman movies never really displayed and in deep conversations with the Catwoman on roofs. Batman’s voice in the trailer too is surprisingly low-key and doesn’t resemble the gruff tone in Christopher Nolan’s ‘Batman’ essayed by Christian Bale.

The trailer starts off with the arrest of the Riddler, but though the role is played by Paul Dano, director Matt Reeves keeps the character’s face hidden throughout the trailer. But the camera moves to a cup of coffee laced with a creamy question mark. There is an extended familiar fight sequence between Batman and a group of hoods in clown makeup. A car chase involving Colin Farrell’s Penguin, who thinks he destroyed Batman, but the Batmobile emerges from the flames and the chase is on.

There are scenes where Batman is fending off gunfire in the trailer, revealing that his batsuit is not only very bulletproof, but it can electrocute baddies. And, you get to hear Batman saying with chilling calm, “I don’t care what happens to me.” Also, the trailer shows the detective side of Batman as he creates a murder board on an entire floor to study the evidence he has.

Also read: The coming out of Superman: How we got here and what it means

There are a lot of action-packed, slick sequences that are so typical of this DC Comics universe.

Vengeance has arrived at #DCFanDome. Watch the new trailer for The Batman now! Only in theaters March 4.

♥️ this tweet to get reminders when tickets go on sale and when #TheBatman lands in theaters. pic.twitter.com/34okmV6x7b

If there were any apprehensions about Robert Pattinson playing the new Batman, the trailer seems to lay all doubts to rest. The trailer shows him confidently striding through Gotham City striking fear in the hearts that are bent on evil.

The trailer also dwells a tad too long on the Batman equation with Catwoman, his partner in crime. Played by Zoë Kravitz as Catwoman, this movie reportedly tries to be true to the comic-book form, with Catwoman taking a bit of a centrestage in this film. Some media reports have suggested that the trailer seems to be giving a lot of prominence to Catwoman and Oswald “Oz” Cobblepot, aka the Penguin, who is played by Colin Farrell.

There doesn’t seem to be any sign of the Joker in this one, so the battle royale that Batman seems to be engaged with in this film is all set to be the complex serial killer, The Riddler.