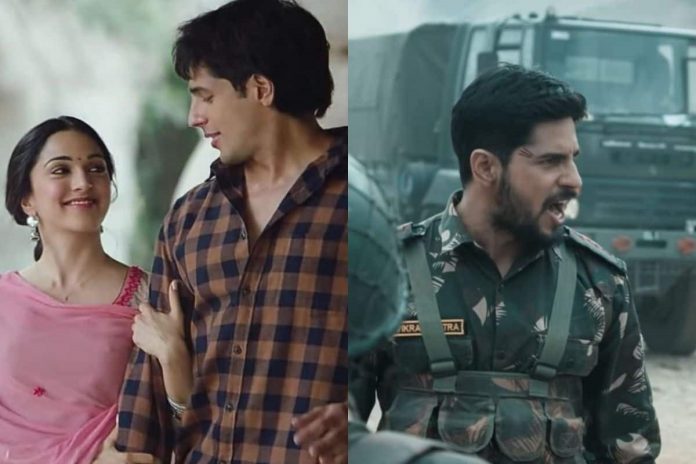 ‘Shershaah’, the Sidharth Malhotra-Kiara Advani film on the heroic exploits of Kargil war hero Vikram Batra, has turned out to be the ‘most-watched film’ on Amazon Prime Video.

On Tuesday, August 31, the streaming platform shared that the film has been watched by audiences in over 4,100 Indian towns and cities as well as in 210 countries and territories around the world. On IMDB too, the film had a high 8.9 rating, said media reports.

The two lead actors of the Vishnuvardhan directorial ‘Shershaah’ took to social media to share the news with their fans and thanked them for their love.

Posting a promo video of the film, Malhotra wrote on his Instagram page, “Thank you, everyone, for your love (sic),” while his heroine, Advani said, “Thank you for all the love, respect and appreciation you have showered on us for #Shershaah (sic).”

Earlier too, Malhotra had posted a video on his experiences of shooting war sequences in Kargil and how they tried to make it as realistic as possible. The director and the actor explained in the video how they were helped by army personnel to shoot these sequences and make it as real and raw as possible.

In the video, Malhotra said that they had to shoot in rocky, slippery terrains which were never flat. They had to run and fight on this terrain and deal with breathlessness. While the crew had to manage the equipment and just run with the camera up the hill.

Malhotra had captioned the post, “Conquering Kargil Shershaah. Shooting the sequence of conquering Kargil has been one of the most thrilling and memorable experience for all of us. From Rocky terrains to breathlessness, we tried our best to keep the sequence as raw and real as we could. A big thank you to the Indian army…”

‘Shershaah’ which released on August 12 on OTT is based on the true story of the Param Vir Chakra awardee, Kargil War hero – Captain Vikram Batra, who had lost his life whilst saving a fellow soldier during the Kargil War at just 24.

Lead actor Sidharth Malhotra who was just 14 years old when the Kargil War took place, was motivated by the story of Captain Vikram’s sacrifice after a meeting with the matryr’s twin brother, Vishal Batra. He took the film project to Karan Johar’s Dharma Productions and ensured that the Kargil War hero’s story was made to be told across the world.