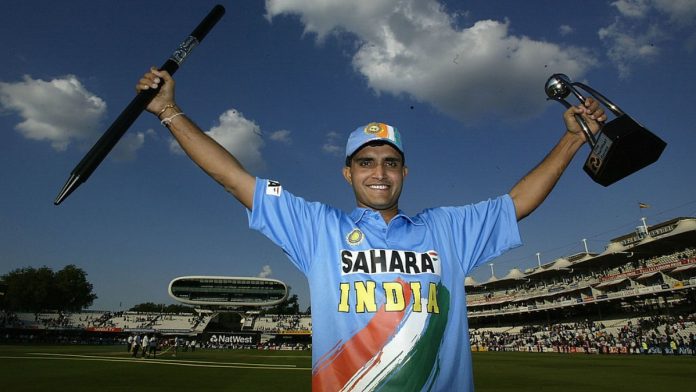 The biopic on Sourav Ganguly, one of India's finest captains, is still at the scripting stage

Biopics on sports icons are a big favourite with Indian cinema audiences. Be it ‘Chak De!’, ‘Mary Kom’, ‘Dhoni’ or ‘Bhaag Milkha Baag’, Indians love to savour the struggles, the searing triumphs, the ups and downs and the sorrows of their sports stars on the big silver screen.

Now, it is the turn of former Indian captain Sourav Ganguly’s life to be captured on celluloid. News reports said that the current president of the Board of Control for Cricket in India has given an official nod for the project. The Bollywood film is slated to be made with a ₹200 crore to ₹250 crore budget and under the banner of a major production house.

Ganguly told News18 that he has agreed to the biopic. “It will be in Hindi but it is not possible to say the name of the director now,” he said, adding that it would take a few more days to arrange everything.

Bollywood actor Ranbir Kapoor, who has not had a major release since he had essayed the role of Sanjay Dutt in ‘Sanju’, is the “hot choice” for the role. Ganguly has brought up Ranbir’s name though two more actors are on the list as well.

This biopic will capture his days as a young cricketer before he became the captain of the Indian national team to his historic win at the Lords and to finally becoming the BCCI president. The project is still in the scripting stage with the production house having had a couple of meetings with Ganguly.

Other biopics on India’s famous cricketers have been the late Sushant Singh Rajput starrer ‘MS Dhoni: The Untold Story’, which was a big hit, while former India captain Mohammad Azharuddin had a film made on his life too. Sachin Tendulkar has a documentary on him.

There’s also ’83’, a film centred around India’s 1983 World Cup victory, in which Ranveer Singh plays the role of the former Indian cricket team captain Kapil Dev. Directed by Kabir Khan, the film chronicles the events that led upto India winning the Cricket World Cup in 1983. Biopics of Indian women cricketers like Mithali Raj and Jhulan Goswami are also on the anvil.

Ajay Devgn is also essaying the life of legendary football coach Syed Abdul Rahim in ‘Maidaan’. Rahim had coached the Indian football team from 1950 to 1963, a period which was considered to be the golden era for the Indian team. It was then they became the first-ever Asian team to reach the semi-finals of the 1956 Melbourne Olympic Football tournament.

News of Ganguly’s biopic has cropped up many times in the news earlier. There were rumours that a film with Hrithik Roshan was being planned but Ganguly had squashed all the reports. But this time, the news has been substantiated by a confirmation by Ganguly himself.