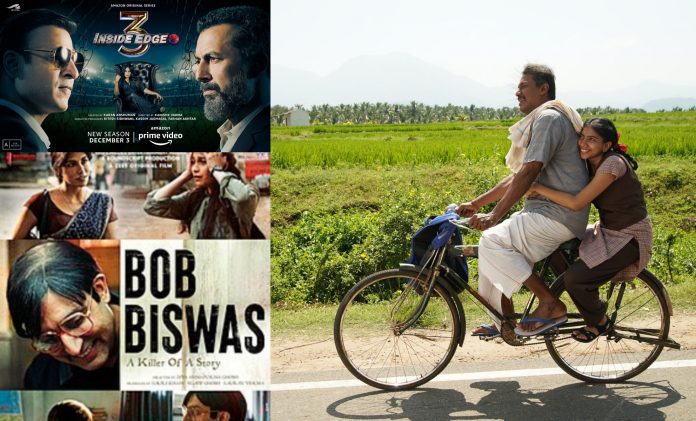 ‘Chithirai Sevvanam’, a Tamil film which released on Zee5 this weekend, is a disturbing watch. Loosely based on the Pollachi sexual harassment and extortion case, the film revolves around the exploitation of small town girl students by boys with “powerful” fathers. The boys use the cheapest trick in the book in the era of mobile phones and social media – clandestinely take photographs and videos of girls and terrorise them.

The girls petrified of the intrusive gaze of social media seem helpless, and find it hard to fight back. ‘Chithirai Sevvanam’ helmed by actor Samuthirakani and newcomer Pooja Kannan (Sai Pallavi’s sister) intends to be a hard-hitting film on this subject, and goes hammer and tongs to drive home the pathos and injustice of it all. But unfortunately it veers off in a different direction and firmly shuts the door on alternative ways of tackling this serious malaise.

The debutant director, Stunt Silva, hangs this tragic tale on a loving father-daughter relationship and their noble dream to bring desperately needed emergency medical care to their village. Moreover, the sprightly daughter (played by Pooja Kannan, whose performance for a first film is highly impressive) is the district topper in the board exams and is studying to clear the NEET ( already a controversial topic in Tamil Nadu, so is this deliberate?), when her life goes horribly wrong.

The film begins with the police knocking on Muthupandi (Samuthirakani)’s door to inform him that his daughter Aishwarya (Pooja), living in a hostel in Pollachi to be able to study at a NEET coaching centre, has gone missing. An anguished Muthupandi meets the police officer-in-charge Asha Nair (Rima Kallingal), who is sympathetic but is unable to help him, caught up in tracking down a vigilante ( a la Senapathy from Shankar’s ‘Indian’) who is also on the loose.

‘Chithirai Sevvanam’ moves forward with flashbacks which show how the father-daughter special bond had strengthened after the untimely death of Muthupandi’s wife. She dies because of lack of emergency care in the village and this prompts the father to make it his life’s mission to ensure his daughter becomes a doctor. The scenes between Samuthirakani and Pooja are handled well without getting too sentimental.

Pooja moves into the hostel to take her next step towards her dream. But, a bunch of local rich kids, take a video of her bathing in her bathroom which goes viral after it is passed around. The plot trundles in a different direction altogether and turns into a thriller as local boys suddenly disappear and Kallingal, hounded by menacing politicians, is trying hard to solve the mystery. Along the way, a miserable and dejected father is hovering around trying to find out what actually happened to his missing daughter.

The film had a lot of potential but the story written by director A L Vijay (who has also produced the film) fails to do justice to the issue. Vijay has a string of films like Ajith’s ‘Kireedam’ ( a remake of a Malayalam movie), the acclaimed ‘Madraspattinam’ and more recently ‘Thailavii’ to his credit. There are many holes in the screenplay, as we get no back story on the boys involved in the crime. Pooja’s roommate suddenly has an agenda of her own. Kallingal who holds on to her role as a tough cop with all her might is let down by a weak plot. The editing is crisp, the camera work and music passable. But, despite the loopholes, this film is worth a watch because of the topic that it aims to address before it turns into a potboiler. 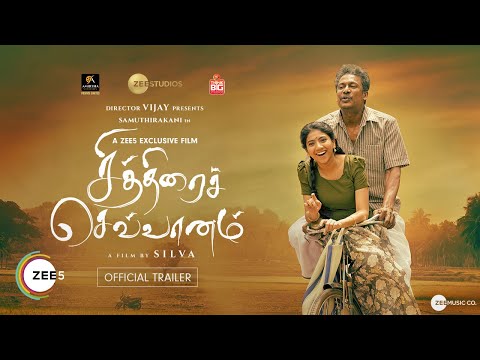 Many may have an issue with how the director has portrayed Aishwarya’s reaction to what befalls her. Kallingal gives a speech at the end on the evils of social media and how girls should fight back when boys terrorise them with compromising pictures. But that message comes across feebly as what hits you more is the crime committed on Aishwarya. It can probably serve as a grim reminder of how boys in every nook and corner of India continue to resort to brutal sexual assault as the ultimate revenge on women.

Bob Biswas is back

Zee5 has another release this week – ‘Bob Biswas’. This film’s protagonist is an intriguing character that had appeared in Sujoy Ghosh’s 2012 absorbing, nail-biting thriller, ‘Kahaani’. The story centred around Vidya Baghchi, a pregnant woman who goes to Kolkata to look for her missing husband. The film was remembered for its great twist in the end, for Vidya Balan’s acting and also for the bespectacled, rotund Bob Biswas.

Biswas is a cherubic character, a prosaic, dull looking insurance agent working at a boring office with a horrible boss. But he is actually a deadly, cold-blooded killer. Shah Rukh Khan’s Red Chillies Entertainment has resurrected this memorable character in a film directed by Sujoy Ghosh’s daughter, Diya Annapurna Ghosh. The story is penned by her father and Abhishek Bachchan plays Bob Biswas, who wakes up from a coma after an accident and cannot remember who he really is. By any chance has it been inspired by the Korean film, ‘Memories of Murder’, where a serial killer loses his memory and he is taken care by his daughter? 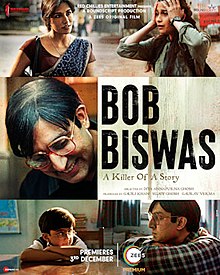 There are mixed reviews about the film. While some praise Bachchan, others are downright critical. Basically, it seems that there is too much riding on Bob and his “muddled motives” and this drags the film down. But the film is said to have some “striking moments”, as Biswas, who is living with his wife (Chitrangada Singh), a daughter and a son, gets involved with Kolkata’s drug peddlers. There is a cop on his trail as well. Might be a ‘middling’ thriller that may work for a lazy weekend.

Fans of the Indian sports drama, ‘Inside Edge’, have season 3 to binge on this weekend. The series centers on a fictional T20 cricket team, Mumbai Mavericks, whose owners operate a league-wide spot-fixing syndicate. This series in cricket crazy India was received positively, when it started streaming in 2017 on Amazon Prime Video. The second season premiered in December 2019.

The third season, which landed on December 3, has the two key protagonists, Bhaisahaab (Aamir Bashir) and Vikrant Dhawan (Vivek Oberoi), in their quest for power continuing to play dirty games. But the stakes are high this time. This season takes off from season 2 ended, with Mumbai Mavericks being banned from playing in the PPL, after it was uncovered that the owners were involved in illegal betting and match-fixing.

Team co-owners Mantra Patil (Sapna Pabbi) and Zarina Malik (Richa Chadha), and few other team players accused of committing this crime, are under investigation. This highly anticipated third season of Amazon Original series ‘Inside Edge’, has been directed by Kanishk Varma. In a statement, the makers of the series said, “get ready to witness the dark underbelly of cricket as the ultimate game of power and greed is unleashed”. Twiterrati however seem to be divided about their reactions to this season of the popular series. 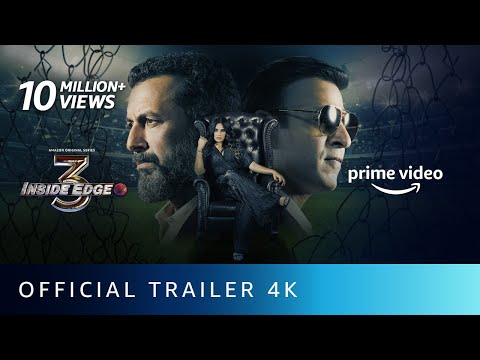 A Must Watch: Award-winning director Jane Campion’s ‘Power of the Dog’, which was recently screened at the recently concluded International Film Festival in Goa, has landed on Netflix. A western emotional drama set in 1927, it is based on a novel of the same name by Thomas Savage, and in Campion’s hands, the film takes on a meditative pace with its sweeping landscape shots and a languorous exploration of toxic masculinity which is not what it is made out to be.

Benedict Cummerbatch as the brutish mean rancher, Kirsten Dunst (famous for her role as Spiderman’s girlfriend) as the uncertain, fragile widow, Jesse Plemons as the weak brother and Kodi Smit McPhee, as the frail beautiful boy who is constantly taunted as a faggot, play their parts to perfection. However, the film, in portions fails to explain the motivation of the characters but that is Campion’s style, as she leaves the canvas open for interpretation. Indian audiences are getting this rare chance to see these films that will possibly head to the Oscars. Campion has already bagged the Silver Lion award for Best Director at the Venice Film Festival for this film.