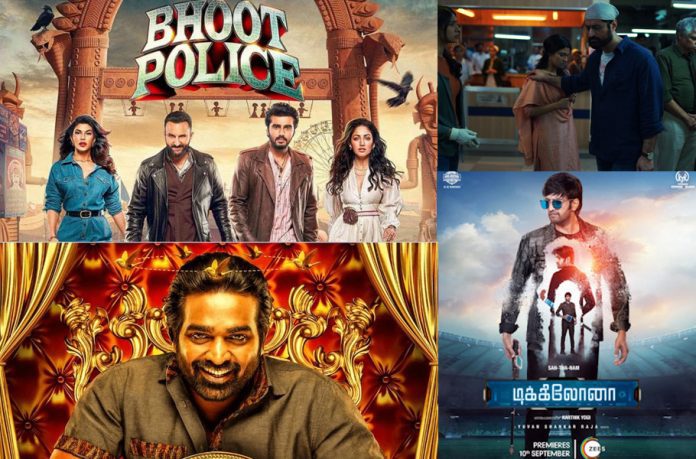 ‘Mumbai Diaries 26/11’, a series which started streaming on Amazon Prime from Thursday (September 9), takes a close look at how our frontline warriors in hospitals handled the terrorist attack that devastated the nation. Meant to be a fictional tense medical drama set against the terrifying, unforgettable night when nine Lashkar-e-Taiba terrorists unleashed mayhem and bloodshed in India’s financial capital, this series puts a human face to frontline warriors and throws light on what they have to deal with.

The series is set in a government hospital, Bombay General Hospital, ill-equipped at the best of times but completely overwhelmed when they are faced with a crisis of such a magnitude. It explores the challenges faced by the medical staff at the hospital who become the first responders across the city of Mumbai to handle this disaster as the wounded and dead are brought to their door.

They have to save lives and heal others, but the ones doing the fixing may be the most broken. The talented Konkona Sen Sharma (whose film ‘The Rapist’ is headed to Busan festival) makes her digital debut with this series playing a social services director at the hospital. In an interview to Hindustan Times, Sharma said her character who is dealing with her own demons, has to rise to the occasion when disaster strikes the hospital. 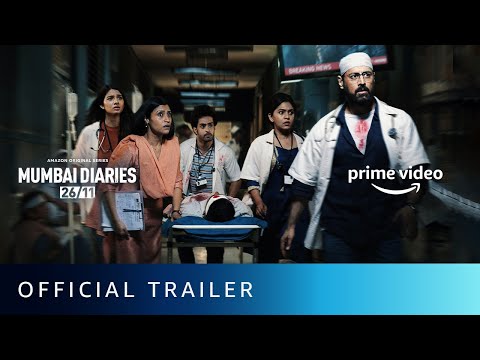 She enjoyed working on the series with the large cast, she said, which includes Mohit Raina (‘Kaafir’, ‘Uri’) Prakash Belawadi, Shreya Dhanwanthary (this actor has to be watched, remember her in ‘The Family Man’ and ‘Scam 1992’, here she plays an ambitious TV reporter looking for a ‘killer story’), Tina Desai and many more. The actors had to go through a medical training workshop and had a doctor on board to guide them to make the scenes more realistic.

The series co-director and creator of the show, Nikkhil Advani (‘Kal Ho Na Ho’, ‘Batla House’ etc.,) said in a media statement that ‘Mumbai Diaries-26/11’ offers a different perspective to the dreadful night of 26/11 and is narrated from the lens of the doctors, nurses, interns and ward boys. Check it out.

Also read: Aparna Sen’s ‘The Rapist’ to have world premiere at Busan

‘Makkal Selvan’ Vijay Sethupathi has picked up a dedicated fan following which is no less than that of Malayalam actor Fahadh Faasil. Two of his films have been confirmed for OTT release this month, one being ‘Tughlak Durbar’ and the other is the horror caper, ‘Annabelle Sethupathi’.

Yet another film ‘Laabam’, which released in cinema theatres on Thursday, has been bought by Netflix and is expected to release shortly as well. Sethupathi starrer ‘Kadai Sivavasayi’, a film that has been languishing for a long time is finally set to release in September but details are yet to be announced. Sethupathi has essayed the role of a mentally-ill character in the film, with Yogi Babu as an elephant mahout providing the comic relief.

‘Tughlak Durbar’, which releases on Netflix on September 11, the next day after it premieres on TV, is a political satire. The film revolves around a budding politician (Parthiban) whose devious plans to rise in the ranks is thwarted by Singaravelan (Sethupathi), who joins him as a side-kick.

Directed by Delhi Prasad Deenadayalan, the trailer shows Sethupathi involved in staging some crazy antics to capture the political leader Parthiban’s attention. Parthiban and  Sethupathi are teaming up together once again after the formidable duo had shared screen space in Vignesh Shivan’s directorial ‘Naanum Rowdy Dhaan’. 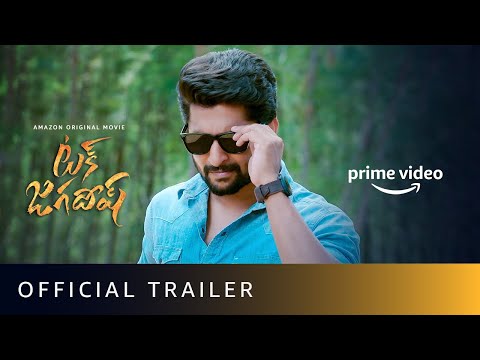 Another talented actor from the Telugu industry, Nani, has a film that landed on Amazon Prime on Thursday with a strange title – ‘Tuck Jagadish’. This is Nani’s second film on OTT,  and his second film with director Shiva Nirvana, whose debut movie ‘Ninnu Kori’ with Nani was a blockbuster. The film tells the story of a feuding family and how the younger son, played by Nani ends the discord and carries on with his father’s legacy.

Veteran actor Jagapathi Babu essays the role of Nani’s sibling and the film’s cast includes Aishwarya Rajesh, and the heroine who wins Nani’s heart in the film is played by Ritu Varma. The trailer seems to show that this is an all-out masala entertainer ideal for a festive weekend.

A science fiction comedy film, ‘Dikkiloona’ with Santhanam in the lead, starts streaming on Zee5 without much fanfare. This film was delayed for various reasons and finally sees the light of day by directly releasing on OTT.

“Finally the wait is over,” director Karthik Yogi had tweeted along with a poster of the film. Considering the movie also marks the Kollywood debut of former Indian cricketer Harbhajan Singh, there has not been much noise around the film. The title was apparently inspired by Gaundamani and Senthil ribbing each other using this word Dikkiloona in their comedy scenes together in the 1993 ‘Gentleman’ film.

Ghosts and a crazy pair of gypsy ghostbusters 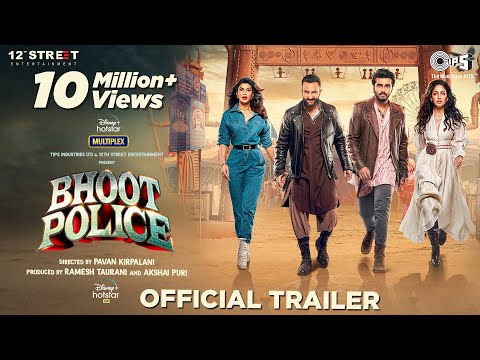 Horror comedy ‘Bhoot Police’ with Saif Ali Khan and Arjun Kapoor threatens to be one of those crazy films that Bollywood churns out (where you have to shut down the logical part of your brain) like the zombie movie, ‘Go Goa Gone’. That film had Saif Ali Khan in it too.

Directed by Pavan Kirpalani, who has helmed films such as ‘Phobia’ and ‘RaginiMMS,’ the movie has Khan playing Vibhooti, a ghostbuster who is in it for the money, while his fellow ghost hunter Arjun Kapoor Chiraunji takes his job far more seriously. In an interview to PTI, Khan has admitted that he is an agnostic in real life and doesn’t really believe in the afterlife. (and ghosts!)

“ I am not about the afterlife… I have a very sad feeling that once you die, it’s just lights out. That’s the end, nothing more. I sometimes hope there is more. And I’m not hundred per cent sure that there isn’t one,” he said.  Also, he felt that too much religion worries him because that puts a lot of emphasis on the afterlife and not enough emphasis on this life, he said.

Leaving aside his scepticism about the after-life, Khan ostensibly decided to do ‘Bhoot Police’ because of  its ‘space, set up and his look in the film’. According to Khan, it was one of the better scripts he had read and there’s more depth to it than he thinks people would expect (there you go)! So, for some Khan and Kapoor tomfoolery, and attractive women like Yami Gautam and Jacqueline Fernandez to glam up the frames, this may be just right for some spooky entertainment, Bollywood style.

For some inexplicable reason, the makers of ‘Bhoot Police’ brought forward the release of the film and now it lands on Disney+Hotstar on September 10.