Kartik Aryan at the 51st International Film Festival in Goa to attend the screening of his film, 'Dhamaka', which premiered on Netflix. Pic: PIB/Twitter

Signalling the growing popularity and acceptance of OTT platforms in the world of Indian cinema, these platforms are making their presence felt at the 52nd International Film Festival of India (IFFI) in Goa. Participating in the prestigious event for the first time, the OTT platforms have lined up a plethora of offerings such as screenings of their new films and upcoming series, exclusive masterclasses, curated film package screenings and other on-ground and virtual events.

Netflix, for example, has organised a 3-day virtual masterclass by the Paris-based renowned school of image and arts, Gobelins – School L’image and will screen their much-awaited period-drama ‘The Power of the Dog’ by filmmaker Jane Campion starring Benedict Cumberbatch & Kirsten Dunst, at the festival.

Adapted by Campion from the novel by Thomas Savage, the film is set in Montana, 1925. Two wealthy landowners, brothers Phil (Benedict Cumberbatch) and George (Jesse Plemons), find themselves at odds when solid, decent George marries Rose (Kirsten Dunst), a widow and the mother of Peter (Kodi Smit-McPhee), a disconcertingly beautiful teenage boy.

(‘The Power of the Dog’, which had won Campion the Best Director at the Venice Film Festival this year is scheduled to be streamed on Netflix on December 1). SonyLiv will also screen its web series ‘Tryst with Destiny’ by Prashant Nair, (the main draw of this series is the plethora of talented actors like Jaideep Ahwalat, Suhasini Mani Ratna, Ashish Vidyarthi) and hold masterclass with screenplay writers of their popular series ‘Scam-1992’ and ‘Maharani’. Zee5 too will hold a masterclass with Nitesh Tiwari & Ashwini Iyer, who made the series on Mahesh Bhupathi and Leander Paes, ‘Breakpoint’. 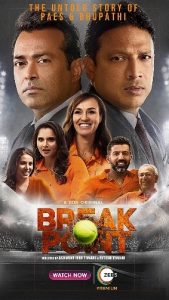 Meanwhile, Amazon Prime Video will premiere its upcoming horror film ‘Chhorii’ at IFFI and present a package of films of Satyajit Ray, to honour the 100th year of Ray. They will also organise two masterclasses led by the creators and cast of the popular series ‘The Family Man’ and Shoojit Sircar’s ‘Sardar Udham’.

Zee5 will also organise a round table of directors who have made films on sportspeople titled ‘Championing the Game’ with Nitish Tiwari, scriptwriter and director of ‘Dangal’ and ‘Breakpoint’, Akarsh Khurana, director of ‘Rashmi Rocket’, Rakeysh Omprakash Mehra, director of Bhaag Milkha Bhaag and Omung Kumar, director of ‘Mary Kom’.

Interestingly, the festival will close on November 28 with celebrated Iranian director Asghar Farhadi’s ‘A Hero’, about a prisoner on parole who attempts to get the complainant against him withdrawn. This is an Amazon original movie, which had won the jury award at Cannes earlier this year.

MUBI India is slated to premier four of its films, which have had world premieres earlier this year at the 2021 Cannes Film Festival – they are the much-anticipated works by Julia Ducournau’s ‘Titane’, Valdimar Johannsson’s ‘Lamb’, Apichatpong Weerasethakul’s ‘Memoria’ and Joachim Trier’s The Worst Person In The World.

Other highlights of the festival include tributes to actors and filmmakers who recently passed away such as Dilip Kumar, Nedumudi Venu, Jean-Paul Belmondo, Buddhadeb Dasgupta, Sanchari Vijay, Christopher Plummer, Puneeth Rajkumar etc. 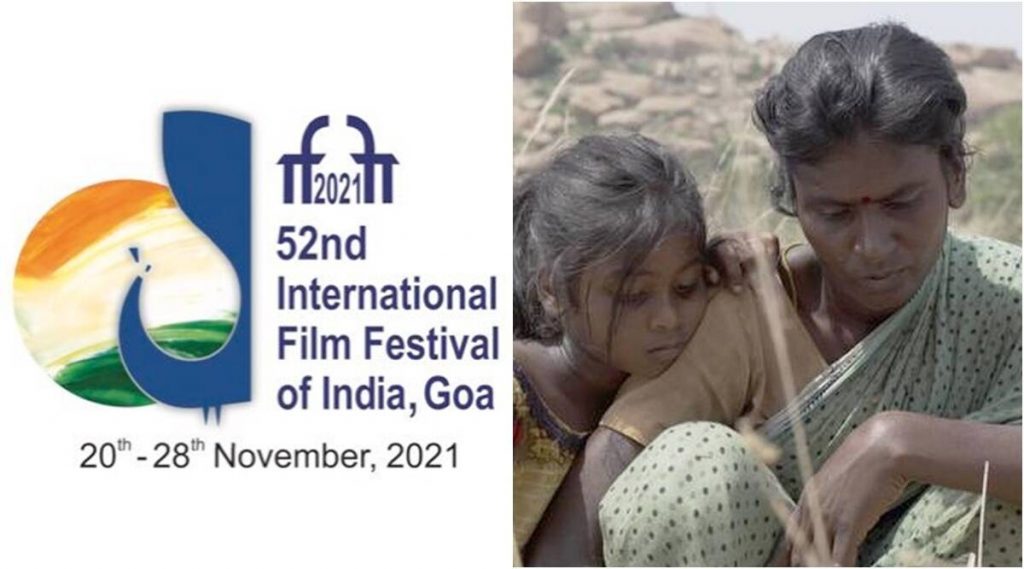 The Chennai connection at the festival will be the screening of PS Vinothraj’s ‘Koozhangal’, which is also India’s entry at the Oscars, in the Indian panorama section. Meanwhile, Hungarian director, Istvan Szabo, (‘Mephisto’), who was awarded the Satyajit Ray Lifetime Achievement award at the festival along with Hollywood director Martin Scorsese, said in a recorded message that he was “deeply moved” to receive the honour, and recalled the “profound” discussion he had with Ray many years ago.

“I met Mr Ray many years ago in Madras. He invited my wife and me for dinner, which was very excellent. We had a fantastic discussion about his films and about our profession – filmmaking. It was a profound discussion which I will never forget. And I can never forget his charismatic face and his spirit,” the 83-year-old director said.

While Scorsese said that Ray is one of the filmmakers whose work he has returned to over and over again over the years throughout my life. “Every time I see his films again, like ‘Apu Trilogy’ or ‘Charulata’, it is a whole new experience for me. They are the same films but somehow they deepen, become enriched within the feelings over the years,” the 79-year-old filmmaker said.

Scorsese said his tryst with Ray started when he watched the English-dubbed version of “Pather Panchali” on a small TV. “I showed Pather Panchali to my daughter at a young age, it has made a great impact on how she perceives the world and other cultures around the world,” he added.

The 2021 edition of IFFI is being organised by the Directorate of Film Festivals, the Ministry of Information and Broadcasting in collaboration with the Goa government. The nine-day film gala is being organised in a hybrid format – virtual and physical and will run till November 28.