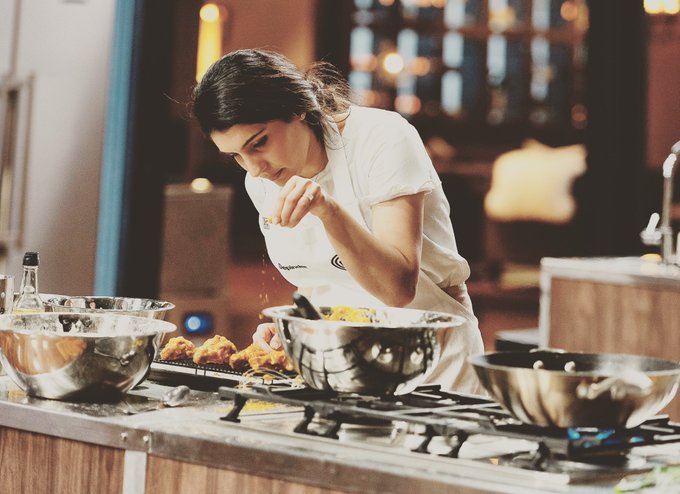 Masterchef Australia has for long been among the popular reality shows on Indian TV. Spicing it up this year is New Delhi-born contestant Depinder Chhibber, who has been cooking up quite a storm episode after episode.

From biryani to crayfish kathi rolls to tandoori chicken, Depinder has set Season 13 of the show, airing on Disney+Hotstar Premium, on fire. One of her recent creations that had the judges’ jaws dropping is the classic Kerala dish of meen moilee, where she replaced fish (meen) with prawns, and served with coriander rice and a peanut salsa.

“Last night, I cooked one of my favourite dishes of all time: Prawn Moilee,” Depinder said on Instagram, where she had posted a photo of her preparation. “Take a look at the delicious spread.”

Meen moilee is a fish curry made with coconut, as is typical of Kerala cuisine. While the spice content is low, the dish is highly popular for its flavour and aroma.

Another dish from Depinder that made waves is her green curry cake, which she served with white chocolate chilli ganache, coconut ice cream and a coconut crumb.

Depinder, who moved to Australia when she was 11, is on a mission to make Indian food more accessible globally. Also on her agenda is a book on Indian fusion cuisine. If her rising popularity on Masterchef is anything to go by, those days are not far off.

Melissa Leong’s tryst with dal, desi food, and the intricacies...