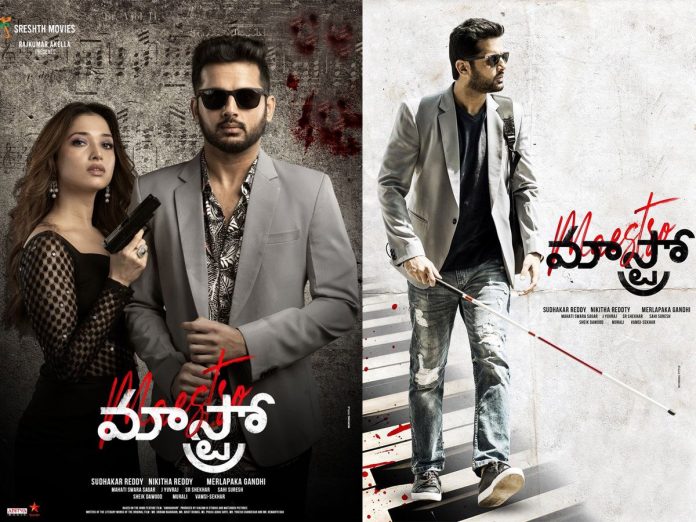 Nithiin plays Khurrana’s role of the blind pianist which had won the Bollywood actor a national award, while Tamannaah steps into Tabu's shoes

A blind pianist’s life turns into a black comedy full of crazy twists and turns after he stumbles upon a murder committed by a femme fatale cheating on her husband. This hit plot of acclaimed director Sriram Raghavan’s 2018 Hindi film ‘Andhadhun’ (Blind Tune) has been remade in Telugu as ‘Maestro’ with actor Nithiin, Tamannaah and Nabha Natesh.

‘Maestro’, which was originally slated for a theatrical release has now opted to directly drop on Disney Plus Hotstar. The OTT platform which recently released the trailer will start streaming this anticipated Telugu crime thriller from September 9.

‘Andhadhun’ had the talented Bollywood actor Ayushmann Khurrana (who had won a National Award for the role) and the sultry, powerhouse actor Tabu in the lead roles. In the Telugu remake, Nithiin plays Khurrana’s role and Tamannaah steps into Tabu’s shoes.

Nabha Natesh (the Telugu sci-fi film ‘iSmart’ fame) has been roped in to play Radhika Apte’s role from the original. 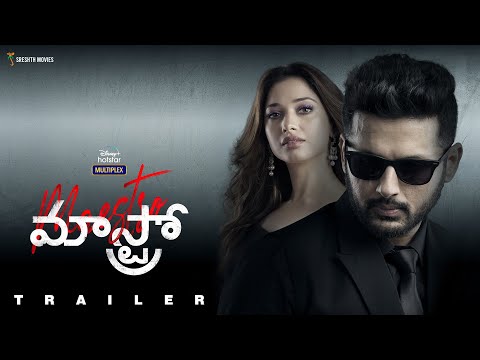 Judging by the trailer, the makers of ‘Maestro’ have largely stuck to the original film right down to Tamannaah coquettish pout as she says ‘crab meat is an aphrodisiac’, a line the makers of ‘Andhadhun’ had taken from a Nigellla Lawson video.

The Telugu version seems to have further upped the ante on the playful dark humour that had made ‘Andhadhun’ a gripping riot. The official synopsis of ‘Maestro’ says the film follows a talented musician who fakes being blind and gets entangled in a web of crime and deceit and what ensues is a laugh and thrill riot.

Telugu actor Nithiin is no stranger to comedy having acted in a series of romantic comedies. His highest grosser ‘A AA’ opposite Samantha Prabhu Akkinneni and his latest ‘Rang De’ with Keerthy Suresh has a lot of deadpan humour which the actor seems to carry off with ease.

In ‘Maestro’, Nithiin’s character witnesses a murder committed by a woman played by Tamannaah, who thinks he is blind. She’s having an affair with a virile handsome cop and doesn’t seem to have any qualms toppling people down from the top floor of her multi-storied apartment to their death. There’s a mad trio hunting to harvest organs to sell on the prowl as well.

‘Maestro’, directed by Melapaka Gandhi of ‘Krishnarjuna Yudham’ fame, is produced by Sudhakar Reddy and Nikitha Reddy under the banner Sreshth Movies.

A Malayalam remake is also in the making with Prithviraj Sukumaran at the helm. Titled  ‘Bhramam’, the film is directed by Ravi Chandran and stars Unni Mukundan, Mamta Mohandas, Raashi Khanna and Shankar.