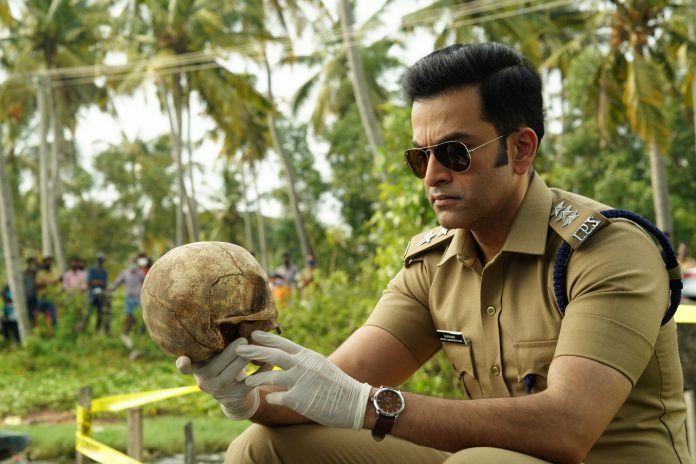 “There is no new wave in Malayalam cinema. Today, when people rave about the experimental kind of films coming out of Kerala and actors like Fahadh, I want to correct them saying that Kerala has always made amazing films and had great film-makers in the past too, especially, in the 70s and 80s,” said Tanu Balak, cinematographer turned director, whose debut Malayalam movie, Cold Case, will stream on Amazon Prime from June 30.

“It was Kerala and Bengal which largely made films that were nationally and globally recognised in the past. But, it was not publicised since there was no Internet at that time,”  pointed out Balak.

In conversation with The Federal about Malayalam cinema being celebrated of late on OTT platforms, he said, “We have had great actors and directors before too. For example, how many people know a Malayalam actor like Bharat Gopy?” He was one of Kerala’s finest actors, and one of the first to be associated with the new wave cinema movement in Kerala in the 70s.

It is not just Malayalam cinema however that is setting benchmarks in Indian cinema,  Balak added. “Our audiences are exposed to the world today, young people recognise a good film. So, we are seeing a big change in other film industries as well. Commercial films too are being made in a realistic way, take the case of Mari Selvaraj’s Karnan. It is a commercial Tamil film but made with a lot of realism,” he added.

Meanwhile, Balak’s film, Cold Case is an investigative horror thriller with “supernatural” elements. It revolves around a complex murder case, the investigation of which is taken on by one of Trivandrum’s most brilliant officers – ACP Satyajith (Prithviraj Sukumaran). (By now, the character of a cop sits easily on Prithviraj, after essaying this role in multiple films like ‘Memories’, ‘Police Police’, ‘Mumbai Police’, ‘7th Day’ and ‘Raavanaa) As Satyajith unravels several mysteries behind the murder, the case takes a rather ‘cold’ turn with the emergence of supernatural forces in the case. Finding their way through parallel investigations ACP Satyajith and investigative journalist Medha Padmaja (Aditi Balan) eventually cross paths to unearth secrets they never imagined.

Balak, who has followed all of M Night Shyamalan’s films, including his acclaimed Sixth Sense, and film adaptions of Stephen King’s novels, said south Indian cinema too has had its share of exceptionally-made mystery thrillers. According to Balak, Malayalam thrillers like K G George’s award-winning Yavanika which released in 1982 was a masterpiece. Loosely based on the disappearance of a popular tabla player from Kerala, Alleppey Usman, Yavanika was regarded as one of the best whodunits of Indian cinema.

Realising a good script is key to a thriller, Balak and his scriptwriter, Sreenath V Nath, spent many months researching the “investigative portions” of the film. “I cannot reveal much at this stage but we visited forensic departments to learn more,” he said. However, it was the script which won over a superstar like Prithviraj to act in his film.

Prithviraj said in a statement that when he heard the story, it was an immediate “yes”, as this is a hybrid genre film that is really well-written. “He came on board because he liked the script. Moreover, it is not a character driven plot, it is script oriented film. So, he’s not expected to do much emoting,” said Balak.

For actress Aditi Balan, (of Tamil film Aruvi fame) who plays an investigative journalist in Cold Case, working with Prithviraj, with whom she has a few scenes, was impactful. “I was super nervous. I have not done too many films, and I know how big he is in Malayalam cinema. But he put me at ease and I became comfortable. We do not have too many scenes together and being the narrator in the film, he has lengthy dialogues. My dialogues are few. I used to watch him as he entered the set in his cop get up. He looked so charming and delivered his dialogues with a majestic air,” said Balan, adding that he also gave her a few suggestions on acting.

Balan took the film largely because of Prithviraj. Also, she was hooked by the script since it was an interesting horror thriller. “My mom is a Malayalee and I wanted to be part of big starrer and a different kind of film. Also, I like the fact that Malayalam films are done in a realistic way. But at this stage, I would love to work in any regional language, even an Oriya film,” pointed out Balan.

In her view, language barriers do not exist anymore, as OTT has opened up more avenues for actors to act in various film projects across the country.

“A classic example is Priyamani and Samantha, who were associated with a pan-Indian project. That is a great space to be in, frankly, OTT is changing the script of Indian cinema,” said Balan, who was highly praised for her layered role in her debut Tamil film, Arivu. In fact, superstar Rajnikanth too had loved the film and called up the director to compliment him.

Balan, who has binge-watched OTT shows like Family Man, Pataal Lok, The Marvellous Mrs Maisel, Mare of Easttown, also watched a few horror films to get into the space to enact her role in a horror thriller like Cold Case. “Yes, I watched Conjuring, Animal…because I have never acted in a horror film. I wanted to see how other actors emoted in a scary scene. I did that just to give me an understanding. Also, I am not a big believer of the supernatural. In fact, I don’t get scared easily,” said this spunky Chennai actress.

Moreover, since she is of more an understated actor, Balan was worried if her performance was adequate after each take. But a lot of films in this genre make use of sound to convey the scare and the creepy mood, and since Cold Case was focussed on the plot, she did not have to put in a lot of effort for her role, she said.

It was a far cry from her first film, Aruvi, which had a “complete package of emotions” she had to contend with. Balan also lost ten kilos and locked herself up for a few days before  the climax scene of Arivu but Cold Case did not require any of that, admitted the actress, who has Nivin Pauly starrer, Parvettu and Mani Ratnam’s anthology, Navarasa, in her kitty as well. Navarasa is expected to release in August this year.