Stand-up comedian Vir Das’ 7-minute viral video clip, which is a brutally honest, satirical take on the two Indias we live in, continues to evoke strong mixed reactions. Even as a police complaint has been filed against the comedian in Delhi, Congress leaders Kapil Sibal and Shashi Tharoor have stepped in to offer their support.

Sibal tweeted that nobody doubts that there there are two Indias. It is just that we don’t want an Indian to tell the world about it, he said. Not before adding for good measure, “We are intolerant and hypocritical,” wrote Sibal.

Das’ video clip, titled “I come from two Indias”, which has notched up 8.64 lakh views so far, has to do with a monologue Das had delivered towards the end of his performance at the John F Kennedy Center for the Performing Arts. In the monologue, Das talks about the inherent contradictions in India in matters related to COVID-19, air pollution, farmers’ agitation, cricket and incidents of rape. 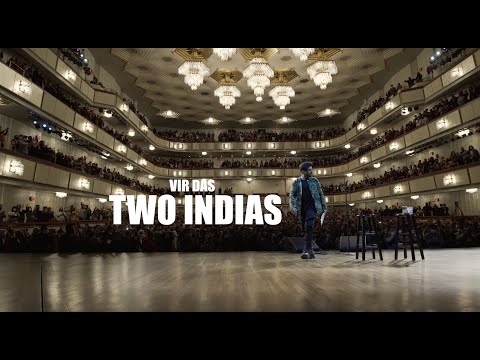 Also read: Support pours in for Suriya amid Vanniyars’ criticism of ‘Jai Bhim’

This video clip has predictably stirred up a storm. An FIR has been filed against the comedian in Delhi’s Tilak Marg police station. An Aditya Jha has filed the complaint alleging that the actor has made indecent remarks against the country at an event organised in America, said an Indian Express report. While, Bollywood actor, Kangana Ranaut, who is drawn to controversy like a moth to flame, slammed Das, for generalising all Indian men as gang-rapists since this would encourage racism and bullying against Indians all over the world.

But Congress leader Shashi Tharoor backed Das, commending him for “speaking for millions. “A stand-up comedian who knows the real meaning of the term “stand up” is not physical but moral. @thevirdas spoke for millions in this 6-minute take on the Two Indias he hails from & stands up for,” wrote Tharoor on Twitter.

Meanwhile, Das took to Twitter to defend his video as a satire on the “good and evil” within the country. “It is a satire about the duality of two very separate Indias that do different things. Like any nation has light and dark, good and evil within it. None of this is a secret,” Vir Das explained in the statement.

Further, he said that the video appeals to us to never forget that we are great. “To never stop focussing on what makes us great. It ends in a gigantic patriotic round of applause for a country we all love, believe in, and are proud of. That there is more to our country than the headlines, a deep beauty. That’s the point of the video and the reason for the applause,” Das said.

Also, he cautioned people not to be fooled by edited snippets. “People cheer for India with hope, not hate. People clap for India with respect, not malice. You cannot sell tickets, earn applause, or represent a great people with negativity, only with pride. I take pride in my country, and I carry that pride across the world,” he wrote.