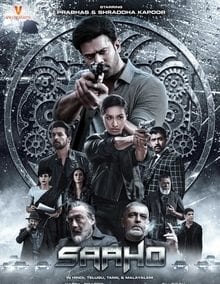 Prabhas “Saaho” has some uncanny similarities with French filmmaker Jerome Salles 2008 film “Largo Winch” and the director has criticised the makers of the multi-lingual Indian movie for creating a “bad” copy.

“Largo Winch” is an action thriller based on the Belgian comic book of the same name, and post the release of “Saaho” on Friday many social media users pointed out how the film looked like a rip-off of the successful French movie.

Salle, who was being tagged by a lot of users on microblogging site Twitter, seemed upset by the team of “Saaho” and advised Telugu directors to at least make the copy “properly”. “It seems this second “freemake” of Largo Winch is as bad as the first one. So please Telugu directors, if you steal my work, at least do it properly?” Salle tweeted. This is not the first time Salle has accused Telugu filmmakers for stealing his work.

In 2018, he had claimed that “Agnyaathavaasi”, featuring Pawan Kalyan, was also a copy of “Largo Winch”. The film was written and directed by Trivikram Srinivas. “Sahoo”, directed by Sujeeth and also featuring Shraddha Kapoor, has minted over 90 crores in India.