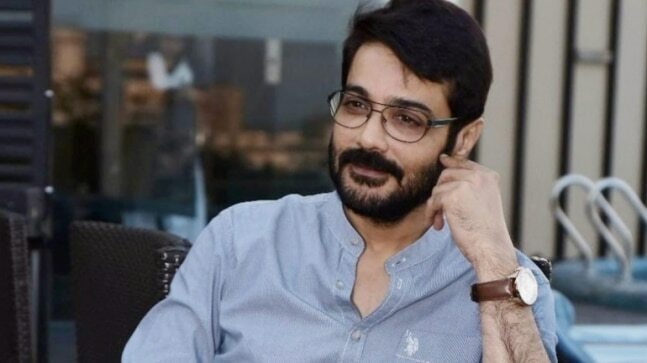 Hadn't tweeted this as ‘actor Prosenjit Chatterjee’, but as a fellow citizen, so that no one faces this kind of problem in the near future, said the Bengali actor.

Bengali superstar Prosenjit Chatterjee took to Twitter again to explain why he had tagged Prime Minister Narendra Modi and West Bengal CM Mamata Banerjee in his complaint against online food delivery app Swiggy, after he was trolled for doing so.

“These days we are all dependent on all kinds of apps and I personally use them and appreciate it. But people, who are serving food or medicines through apps, should be even more responsible. If a medicine doesn’t get delivered on time, it can be fatal to someone,” Chatterjee said in a letter, posted from his Twitter account.

“I have tweeted this not as ‘actor Prosenjit Chatterjee’, but as a fellow citizen so that no one faces this kind of problem in the near future. I know some people might laugh at this tweet but I just wanted to make people aware that people hailing from the service industry should be more responsible,” Chatterjee said in the letter, adding that he didn’t have any grudge against anybody.

“However, I wanted to draw your attention because I feel anybody can face this issue. What if someone relies on a food app to get food delivered for their guests and the food never arrives? What if someone is depending on these food apps for their dinner? Will they stay hungry? There can be many such situations. Thus, I felt it was necessary to talk about it,” read the letter shared by Chatterjee.

Earlier, the actor had alleged that while he had booked food at his home address from Swiggy, it was not delivered and the deliver app claimed that the food was handed over to him. Chatterjee also wrote that he got the refund after he raised the issue with the company.

“I want to draw your attention to an issue I recently faced. On November 3, I placed an order on food delivery app Swiggy. After some time the status of the order changed to delivered but I never received the food. After raising the issue with Swiggy, they refunded me the money since the order was prepaid,” Chatterjee had tweeted, tagging PM Modi and CM Banerjee.

Chatterjee’s tweet went viral on social media, with many trolling him for tagging Modi and Banerjee over the non-delivery of food from the app.