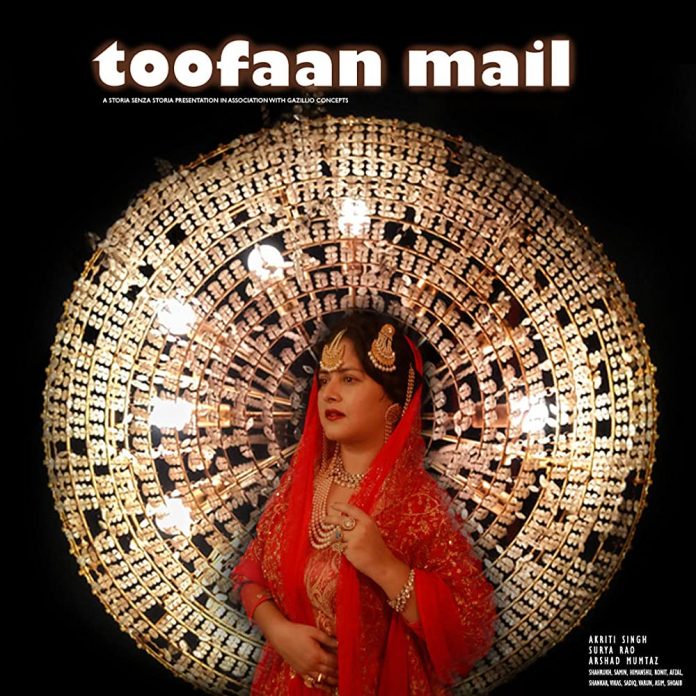 In November 2019, when the New York Times reporter Ellen Barry unveiled the true story about Delhi’s eccentric royal family of Oudh, the country’s historians, media, politicians and social elites were completely shaken up. The story not only cleared the mystery surrounding the family, but it also showed how international media too can fall prey to bogus claims.

There is a 14th century old building from the Tughlaq era called ‘Malcha Mahal’, which is situated deep inside a forest area in Central Ridge, off the Sardar Patel Marg in Chanakyapuri in Delhi. It was here, a family of three namely Begum Wilayat Mahal, and her children, prince Ali Cyrus Raza and princess Sakina, lived till their death. They claimed to be the legal heirs of King Wajid Ali Shah, the ruler of Oudh, a princely kingdom in today’s Uttar Pradesh.

They resided in this building for 40 years with that unproven claim and all these years, the media both in India and foreign, wrote reams of stories on the family. It was only after the New York Times story the outrageously false claim was exposed.

A train to India

The entire saga began when Wilayat Mahal arrived at a railway station in Delhi in the 1970s. Wilayat, along with her children, and an entourage of servants and pet hounds, squatted in the waiting room of Delhi railway station for more than a decade. She was called by her servants as ‘Royal Highness’ and demanded that others call her that too. Wilayat demanded that the Indian government provide her a palace and restore some of the properties of their kingdom.

The family’s existence in a railway station grabbed the attention of not just the Indian media but also international journalists made a beeline to meet her. Soon, Wilayat became a sensation. Finally, in 1984, the then Indira Gandhi government agreed to provide the family a palace, Malcha Mahal, which was once possessed by the rulers of Oudh. However, their life remained shrouded in mystery as the family detested outside interference and led a reclusive existence.

When the lid was blown off on the true antecedents of the family, it was learnt that they were not the descendants of the Oudh King Ali Shah, but they were an ordinary family displaced by the Partition in 1947. The Begum, or queen of Oudh, was actually Wilayat Butt, the widow of Inayatullah Bhat, a registrar at the University of Lucknow. Her son, prince Cyrus was actually Mickey Butt; her daughter, princess Sakina, was Farhad Butt. The family, before arriving in New Delhi, had lived in Kashmir and it was there, Wilayat had started to project herself as the heirs of the Oudh ruler.

Till the death of Prince Cyrus in 2017, (Wilayat Mahal had died in 1992, having allegedly swallowed crushed diamonds in her possession, while her daughter passed away a few decades later), the family had always been in touch with the international media. That could have also helped the family to build the royal narrative around them. The piece written by Ellen Barry unmasking the Mahals was a finalist in the 2020 Pulitzer Prize competition.

While acclaimed filmmaker Mira Nair is said to be making a series for Amazon Prime Video based on The New York Times report, actress turned director Akriti Singh came up with a fictional take on this real life story. Titled ‘8 Down Toofan Mail’, the film stars Akriti Singh and Telugu actor Surya Rao in the lead roles.

The film starts with the Queen of Awadh (played by Akriti Singh) arriving at a railway station in Delhi. She is being called as ‘Her Royal Highness’ by her servants and she is there to meet Prime Minister Indira Gandhi to demand that her royal properties be restored. It was at that time, railway employees are engaged in a strike to protest against the long working hours. While the government ignores the Queen at first, the PM later accepts to meet her. All along, the railway employees view the Queen with suspicion as a stooge of the government brought in to divert the attention of the media and sabotage their strike.

Many real life characters like Saiyyid Ammar Rizvi, who had acted as an intermediary between the royal family and the government, are also woven into the plot of the film. The scenes such as the Queen not wanting to meet ‘coloured’ journalists and only willing to be photographed when the moon was waning makes for a perfect blend of fact and fiction. The film is also peppered with poems by Mirza Ghalib and Wajid Ali Shah, which gives it a poetic touch.

In fact, the film opens with the first half quote of the renowned writer Ernest Hemingway: “If the reader prefers, this book may be regarded as fiction”. And ends with the last part of the quote: “But there is always the chance that such a book of fiction may throw some light on what has been written as fact”.

The one and half hour film, screened on November 21 at the IFFI, picked up the Best Film Award (Youth Curated Choice) at the UK Asian Film Festival held on June this year.