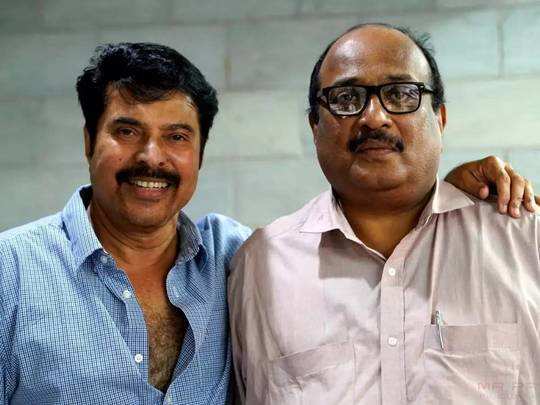 Few scenarists ruled Malayalam cinema like Dennis Joseph did. Churning out blockbuster after blockbuster, Joseph was the highest-paid writer in Kerala for a decade or so. Then, suddenly, Joseph vanished from the limelight and remained elusive for years.

On Monday (May 10), he breathed his last at a private hospital in Kottayam following a heart attack.

Joseph, who made his debut in Eeran Sandhya in 1985, slowly rose to prominence, having delivered some of the biggest hits in Malayalam. What made Joseph different was that never did he go overboard with full-blown commercial stuff, instead relying on beautifully interwoven characters and impeccable character sketches. That was an age with no larger-than-life stars though Mammootty and Mohanlal were on the verge of stardom.

It was Joseph’s scripts and characters that catapulted both Mohanlal and Mammootty to the cusp of superstardom. If Rajavinte Makan took Mohanlal  (who can forget Vincent Gomas, the deadly don?) to another level, Joseph’s New Delhi virtually gave a cinematic rebirth to Mammootty. After a string of failures, Mammooty stormed back to the top, with New Delhi emerging as the biggest Malayalam hit in 1986. Mammootty’s GK (a no-holds-barred investigative journalist who took on political heavyweights in New Delhi) still remains one of his towering performances in his decades-old career.

In an interview with Rediff, New Delhi’s director Joshiy recollected those days: “In 1986, all of his films flopped miserably. Everybody wrote him off. Many predicted that Mammootty’s days as a hero were over and that hitherto, he would get only supporting roles. We had worked in four films that year — all flopped. It was one of his worst years. Why, youngsters wouldn’t go near the theatre if they found it was his film. It was that horrible a state he was in.”

“We were in Kashmir shooting for Nair Saab, when news of New Delhi‘s success reached us. I think that was the happiest day in his life. He hugged almost all of us and he knew he was back with a bang,” Joshiy said in the interview.

New Delhi made waves all across the country, with remake rights lapped up in almost all industries. Joseph’s script became the talk of the town, leaving even masters like Satyajit Ray and Mani Ratnam in awe.

Blew away by the script and its finesse, ace director Mani Ratnam approached Joseph to write Anjali, but for multiple reasons, the latter could not write the script.

From then on, Joseph never looked back. Though there was a time when he wrote as many as 10 scripts in a year, he tried to ensure that the quality didn’t suffer.

Then he took a long sabbatical.

“I went into depression and turned out to be an alcoholic. I was cut off from the industry for long, and I even I did not know what was happening to me. I kept drinking and drinking in my balcony, staying aloof from even my family members. Those were the darkest days of my life,” Joseph told a private channel even as he was trying to make a comeback.

“I have some interesting threads in my mind. I stopped drinking and this is like a new lease of life. In fact, I have already started writing a script. Soon, you will get good news. I need to be active again,” Joseph told The Federal in December 2019.

That comeback, the way he wanted or yearned for, never happened.