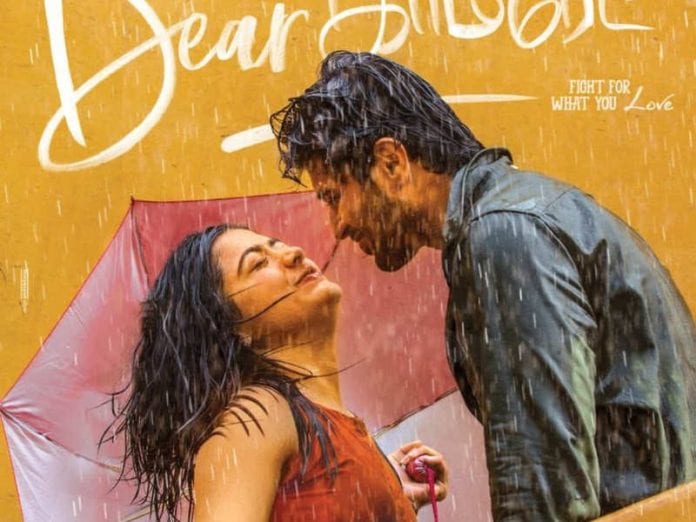 The excitement, anticipation and noise over Vijay Devarakonda’s Dear Comrade is unmissable. The movie is all set out to release today (July 26) in four languages – Telugu, Tamil, Malayalam and Kannada. The Telugu movie’s rights for remake in Hindi has already been purchased by Karan Johar.

The deliberation about the movie hardly comes as a surprise, as Vijay enjoys a huge fan following pan-India with lakhs of followers. The actor has already proven his mettle with smashing hit Arjun Reddy (2017), which was remade in Hindi (Kabir Singh) and Tamil (Adithya Varma).

Shahid Kapoor’s Kabir Singh has earned around ₹322 crores till date and is still having a dream run at the box-office.

While the audience is waiting with bated breaths to watch another Devarakonda magic unfold on the big screen with Dear Comrade, we can’t help but notice similarity between Dear Comrade and Arjun Reddy.

ALSO READ: In defence of Kabir Singh, a man flawed like many around us

In Dear Comrade, Arjun plays the role of a student leader and Rashmika Mandanna, the lead actress, is a state-level cricketer.

In the trailer, that has got over 12 million views on YouTube, the same rugged Vijay, with ruffled hair and anger written all over the face can be seen fighting with other characters, similar to what we saw in Arjun Reddy.

Furthermore, seeing the trailer it can be said that the delicate, passionate lover ‘Arjun’ who is easily instigated is once again revived in ‘Bobby’ aka Chaitanya Krishnan in Dear Comrade, who again seems like a rebel, but, with a cause.

But, Vijay doesn’t agree with the claims.

Clarifying the air, in an interview to IANS the actor said, “There are a couple of scenes where you might be reminded of the angry Arjun Reddy. As characters and their ideologies, however, both of them are different. As much as I’m proud of Arjun Reddy, I’ve started to get tired of the image, and people trying to compare that role with anything I do. I want to prove I can do (other things). As an actor, I need to give other dimensions that will be remembered, and I’m working towards it.”

While time will tell if Vijay can break away from the typecast mould, one thing can be surely ascertained about the actor is that, he has arrived, both literally and figuratively.

Devarakonda was spotted in Mumbai on Tuesday (July 23) and people went crazy with speculations. Various videos did round where the actor can be seen casually getting clicked, conversing with paparazzi and even asking them, “What is this Thalavali man?” indicating that he is not very used to getting papped.

ALSO READ: In reply to a defence of Kabir Singh: enough glorification!

Later adding fuel to the fire, Karan Johar posted a picture with the star on Instagram and rumours were rife that Vijay might do a Bollywood movie soon.

But, quashing these rumors Vijay said he is not interested in reprising roles he has already played. “We have a lot of stories to tell and had I signed on Hindi remake of Arjun Reddy, I would have missed on four good films in Telugu. I want to be a part of a film that becomes a talking point in Hindi. So let’s see when the right script comes” the actor added in an interview to The New Indian Express.

Had the pleasure to be the first to see #dearcomrade ! What a powerful and intense love story !!! Top notch performances by @thedeverakonda and @rashmika_mandanna !! The film is exceptionally moving and leaves you with such an important and relevant message! Strongly directed by debut director @bharatkamma and wonderfully produced by @mythriofficial !! Exceptional music by #justinprabhakaran Glad to ANNOUNCE that @dharmamovies will be producing the Hindi remake of #dearcomrade !! Super excited about this!!!

All these speculations, rumors, publicity tell a lot about Deverakonda’s future in the movie business, they say, he is not just a phase, but here to stay.

So what makes Vijay Devarakonda a rage amongst people? Is it the character he plays, the movies he chooses or the way he carries himself off screen?

Neethi, a movie enthusiast feels, she can connect to the characters Vijay plays, “the innocent face and boyish charm is what I fell for.”

Another self-proclaimed Vijay fan, Divya says, “His fearless attitude both, on and off camera is very appealing. His macho image is very convincible and that’s why I like him.”

A lot of female fans that The Federal spoke to, feel that Vijay has a larger-than-life like image. He defies the conventional hero-like qualities and yet, is very desirable.

In a press conference where Vijay and Rashmika were present to promote their movie, a few reporters kept asking Rashmika about the lip-lock scene in Dear Comrade, and some others questioned her decision to break up from her ex-fiancé Rakshit Shetty (Kannda actor).

Stepping up in the situation, defending Rashmika, Vijay slammed the reporters for asking personal questions to the actress and even requested people to not judge her, according to a report in India Today.

After the incident, Vijay was praised for his understanding and chivalry.

On the flip side, there are also those who feel that the actor should be morally responsible and refrain from portraying character that is chauvinistic like that of Arjun Reddy.

To come up in the Telugu movie industry that is largely dominated by a few prominent families – NTR, Chiranjeevi, Allu, Daggubati, Akkineni, Manchu, Mahesh Babu – it takes guts, hardwork, determination and zeal to succeed, all of which Vijay Devarakonda seems to posses.

You can like him, hate him, but just cannot ignore him.