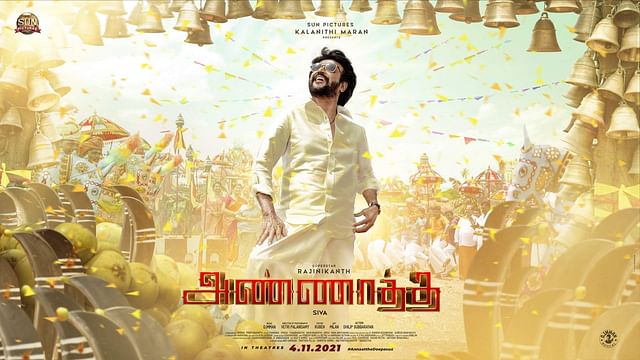 With cinema halls opening in Maharashtra on October 22, and many other states giving the nod to 100 per cent seating in theatres, many production houses have rushed to announce the release of their films. But what with the backlog of big ticket films,  major clashes are expected at the box-office in the coming months.

To add to the chaos, Hollywood too has a slew of big blockbusters lined up like the Oscar winner Chloe Zhao’s ‘Eternals’ and ‘Batman’ that are expected to offer fierce competition to Indian films, especially during the festive season.

One of the first face-offs at cinema theatres will be Akshay Kumar’s cop caper, ‘Sooryavanshi’ with superstar Rajnikanth’s ‘Annaatthe’ and Hollywood ‘Eternals’.

Moreover, according to a Times of India report, the makers of ‘Sooryavanshi’ have been calling theatre owners demanding 100 per cent screens on the day of their release—November 5. This has apparently put a spoke in the wheels of the release of a Salman Khan starrer, ‘Antim’.

Manjesh Manjrekar told TOI that ‘Antim’ is releasing in November but they were yet to  decide on the date. “But, a clash of films is unavoidable now, since there is a backlog of two years. A lot is at stake here and there have been examples in the past where films have clashed on the same release date and yet both have done well,” said Manjrekar to TOI.

Fearing the competition from ‘Sooryavanshi’, the Shahid Kapoor starrer ‘Jersey’, the Hindi remake of the 2019 Telugu blockbuster, has been pushed to December 31.

Also read: 3 things to know before world premiere of James Bond’s ‘No Time to Die’ 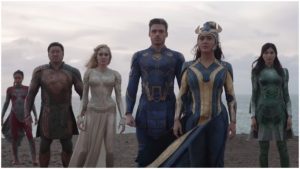 ‘Eternals’, a superhero film from the Marvel universe, however is headed to the theatres as a worldwide release on November 5. The official synopsis describes the plot as Eternals being the ancient aliens who have been living on Earth in secret for thousands of years. Following the events of Avengers: Endgame, an unexpected tragedy forces them out of the shadows to reunite against mankind’s most ancient enemy, the Deviants. The film has actors like Angelina Jolie, Kit Harrington, Salma Hayek etc.

‘Sooryavanshi’ however will have to fight for screen space in the south for superstar Rajnikanth’s film ‘Annaatthe’ is slated to release at the same time. ‘Annaatthe’s first look was unveiled on Ganesh Chaturthi with Rajinikanth dressed in a festive traditional vesti and shirt looking skywards!

The shooting of the film directed by Siva was postponed a couple of times due to pandemic scares and in the backdrop of the superstar dithering about floating his own political party. But ‘Sooryavanshi’, directed by ‘Singham’ director Rohit Shetty is a star-studded ensemble with Katrina Kaif, Ajay Devgn and Ranveer Singh. It has been one of the most-awaited Bollywood movies not only because of its star-studded ensemble, said an Indian Express report.

Meanwhile, ‘Laal Singh Chaddha’, the remake of the popular American film ‘Forrest Gump’, was long rumoured to set Christmas as its release date. But the makers have finally announced that the film will hit theatres on Valentines Day, 2022. This is also probably because the much-anticipated Ranveer Singh starrer ’83’ which captures India’s journey of winning the 1983 World Cup, is headed for a Christmas release this year. ‘Laal Singh Chaddha’ has been directed by Advait Chandan, of ‘Secret Superstar’ fame. The film, also stars Naga Chaitanya, and has been produced by Aamir Khan productions and Ajit Andhare.

Another Akshay Kumar film that will face a box office clash is action comedy ‘Bachchan Pandey.’ The film slated to arrive on March 4 will face stiff competition from the much-awaited DC movie ‘Batman’.

‘Bachchan Pandey’, which features Kriti Sanon, Jacqueline Fernandez, and Arshad Warsi as well, is a genre that Akshay Kumar has consistently delivered superhits, said media reports. Meanwhile, expectations are riding high on ‘Batman’ starring Robert Pattinson, and directed by Matt Reeves. Footage from the movie was also screened during the Warner Bros presentation at CinemaCon.

And, what’s pumped up the excitement is the fact that this Batman is “rageful and his fight is very personal”. The director Reeves has also revealed that this film is based on Frank Miller’s iconic 1987 comic-series Batman: Year One, which is considered as the definitive origin story of the Caped Crusader.

Somewhere in between this clash of the titans, Ranbir Kapoor’s first film in three years since ‘Sanju’ (2018), ‘Shamshera’ finally got a release date. Produced by Yash Raj Films, this period action film is slated for a March 18, 2022 release. It is meant to be an “adrenaline pumping entertainer” and stars Vaani Kapoor and Sanjay Dutt in pivotal roles.

In April 2022, it will be Ajay Devgn vs Tiger Shroff when their films ‘Mayday’ and ‘Heropanti’ 2 will release on the same day. ‘Mayday’ not only stars Ajay Devgn but has also been directed by the actor. It also has Amitabh Bachchan and Rakul Preet Singh. While Tiger Shroff’s Heropanti 2, also features Tara Sutaria in the lead role, and is the sequel to his hit Bollywood debut Heropanti (2014). 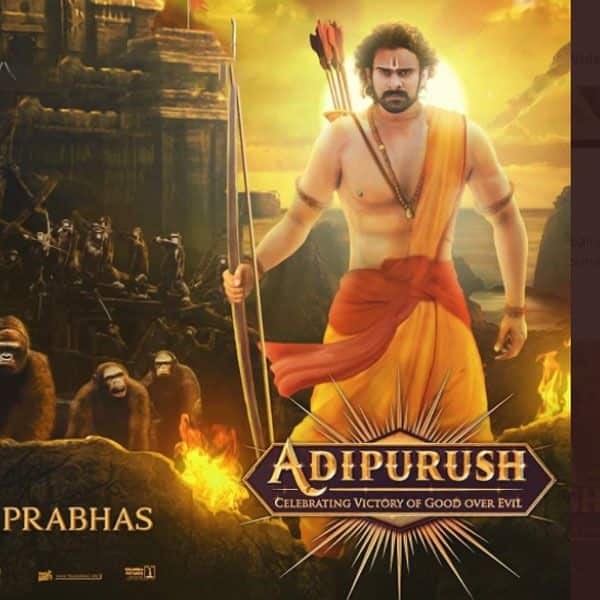 Finally in August, the clash will be between Prabhas-led ‘Adipurush’, touted as a pan-India film, against Akshay Kumar’s sibling saga ‘Raksha Bandhan’. ‘Adipurush’, inspired by Ramayana, also features Saif Ali Khan, Kriti Sanon and Sunny Singh. While Prabhas is playing a character based on Lord Ram, Saif’s role is reportedly inspired by Ravana. Adipurush is said to be a lavish production bankrolled by T-Series. They will have to contend with the big-budget sequel to KGF, starring Yash and Sanjay Dutt, will hit the screens on August as well.

On October 14, a big box office clash is expected between Sudeep’s ‘Kottigabba 3’ and Duniya Vijay’s ‘Salaga’. Two weeks later, Shivarajkumar’s fantasy flick ‘Bhajarangi 2’ will hit the screens on October 29. Though ‘Kottigabba’ producer Soorappa Babu had requested the producer of ‘Bhajarangi 2’, he did not budge.

“It’s a festive month and we waited too long for full occupancy in theatres. I had no other option,” Babu told Deccan Herald. Clashes are inevitable, added the producer. People had laughed at him when he released ‘Kotigabba’ at the same time as Kamal Haasan’s ‘Alavandhan’, but the film went on to become a blockbuster, while the Tamil film bombed, he told DH.

It all boils down to good content, said the producer of ‘Salaga’, K P Srikanth. A Kannada film ‘Rangi Taranga’ took on the might of ‘Bahubaali’ in 2015 to also emerge as a winner at the box office.