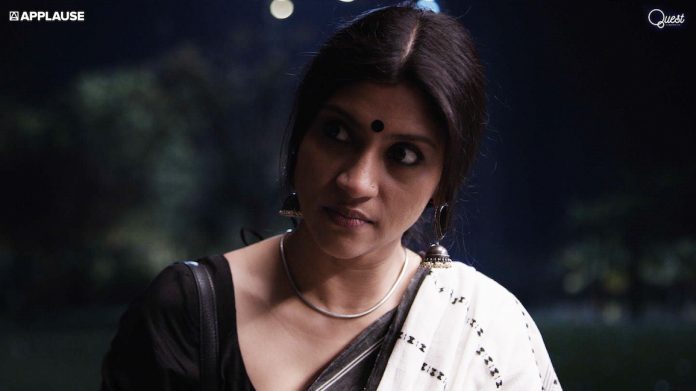 'The Rapist' marks the reunion of the talented mother-daughter duo of Aparna Sen-Konkona Sen Sharma. Arjun Rampal and Tanmay Dhanania also feature in the film in key roles

Aparna Sen’s latest film ‘The Rapist’, which features her daughter Konkona Sen Sharma, will premiere at one of Asia’s biggest and celebrated film event – the Busan International Film Festival (BIFF) – next month and also compete along with seven other Asian films for a prestigious award.

‘Rapist’, which probes the psyche of the rapist and the aftermath of the crime on the survivors, will be showcased in ‘A Window on Asian Cinema’ section. It has also been nominated for the Kim Jiseok Award, which will be announced during the closing ceremony.

This film marks the reunion of the talented mother-daughter duo of Aparna Sen-Konkona Sen Sharma, who have worked together in several acclaimed films, including the national award-winning, Mr And Mrs Iyer. ‘The Rapist’ also features Arjun Rampal and Tanmay Dhanania in key roles.

In her film, Sen chronicles the journey of three protagonists whose lives get entwined because of one horrific incident. According to the BISSF website, Sen’s 16th film ‘Rapist’ narrates a story about an incident that suddenly and completely disrupts the comfortable life of a couple, who are both professors and anti-death penalty activists, and follows their lives after the incident.

The 76-year-old director has made an insightful portrayal about the problems of gender, class, laws, and institutions in India by capturing the devastating aftermath of the incident that the couple face, said the website.

In a media statement, Aparna Sen however had her own take on the film. What drew this director to this story was the ‘psychology’ of the three protagonists besides trying to explore the reasons why our society turns out rapists in such numbers. She also delves into the inequalities in our social system responsible for giving rise to criminals.

“Stripping off the layers and the carefully built up facades to get at the person underneath was a fascinating process. Fascinating too was getting the two Indias to come face to face – the India that lives in urban slums with its age-old beliefs, and educated urbane India with its ‘progressive’ value systems,” said Sen, who has won the Padmashree award for her Contribution to Cinema and the Satyajit Ray Lifetime Achievement Award. 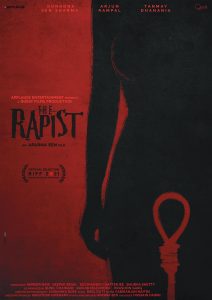 ‘Rapist’ has been produced by Applause Entertainment, a venture of the Aditya Birla Group, which has earlier produced ‘Criminal Justice’ and ‘Scam 1992: The Harshad Mehta story’. The CEO Sameer Nair pointed out that they were convinced that Aparna’s unique brand of storytelling, especially of complex themes plaguing our society would resonate with the world audience at large.

The 26th edition of the Busan International Film Festival will be held from October 6 to 15 this year.

Aparna Sen, the daughter of critic and filmmaker Chidananda Dasgupta, was launched in films by none other than the renowned Satyajit Ray with his ‘Samapti’.

Her directorial debut in the year 1981 was an English film, ‘36 Chowringhee Lane’, which was also written by her. The film won multiple award including the Golden Lotus for best Direction at the National Awards in India. Her other directorial works includes memorable films like ‘Sati’, ‘Paroma’, ‘Picnic’, ‘Yugant’, ‘Paromita’r Ek Din’ and ‘Mr and Mrs Iyer’ and ‘The Japanese Wife’.

In recent years, she has made several films – ‘Arshinagar’, which is a musical adaptation in Bengali of William Shakespeare’s Romeo and Juliet; ‘Saari Raat’, which is a film version in Hindi of Badal Sarkar’s play ‘Saara Rattir’; ‘Sonata’, a chamber piece based on Mahesh Elkunchwar’s celebrated play of the same name and ‘Ghawre Bairey Aaj’ (Home and the World Today), inspired by Tagore’s famous novel ‘Ghawre Bairey’.