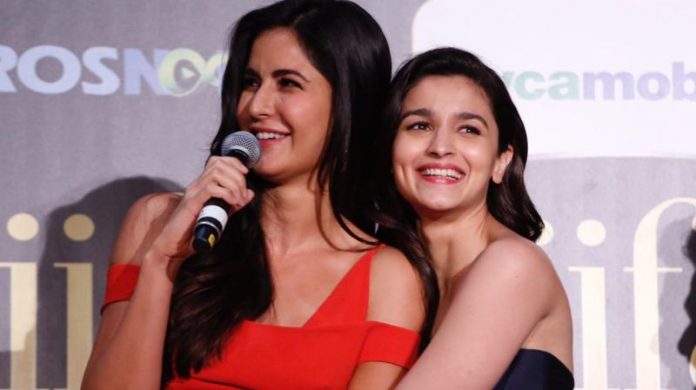 Farhan Akhtar said that 'Jee Le Zaraa' with Priyanka Chopra, Katrina Kaif and Alia will commence filming in 2022. He can't wait to get the show on the road, he added.

Bollywood actor-director Farhan Akhtar did not disappoint his fans when he picked the 20th anniversary of his cult film Dil Chahta Hai to unveil his next directorial venture Jee Le Zaraa, with three of Bollywood’s reigning leading ladies Alia Bhatt, Priyanka Chopra Jonas and Katrina Kaif.

What’s more, this film looks like it will be a road movie, as the poster shows a car decorated with a pretty colourful collage of roads, mountains, seashores, forts and camels.

It is a casting coup of sorts as this is the first time the three actors will team up to appear in a Bollywood film together. Will it be a movie based on female bonding a la Thelma & Louise? According to the poster, the film is being written by the Akhtar siblings, Farhan and Zoya, along with their long-time collaborator Reema Kagti.

Farhan, who was recently seen in his actor avatar in boxing drama Toofan (which had picked up mixed reviews) had last directed Shah Rukh Khan’s Don 2 in 2011, said a News18 report. There were speculations that he would direct the third film in the Don franchise but after a ten year wait he has come up with this new exciting project, which is all set to sparkle with its glamourous all-new star cast.

Announcing this news on his Instagram page, the actor-director said, “Did someone say road trip? Thrilled to announce my next film as director and what better day than 20 years of Dil Chahta Hai to do it? The film Jee Le Zaraa with Priyanka Chopra, Katrina Kaif and Alia will commence filming in 2022, he said, adding that he cannot wait to get this show on the road.

The movie’s release date and other details are awaited still, added the News18 report. This announcement also comes in the wake of Farhan and Ritesh Sidhwani’s production house Excel Entertainment completing 20 years recently. Farhan and Zoya, who seem to have a pulse on making entertaining, feel-good, coming-of-age films have earlier directed successful road trip films such as Dil Chahta Hai (2001), and Zindagi Na Milegi Dobara (2011). Jee Le Zaraa is slated for a 2023 release.