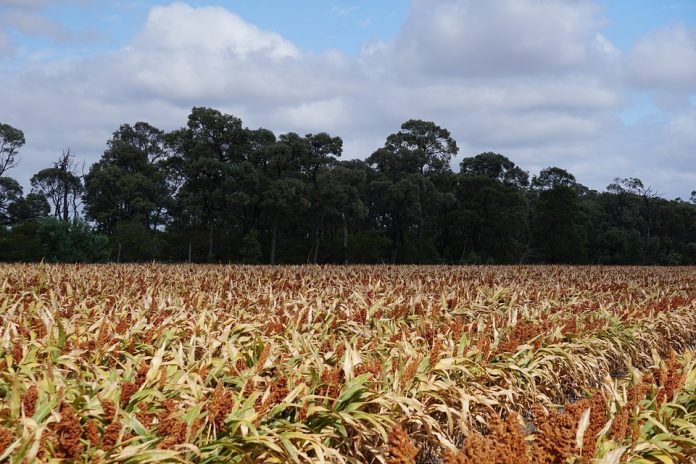 A thoroughly weakened Congress may not be in a position to put up a fight in Telangana but Chief Minister K Chandrasekhar Rao’s daughter K Kavitha is facing resistance from an unexpected quarter: angry farmers.

As she seeks re-election from Nizamabad Lok Sabha constituency, the Telangana Rashtra Samithi (TRS) leader is up against the growing anger among the farming community over a lack of remunerative prices for turmeric and red jowar, the major crops in the region bordering Maharashtra.

Taking the ballot route to register their protest, as many as 178 farmers filed their nominations. Repeated efforts by local TRS leaders to convince them to withdraw from the fray have proved futile. A piquant situation has arisen with a total 185 candidates contesting, prompting the Election Commission to make special arrangements for the polling scheduled on April 11.

A set of 12 jumbo-sized Electronic Voting Machines (EVMs) is being deployed at each of the 1,778 polling stations across the constituency. Initially, the poll panel toyed with the idea of opting for ballot papers as a normal EVM can accommodate a maximum of 64 names. However, it was later decided to requisition 26,820 EVMs, 2,240 control units and 2,600 Voter-Verified Paper Audit Trails (VVPAT) of M3 make from the Electronics Corporation of India Limited (ECIL) to meet the special requirement in the constituency.

“It is an open secret that the Congress and BJP leaders have been instigating the farmers to remain in the poll fray. The farmers are aware of our government’s efforts to ensure justice to them and my personal fight against the Centre on their behalf,” Kavitha told The Federal during the campaign in the constituency.

Why are farmers angry

The turmeric and red sorghum farmers filed their nominations en masse to highlight their problems. For several months, the farmers of the district have been agitating, demanding remunerative price for their crops. Their plight has gone largely unnoticed.

The Telangana Kisan Congress chairperson Sunketa Anvesh Reddy, who has been spearheading the agitation, accused all the major parties of failing to come to the rescue of the farmers. “We are left with no option other than choosing the ballot route to register our protest,” he said.

Kavitha has pushed the blame on the NDA government. “I have been sincerely working for the welfare of farmers in my constituency. I made several representations to the central government for setting up of a turmeric board. I have introduced a private member’s bill in the Parliament as well. But, the Centre has been callous and unresponsive,” she said.

Nizamabad is a key hub for turmeric production in India. The farmers say that the investment per quintal works out to ₹9,000 but they get less than ₹4,500 per quintal from the traders. They have been demanding that the government intervene in the market and ensure remunerative price for the produce.

The constitution of a turmeric board has been a long-standing demand. As part of the agitation, farmers held protest rallies and staged a march to Hyderabad to bring their problem to the government’s notice.

A large number of contestants being in the fray poses logistic problems for the Election Commission. One EVM can accommodate 16 names and the control unit can record the voting of only four such EVMs linked together. This means each control unit can register a maximum of 64 candidates.

The additional cost of procuring special, large size EVMs works out to ₹3 crore for each of the seven Assembly segments in Nizamabad LS constituency. Each polling station will have 12 M3 version EVMs, all connected to a single control unit and a VVPAT. These EVMS will be arranged in an ‘L’ shape with each machine carrying a maximum of 16 names. The officials said that all arrangements have been made for the smooth conduct of polling.

This is reminiscent of a situation that the poll panel had to face in the 1996 Lok Sabha elections in Nalgonda constituency when a record number of 480 candidates filed their nominations as a mark of protest against the lack of safe drinking water for the fluoride-affected villages of the district. The EC had to requisition a jumbo-sized ballot paper instead of EVMs to facilitate polling. Most of the independents were sponsored by the Jala Sadhana Samithi, a farmers’ organisation that had launched an agitation for early implementation of Srisailam Left Bank Canal project and drinking water supply scheme for fluoride-affected villages.